Video- After the United fans attacked him.. Salah: I did not mean the Manchester players

The Egyptian star, Mohamed Salah, the top scorer of Liverpool club, explained the truth of his statements that caused the Manchester United fans to attack him after the Reds beat the Red Devils 4-0 at Anfield on Tuesday evening. 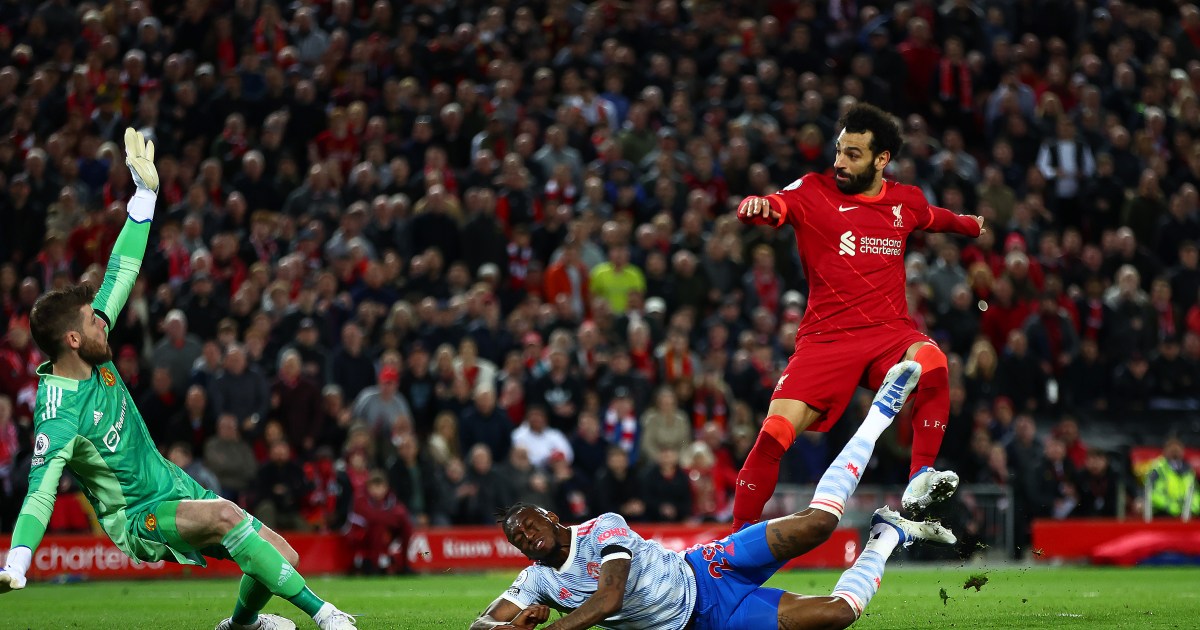 The Egyptian star, Mohamed Salah, the top scorer of Liverpool club, explained the truth of his statements that caused the Manchester United fans to attack him after the Reds beat the Red Devils 4-0 at Anfield on Tuesday evening.

"They make our method easier in midfield and defense," Salah said, in statements to "Sky Sports" immediately after the match.

Every day is a better goal than the one before

Enjoy those shots from Anfield in front of the cup for King Mohamed Salah as he scored his 30th goal of the season!

A number of Manchester United fans misunderstood Salah's talk, and thought he was talking about the midfield and defense in their team;

The fans launched a sharp attack on the Egyptian star, and saw that he was deliberately mocking their team after the big defeat, in which Salah scored two goals and made a third.

A magical Teranga Lion assist and a superb finish by @MoSalah for the Reds' second goal yesterday!

For his part, Salah explained the meaning of the statement in a tweet via his Twitter account, in which he said, "I meant that our midfield and defense make it easy for us."

"I wasn't talking about the Manchester United players that I respect," the Egyptian national team captain added, tweeting.

I meant our midfield, and our defense, make it easy for us.

I was not talking about the Manchester United players whom I respect.

The interaction continued on Salah’s tweet, as some followers expressed their respect for the player for that clarification, while others saw that he did not need to clarify because the context of the speech was understandable.

A number of Manchester fans also saw that Salah did not have to apologize because his words were true in both cases, and they expressed their admiration for the player's respect for their team players in light of the poor level in the recent period.

This is probably the lowest @ManUtd relegation next?

The 'they make our life easier' is a reference to his own defenders and players quickly releasing the ball.

Can see why it would be misinterpreted but he's clearly not having a do at United as a lot of people seem to think https://t.co/NZ8hcBFYRp

Stop twisting words… Mohamed Salah was clear with his answer and now also clarified it again, I think @footballdaily must delete that tweet.https://t.co/06vUv7lV7P

Don't apologise, our players need to hear it.

Why you dey respect them?

Every united players should hang their heads in shame.

This smile, this taunt should make your blood boil.

It makes ours, the fans, blood boil.