The Egyptian star, Mohamed Salah, received the highest rating in his team Liverpool’s match against Manchester United, which was held this evening, Tuesday, in a match postponed from the thirtieth stage of the competition. where I explained 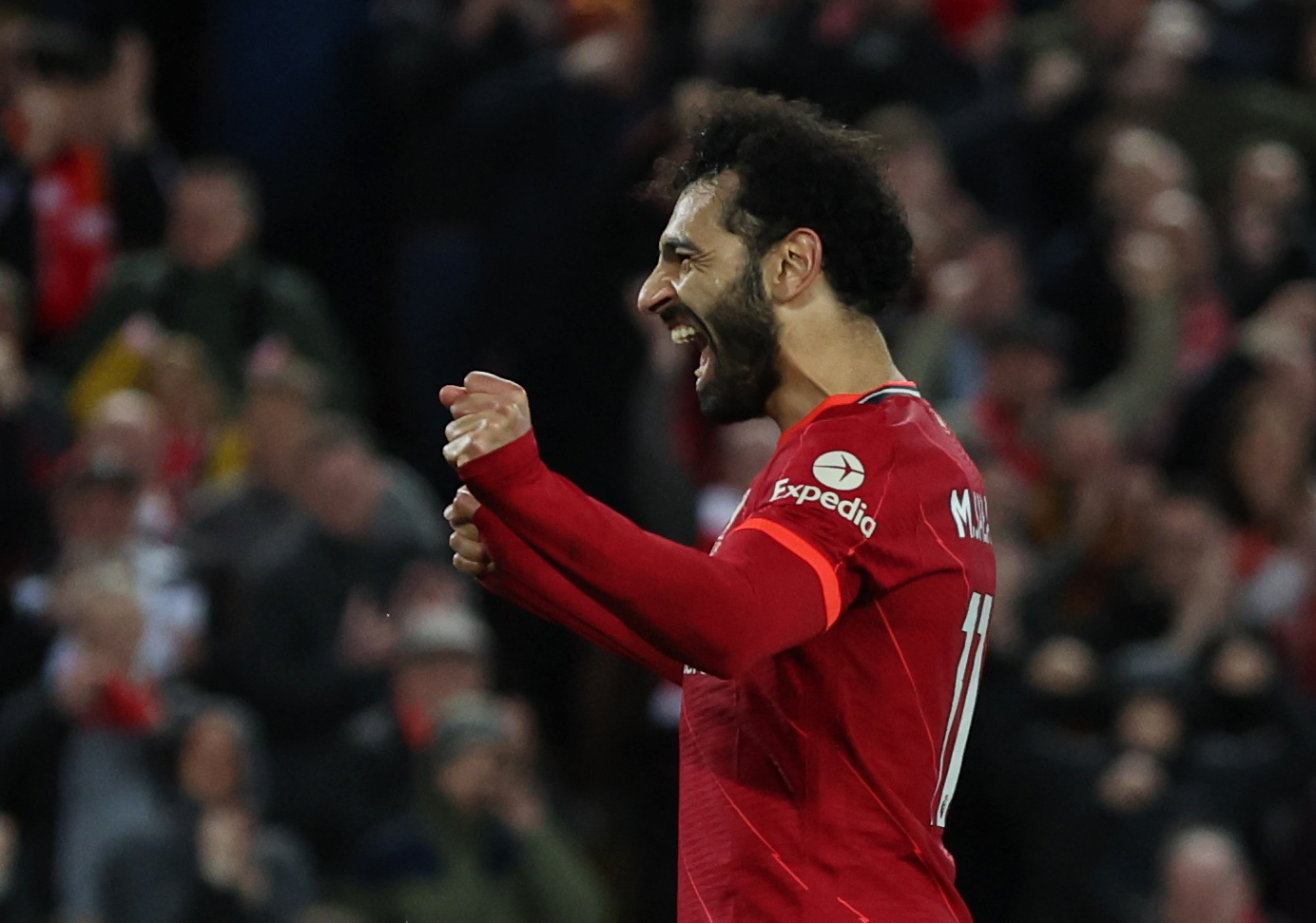 Egyptian star Mohamed Salah got the highest rating in his team Liverpool's match against Manchester United, which was held this evening, Tuesday, in a match postponed from the thirtieth stage of the competition.

According to the global network "Hoscord", Mohamed Salah received the highest rating of 8.8/10, as it indicated that he possessed the ball by 3.2%, and his correct passes rate was 83%.

Mohamed Salah won the interventions once, lost possession of his ball 6 times, and aimed 4 shots, two towards the goal, one outside, and another was blocked by the opponent.

The Egyptian star achieved many records in this match:

Mohamed Salah becomes the player to score the most goals in the Manchester United summit against Liverpool throughout history, equal to Steven Gerrard with nine goals.

Mohamed Salah is the first player to score 5 goals against Manchester United during the same season in the English Premier League.

He kept the top scorer in the English Premier League and raised his score to 22 goals, 5 goals behind Tottenham's Heung Min Son.

He tops the list of goal assists in the English Premier League with 12 goals.

Liverpool raised its score to 76 points to occupy first place, two points ahead of Manchester City, while Manchester United's balance froze at 54 points and fell to sixth place with a goal difference behind Arsenal.

Luis Diaz opened the scoring for Liverpool in the fifth minute, then Egyptian star Mohamed Salah added the team's second goal in the 22nd minute, ending a six-match fasting period for scoring.

In the second half, Senegalese star Sadio Mane added the third goal for Liverpool in the 68th minute, then Salah scored his second and fourth goal for the team in the 85th minute.

Liverpool thus confirmed its superiority over Manchester United, as it had also defeated it in its own home 5-0 in the first leg in the ninth stage of the league last October 24, in the match in which Mohamed Salah scored a hat-trick.

Today's match witnessed the absence of Cristiano Ronaldo from Manchester United, as the club announced that the Portuguese star will not be in the team list due to family circumstances, as he announced yesterday, Monday, the death of his son during his birth, and at the same time announced the birth of the twin sister of his deceased son.