Between farces and accusations of corruption... the "scandalous" African arbitration in the dock

A championship or even a round of African competitions does not pass without witnessing an arbitration crisis and accusations of bias in the referee may amount to stigmatizing it with corruption, and we are trying, through the following lines, to put our hands on the causes of the disease, in an effort to find the cure. 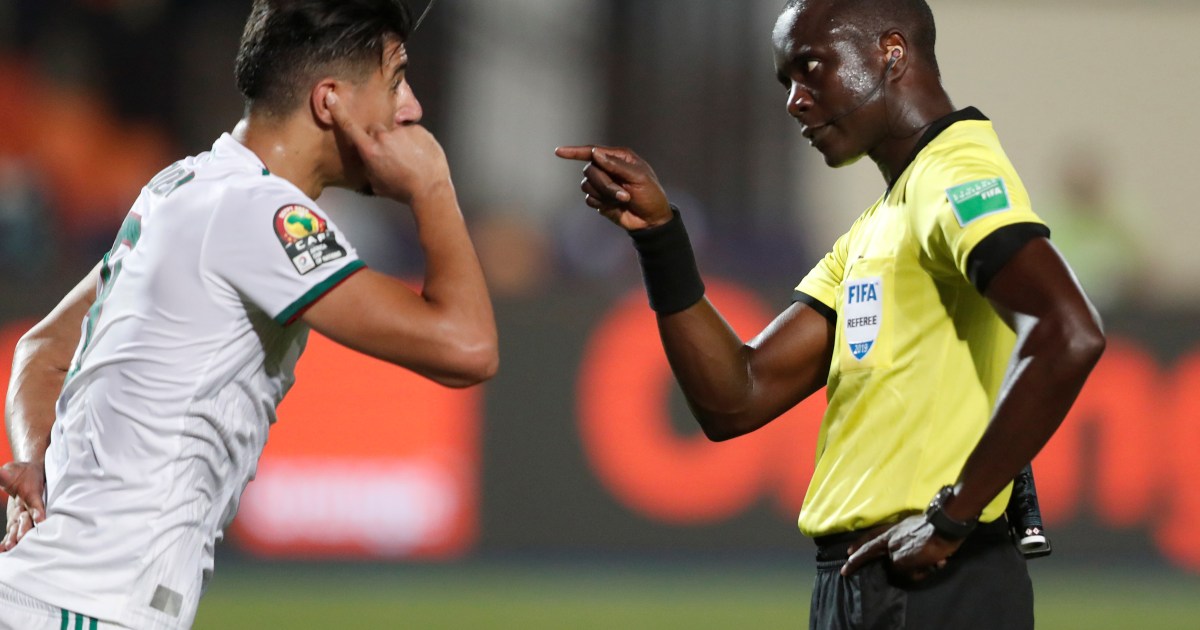 A tournament or even a round of African competitions does not pass without witnessing an arbitration crisis and accusations of bias in the referee, which may reach stigmatization of corruption, and not far from the Moroccan Raja’s objections to the referee of its match with Al-Ahly of Egypt, and Algeria’s accusations of losing the World Cup qualification card in favor of Cameroon.

Raja objected to the decisions of Jean-Jacques Nadala, the referee of his match, which ended with Al-Ahly winning 2-1, last Saturday in Cairo, in the first leg of the quarter-finals of the African Champions League.

And the official account of Raja Club published the official letters it addressed to the International and African Football Associations, describing Nadala’s decisions as an “arbitration farce.”

Not long ago, the Algerian Football Association submitted an official appeal to the International Football Association (FIFA) at the end of last March against what it described as “blatant arbitration” from Gambian referee Bakari Gassama, whose arbitral decisions - as described by the Algerian Federation - caused a loss 1- 2 in the second leg match with Cameroon, which qualified for the World Cup in Qatar, and the Greens demanded a repeat of the match.

Belmadi is still in shock... This is a new challenge to the FAF in front of FIFA, according to Sharaf Eddine Amara, because of referee Gassama pic.twitter.com/bQVm1lYOAI

In a unique act, the Egyptian national team refused Gassama to take charge of its confrontation with Cameroon in the last African Nations Cup semi-final, by submitting an official protest against his appointment to the African Confederation “K”.

The Egyptian Federation's refusal of Gassama in the African Nations in Cameroon is due to the fact that it is accused of bias towards the team that owns the stadium - according to the local Egyptian newspapers - as happened with Al-Ahly in the African Champions League in 2019 against Sun Downs in South Africa, where Gassama canceled a goal for Al-Ahly striker Aghai.

But his biggest mistake that caused a farce and a major crisis that lasted for several months was also in 2019, when he canceled a correct goal for Moroccan Wydad that was enough to win the African Champions League at the expense of Esperance (the stadium owner), who won with the help of this decision taken by the assistant referee that the goal came in a position Offside, although the replay more than once confirmed that there was no offside, and Gassama supported the decision on the grounds that the video assistant referee (VAR) technology does not work, which aroused suspicion for Wydad in the ill intent, especially that he was subjected to arbitrary injustice at his stadium despite The presence of a mouse.

This is the tip of the iceberg of controversial arbitration positions caused by Gassama, from arbitration decisions that tend in favor of the stadium owners, although he always escapes punishment in a strange and suspicious manner, and is even chosen among the referees of major tournaments, most recently the World Cup in Qatar.

Egyptian analyst Maher Genena: "There are very important new developments that have emerged in the case of the Algeria-Cameroon match, there are records of the Var, and the International Federation is currently investigating Gassama's receipt of a sum of money from a subsidiary of ITO." # Algeria_Cameroon pic.twitter.com/6e2p2oyfqJ

Sisi: a scandal and we are afraid to talk

Although his country won the African Nations Cup and qualified for the World Cup in Qatar, Senegal coach Aliou Cissé joined the list of referees' critics because of their performance and mistakes affecting the results of many matches, and he criticized the arbitration in Africa.

Cisse answered - in statements to the French newspaper "Le Monde" - a question about the obstacle to the progress of African football, and said, "It is arbitration, arbitration is a scandal on the African continent. We do not know how to deal with this issue. Even those who prepare Good rulers disappoint us. I will go further: why don't we look for rulers in Europe?"

The Senegalese coach backed the repeated protest of Algeria coach Djamel Belmadi about refereeing, and said, "I understand it because I live it like other coaches. These refereeing problems have consequences for our level of play; Senegal likes to play sharply, our opponents know that, and during matches, they do everything To break the pace and make mistakes. But the referees never punish them and that prevents us from developing our best football. In the World Cup, you will see something else, the referees will not be that level."

I thought the technology was supposed to eradicate the howlers of officials.

Tariq El-Deeb, former director of the Department of Technology and Information at the African Union, told Al Jazeera Net, "The rulers .. corruption and performance, when the majority of teams complained about the corruption of rulers in Africa, many of these teams were trying to either bribe the rulers or intimidate them to turn the referee into player No. 12, and it became Gifts and sometimes envelopes full of money are part of the teams’ reception habits for referees, especially since the hosting team pays the referees’ accommodation, their material allowances and airline tickets.”

Al-Deeb added, "It is difficult for the referee to refuse a penalty request for the hosting team or to overlook his mistakes, and so on.. And rumors spread that some referees officials received gifts from the referees to be appointed or included in the major tournaments! .. Despite repeated attempts at reform from Kef, such as that Kef pays Directly for the ruling, allowances and travel and accommodation arrangements so as to reduce the financial dealings between teams and rulers, the custom of gifts continued even if its image changed from financial envelopes to upgrading the hotel room to a suite or some features and gifts.. It usually requires a strong personality from the referee to reject it, and strong intervention from the CAF and FIFA to protect honorable referees who refuse to bow to these pressures."

The former official, who was close to the decision-makers in CAF, continues to describe the arbitration crisis, "The problem that CAF did not find any solutions to is its reliance on local federations to nominate referees, despite the weak capabilities of some of them for the African sessions that qualify them to manage sensitive matches and major tournaments .. as well as courtesy. The successive administrations of CAF, especially after the era of Issa Hayatou (former CAF president), for local federations to appoint rulers from their countries despite poor performance or to nominate rulers according to the system of satisfaction for those countries .. Especially since many of those who manage local referees committees have the same problems and technical and administrative weaknesses.

With the exception of some rare cases, African teams and teams are accustomed to being afraid of referees in the matches they play outside the home, and some teams and federations do not hesitate to protest publicly, although they do not protest against the referee himself if he runs a match for them in their stadium, and this may be a veiled accusation for these teams That they know how the alleged grooming - according to their description - of this referee from the stadium owner is done through their previous experiences in dealing with him.

Tariq El-Deeb explains that, "The owner of the land must win. It is a saying that has become entrenched in the minds of many rulers...either to please the host team so that he can get more gifts when he travels after the match, or for fear of his life if the host team and its fans get angry with him." I think that CAF and FIFA, when selecting referees for important matches, must apply the 50/50 rule, i.e. the referee’s personality and psychological strength in parallel with his technical management and his movements on the field, while giving the referees all guarantees and support to correct the recent mistakes.”