“I have nothing to apologize for”: how Pique made money on holding the Spanish Super Cup in Saudi Arabia

A wave of indignation hit the world champion Gerard Piqué because his company made money on the organization of the Spanish Super Cup in Saudi Arabia. According to media reports, his income will be € 24 million for six scheduled tournaments. The athlete himself is sure that he did not do anything reprehensible, but only helped the Royal Spanish Football Federation to make the draw more spectacular and interesting. 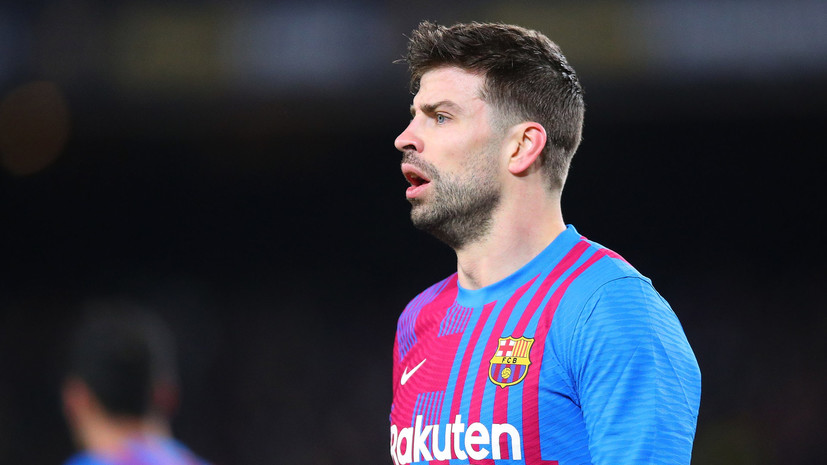 Barcelona defender Gerard Pique is at the center of a scandal.

As it turned out, the football player earns €4 million a year from holding the Spanish Super Cup in Saudi Arabia.

The reform of the tournament was carried out by the Royal Spanish Football Federation (RFEF) back in 2019, and now the draw is held in the Final Four format on the Arabian Peninsula.

Under the terms of an agreement between RFEF and the Saudi Arabian government, the Spaniards receive €40 million for each such tournament, and six of them are planned in total.

The intermediary in the negotiations leading up to the signing of the contract was Kosmos, owned by Piqué.

And, as El Confidencial found out, the footballer did not participate in the process disinterestedly, although RFEF President Luis Rubiales had previously argued the opposite.

For its services, Piqué's company should receive 10% of the agreement amount, that is, €4 million for each draw.

To confirm the information, El Confidencial published audio recordings of the negotiations between the football player and the functionary.

In one of them, Pique convinces Rubiales to move the tournament to Saudi Arabia.

He claims that the federation will be able to earn €6 million, while paying €8 million each to Real Madrid and Barcelona, ​​as well as €1 and €2 million to two other participants.

“And we can put pressure on Saudi Arabia to give more.

Let's say, for example, that Real Madrid may not come.

And if you hold a tournament in Spain, you won’t even get 3 million. Think about it, ”says the athlete.

In a later conversation, Rubiales congratulates Pique on the deal and thanks "for everything".

After the publication of the investigation, a wave of indignation and accusations of self-interest and even corruption hit the Peak.

The athlete did not remain silent and gave detailed comments on what happened.

He acknowledged that Kosmos did take part in the negotiations and received payments for this.

At the same time, the world champion emphasized that the commission for the services of his company is paid directly by the government of Saudi Arabia, but not by RFEF.

As for the amount of payments, according to Piqué, 10% is not a big commission, and it corresponds to the market.

At the same time, according to the footballer, the main goal of him and Rubiales was to change the format of the tournament and make it more spectacular, and the financial side was secondary.

Besides, Saudi Arabia was not the only option.

The United States and Qatar also claimed to host the Super Bowl, but in the end, RFEF leaned in favor of the Saudis.

“I gave RFEF the opportunity.

Before the format change, they earned €120,000 per tournament, after €40 million. With regard to the [published] audio recording, this passage was taken out of context.

This entry is taken out of context”, — quotes the words of the player Goal.

Piqué emphasized that the work of the company had nothing to do with his football career.

“I know how to distinguish between a commercial agreement and what I have been doing all my life - playing football.

I never received any help.

If, as you say, a reasonable commercial agreement will have an impact on competition, then you do not know me at all, ”Piquet emphasized.

The world champion admitted that he was warned about the forthcoming publication, but he did not attach any importance to this, because he does not believe that he did something reprehensible - either from a legal or moral point of view.

“I replied that I didn’t care.

I have nothing to hide.

I understand that this kind of business is unusual for a player, because athletes generally do not do this until the end of their careers, but I like it.

I’m not going to - from now on, everyone can think what they want, ”said the football player.

The Barça defender also noted that he does not plan to end his career because of the scandal.

On the contrary, this situation adds to his incentive for a few more years of performances.

“As you can imagine, I make very good money and could spend my whole life lying on the couch doing nothing.

In modern society, money means success, and I like it, ”Piquet summed up.

In turn, RFEF said that the El Confidencial investigation did not reveal anything new in relation to what was already published in 2019: all figures and operations were explained and supported by the football assembly even then.

La Liga President Javier Tebas declined to comment on the audio recordings, but said he thought it was the right decision to host the Super Cup outside of Spain.

At the same time, he does not agree that Real Madrid and Barcelona are paid more for participating in the tournament than other teams.

“Yes, in my opinion, this is correct, we tried to do it, but we were not allowed.

I am not against this as an idea, but the whole intrigue is who gets paid how much ... There are several things that I do not agree with, ”said the functionary.