The three Emirates clubs entered the deciding stage in the AFC Champions League, with the start of the second leg today, through the fourth round to be held today and tomorrow. Sharjah meets Al Rayyan of Qatar in the first group, and Al Jazira plays Mumbai City of India in the second group. 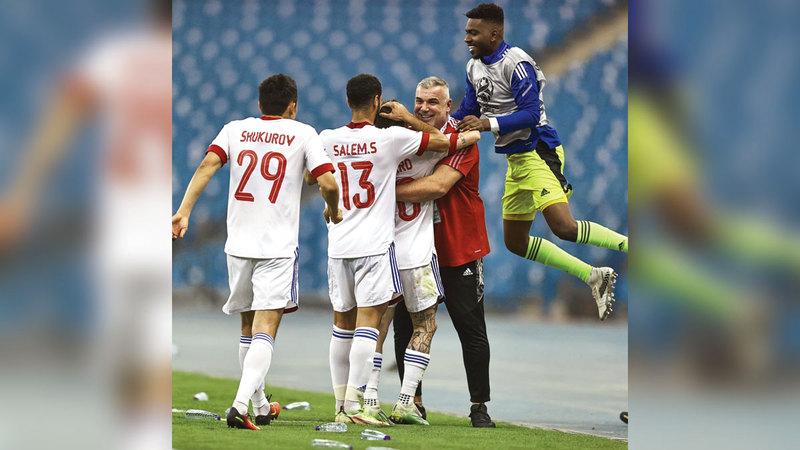 Sharjah is preparing for a strong confrontation with the Qatari Al Rayyan tomorrow.

The three Emirates clubs entered the deciding stage in the AFC Champions League, with the start of the second leg today, through the fourth round, which will be held today and tomorrow, as Sharjah meets Al Rayyan of Qatar in the first group, Al Jazira plays with Mumbai City of India in the second group and Shabab Al Ahli faces Al Ahly team Al Gharafa is in the third group.

In the first group, Sharjah competes with defending champions Al Hilal of Saudi Arabia, Al Istiklal of Tajikistan, and Al Rayyan of Qatar. Al Hilal leads the group standings with nine points, compared to four points for each of Sharjah and Al Rayyan, and Al Istiklal's balance remains devoid of points.

The Saudi Hilal is the closest to winning the lead after achieving the full mark in the first leg by defeating the three clubs, while Sharjah and Al Rayyan compete for the second place, and the fourth round, and the match that brings them together tomorrow, will be decisive in determining the second place.

Sharjah is the most prominent in the Emirates clubs, after it presented a distinguished level in the first round against Al Hilal, and the "King" narrowly lost with two goals to one, before achieving its first victory by defeating Al-Istiklal, before wasting an important victory and drawing with Al Rayyan.

And the Sharjah coach, Roman Cosmin, expected, at the end of the first round of the first group, fierce competition, during the remaining matches, for the first and second places of the group.

For his part, Al Jazeera stuck to hope in the second group, with its third place with three points, four points behind the Saudi youth leader, and one point from the Iraqi Air Force, and equal to Mumbai City of India in last place.

Al-Jazira has chances to compete for the first place in the group, and he will have a chance to repeat the victory over Mumbai City today when he meets him in the fourth round, which also witnesses the youth meeting with Al-Quwa Al-Jawiya.

Despite the unsuccessful start of "Abu Dhabi's pride", losing in the first two rounds to both Air Force and Al Shabab, but the team regained its chances by defeating Mumbai in the third round, and the holder of the professional league title will have only one option, which is to win again against the Indian team before playing two matches. Decisive in front of the Air Force and the youth in the fifth and sixth rounds.

The level of the "Dubai Knights" in the three matches was different, and the most prominent point was that the team had a good "reaction" to return after being late three times and achieving a tie in the deadly time in a scenario that was repeated in the three matches.

Al-Ahly youth coach, Mahdi Ali, believes that his team is required to achieve better results in the second round, pointing out that his players have long suffered from a lack of focus, and he hoped to find solutions to that problem in the upcoming confrontations.

Emirates clubs standings in the group stage after 3 rounds

• The group stage in the continental competition will be held in a group format, hosted by Saudi Arabia.