&nbsp;Egyptian international star Mohamed Salah is going through a not good period with his team Liverpool recently, especially after his country failed to qualify for the World Cup finals, by losing against Senegal last month. 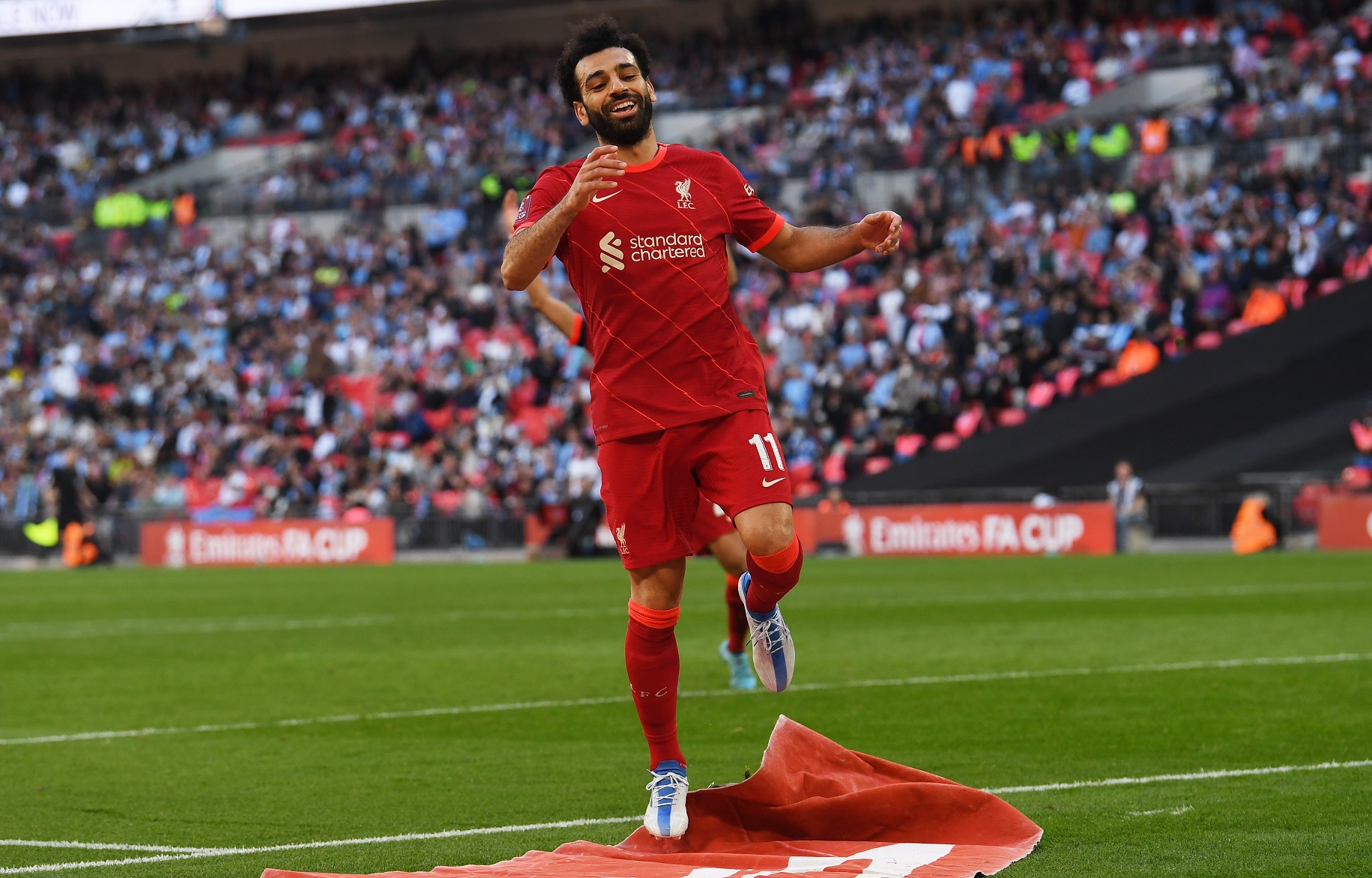 Egyptian international star Mohamed Salah is going through a not good period with his team Liverpool recently, especially after his country's failure to qualify for the World Cup finals, by losing against Senegal last month.

Salah continued his scoring fast for the sixth consecutive match in various competitions, during Liverpool's 3/2 victory over Manchester City in the semi-finals of the FA Cup yesterday, Saturday, which saw him wasted unusually in the second half of the meeting, during which he took place. On the rating of "weak" according to the global network (Sofascore), which gave him a score of 6.3 out of a total of 10 degrees, as the lowest rated red team player, next to the Brazilian Fabinho, while his Senegalese colleague Sadio Mane, who scored a double in the match, received the highest rating between the players of the two teams. , with a score of 8.3.

Salah did not practice his favorite habit of visiting the goal of his opponents 36 days ago, as he has been away from scoring since last March 12, when he scored a penalty kick in Liverpool's 2-0 victory over Brighton in the Premier League, but he did not go through the longest period Siam on scoring goals during his career with the Reds, which began in June 2017.

Salah was unable to score for 50 days during the 2018/2019 season, which witnessed the longest periods of his scoring fast, and it was during the period from February 10, 2019 to March 31 of the same year, during which he played 6 matches in the English Premier League and two matches in the Champions League at the time.

Salah missed scoring against Arsenal, Watford and Manchester City in the Premier League, in addition to Liverpool’s two matches with Benfica in the Champions League quarter-finals, in addition to the last meeting against Manchester City, while his last three goals with his team came from penalty kicks, two kicks in Leeds United during the victory 6-0 in the league championship, and a kick in Brighton.

On the other hand, Salah's last goal with Liverpool came from open play on February 19, during the 3-1 victory over Norwich in the league championship as well.

Despite this, Salah still retains his top scorer in the English Premier League this season with 20 goals, but the difference that separates him from his closest pursuers, South Korean Heung-Min Son, Tottenham Hotspur striker, has been reduced to only 3 goals, and veteran Portuguese star Cristiano Ronaldo has also entered the competition. After raising his score to 15 goals in the competition, after scoring 3 goals (hat-trick) in his Manchester United team's 3/2 victory over its guest Norwich City yesterday.

Salah also maintained his lead in the list of Liverpool scorers in all competitions this season with 28 goals, as he is 7 goals away from his closest pursuers, his Portuguese colleague Diogo Jota.

And the story of extending the contract with Liverpool may have cast a shadow over the decline in the level of Salah, whose contract with the team expires on June 30, 2023, especially in light of the continued faltering negotiations between the club’s management and representatives of the player, who wants to increase his weekly salary to 400 thousand pounds.

Salah hopes to end the void period he is currently going through, when Liverpool meets his guest and arch-rival Manchester United on Tuesday in a postponed match in the Premier League, as he looks to lead his team to the top - albeit temporarily - and shook the team nicknamed (The Red Devils).

Salah played the championship role in the two teams' match in the first leg of the competition, which took place last October at Old Trafford, after scoring 3 goals that led Liverpool to sweep Manchester United 5-0.

Salah dreams of achieving a “happy end” for the season with Liverpool, by obtaining the historic quartet. After the team crowned the League Cup last February, he is now looking to win the English Premier League, the English Cup and the European Champions League, where his team has abundant chances of obtaining the three titles. .

Liverpool is currently second in the English Premier League standings, a point behind Manchester City (the leaders), 6 stages before the end of the season. It also reached the semi-finals of the Champions League, where it faces Villarreal, in addition to qualifying for the FA Cup final.

Salah also aspires to end the season while he is the top scorer in the English Premier League, in order to regain the (Golden Boot) award as the best scorer in the prestigious tournament, after he was absent from him in the past two seasons.

(The Egyptian King) wants to win the prestigious award for the third time in his professional career, after winning it in the 2017/2018 and 2018/2019 seasons.