They cry in important matches.. the most affected players in football

The list of the most affected footballers has been revealed, and the list is topped by those who cry the most in important matches. 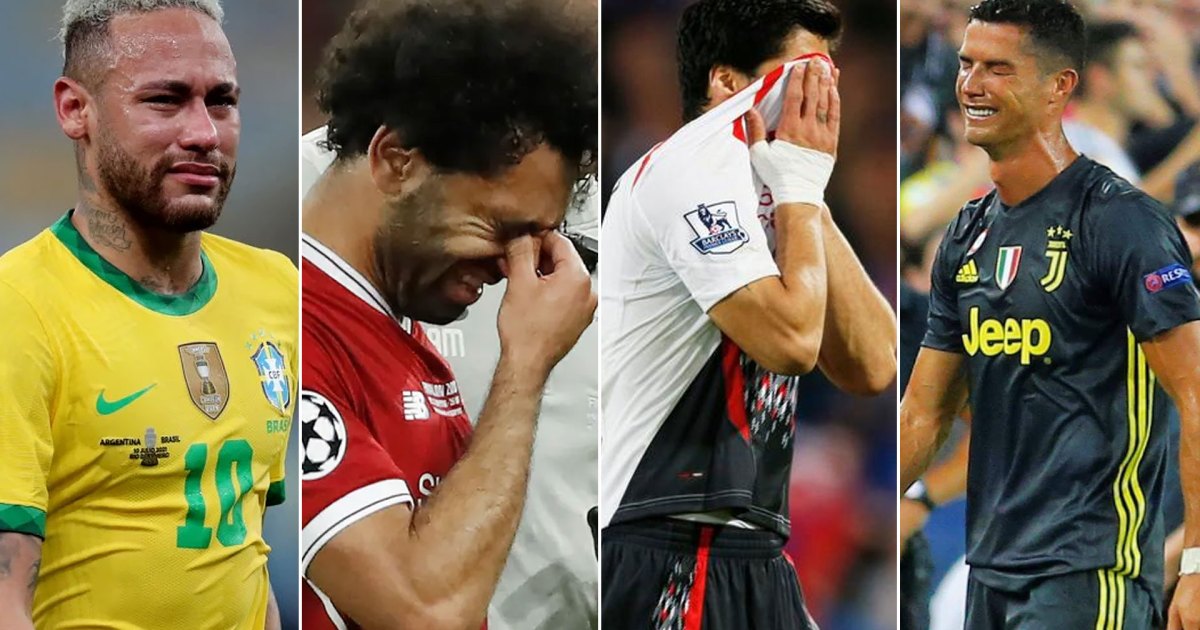 The list of the most affected footballers has been revealed, and the list is topped by those who cry the most in important matches.

This list is based on several rules, most notably:

Therefore, it was perhaps not surprising that the Brazilian star Neymar, the player of Paris Saint-Germain, is at the top of the list, as he does not hold back his tears when he feels that he wants to cry, while the Portuguese star Cristiano Ronaldo came in second place.

The top ten in the list went through very famous moments, as they were overcome by emotion and cried after losing matches. Neymar could not afford to lose the 2020 Champions League final after he was only 90 minutes away from winning the title and helping his Parisian team win his first title in the continental championship However, he lost the final against Bayern Munich with a clean goal.

Ronaldo also experienced periods in which he cried with the teams he played for and his country, especially when he was frustrated with the performance of his team and felt that he had to do more to save him from losing.

Perhaps the most famous moment of tears came in the 1990 World Cup when Englishman Paul Gascoigne cried twice in the same match, and in the semi-final against West Germany he received a yellow card that would have excluded him from the final if the “Three Lions” team qualified, and after the latter left the tournament with kicks. Penalty The former Tottenham Hotspur player sank in tears again.

Retweet if you remember seeing Paul Gascoigne's tears at the 1990 World Cup.

Here is a list of the top ten most affected players: