Southampton dealt a blow to Arsenal's hopes in the semi-finals

Southampton ended their five-game losing streak in the Premier League when they beat Arsenal 1-0 at St Marys Stadium on Saturday to deal a heavy blow to their opponents' top-four hopes. 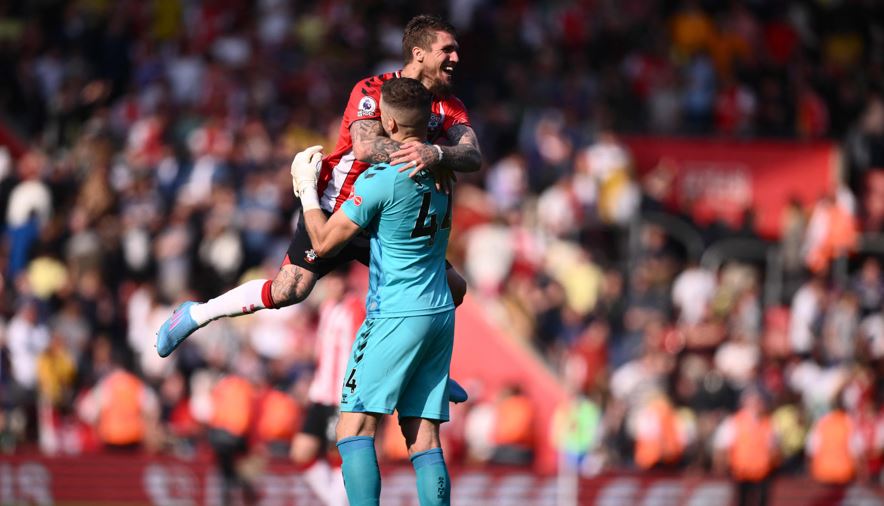 Southampton dealt a blow to Arsenal's hopes in the semi-finals

Southampton ended their five-match winning streak in the Premier League with a 1-0 victory over Arsenal at St Marys Stadium on Saturday, dealing a major blow to their opponents' top-four hopes.

Coach Mikel Arteta's team fell to sixth place and has 54 points, equal with Manchester United and three points behind rivals Tottenham Hotspur, but it has a game in hand.

Jan Bednarek scored to give Southampton the win a minute before the break, as Mohamed El Younesi escaped offside and passed a ball to his fellow defender to put it past Aaron Ramsdale and inflicted Arsenal's third defeat in a row.

Arsenal, who was missing striker Alexandre Lacazette due to Covid-19, failed to take advantage of the opportunities he had early on and were satisfied with long-range shots, and Southampton goalkeeper Fraser Forster saved several chances before the end.

"We needed a goalkeeper like him today," Southampton coach Ralph Hasenhuettl said. "I wasn't sure if he could play today as he had an ankle injury."

Forster, who saved an attempt from Gabriel Martinelli in the ninth minute, cleared a ball from substitute Emile Smith Rowe and then two attempts from Bukayo Saka and Granit Xhaka.

Arsenal had 76 percent of the ball and hit five shots on target, but missed the opportunity to boost their hopes in the semi-finals after Tottenham Hotspur lost at home to Brighton & Hove Albion earlier in the day.

Arsenal will visit Chelsea at Stamford Bridge next week before hosting Manchester United, while Southampton will face Burnley and Brighton.