Dortmund sweeps Wolfsburg with half a dozen goals in the “Bundesliga”

Borussia Dortmund taught its guest Wolfsburg a harsh lesson and won them 6-1 today, Saturday, in the thirtieth stage of the German Football League. 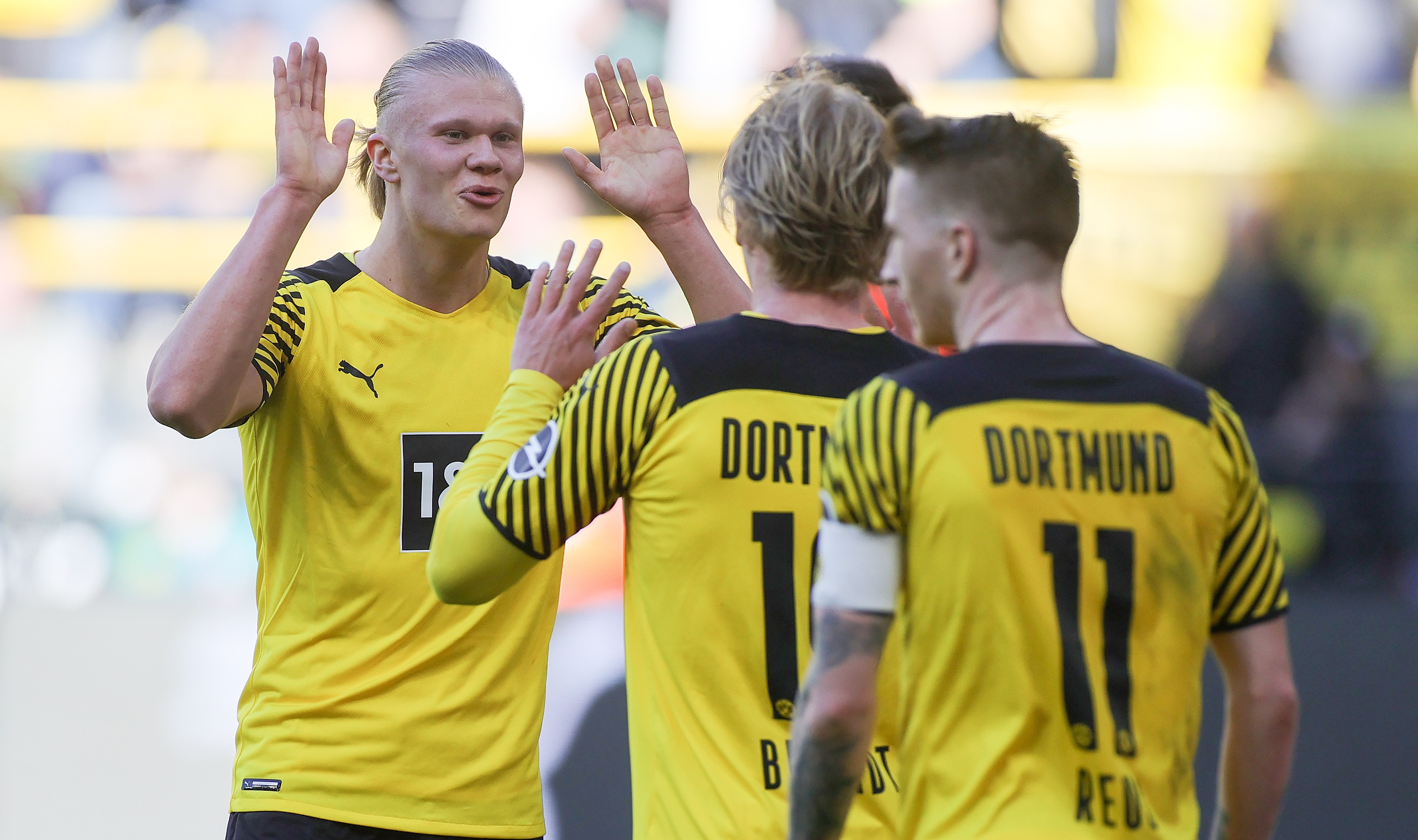 Dortmund sweeps Wolfsburg with half a dozen goals in the “Bundesliga”

Borussia Dortmund taught its guest Wolfsburg a harsh lesson, winning it 6-1 today, Saturday, in the thirtieth stage of the German Football League.

In the rest of the matches, Freiburg defeated its guest Bochum 3-0, Hertha Berlin defeated its host Augsburg 1-0, and Mainz drew with Stuttgart 0-0.

At the Signal Iduna Park, Dortmund scored three goals in four minutes after Tom Rothe opened the scoring in the 24th minute during his first appearance with the first team.

Axel Witsel and Manuel Akanji added the second and third goals for Dortmund in the 26th and 28th minutes.

Emre Can scored the fourth goal for Dortmund in the 35th minute with a powerful shot from outside the penalty area.

In the second half, Norwegian striker Erling Halland played the championship role and scored the fifth and sixth goals for Dortmund in the 38th and 54th minutes.

And Riddle Baku scored the only goal for Wolfsburg nine minutes before the end of the match.

Dortmund raised its score to 63 points in second place to temporarily reduce the difference to six points with leaders Bayern Munich, which meets on Sunday with its host Armenia Bielefeld, while Wolfsburg's balance stopped at 34 points in thirteenth place.

And at the Schwarzwald Stadion, Freiburg defeated its guest Bochum with three goals without a response.

Lukas Kubler advanced with a goal for Freiburg in the fifth minute, and Ronald Salai added the second and third goals in the 16th and 53rd minutes.

Bochum ended the match with ten men after Konstantinos Stavelidis was sent off in the 68th minute.

The win raised Freiburg's balance to 51 points in fifth place, and Bochum's balance stopped at 36 points in twelfth place.

And at the Impulse Arena, Hertha Berlin grabbed a valuable victory from its host Augsburg, with a goal without a reply.

Hertha Berlin owes the victory to Suat Serdar, who scored the decisive goal in the 49th minute.

The win raised Hertha Berlin's tally to 29 points in fifteenth place, three points behind Augsburg, who is in the fourteenth place.