Sharjah is looking for the first win in the "Asian Champions"

Sharjah is looking, during the upcoming meeting with the Tajikistan's Istiklal team, at 12:15 pm today at King Fahd Stadium in the Saudi capital, Riyadh, within the second round for the first group account in the AFC Champions League, for its first victory in this 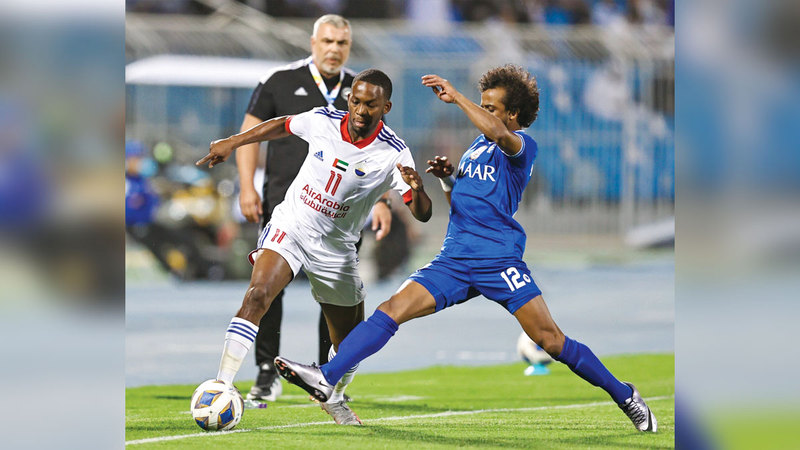 Sharjah is looking for the first win in the "Asian Champions"

Sharjah lost 1-2 in the first round against Al Hilal Saudi Arabia.

During the upcoming meeting with the Tajikistan club Istiklal Dushanbe at 12:15 midnight today at King Fahd Stadium in the Saudi capital Riyadh, within the second round for the first group in the AFC Champions League, Sharjah is looking for its first victory in this group, And compensate for his previous loss against Al Hilal Saudi Arabia with two goals against a goal in the first round, and renew his hope to compete for the qualification ticket to the next round of the tournament.

This match is a new test for the Sharjah team and its ability to represent the honorable, especially since it has a good group of local and foreign players, in addition to the presence of a coach with great experience in such Asian tournaments, which is Roman Cosmin.

In the same group, Qatar's Al Rayyan, the leader of the group with three points, will meet Al-Istiklal 3-2 with the defending champion Al-Hilal, who is in second place with three points, in a hot and exciting confrontation between the two teams in search of the second victory for each of them in this tournament.

Sharjah is planning a different appearance in this match, after benefiting from the experience of the previous match and standing on the strengths and weaknesses of its ranks.

It is expected that the technical staff of Sharjah, led by Roman coach Cosmin, has addressed the previous mistakes that accompanied the Al Hilal match, and caused the team’s first loss in this tournament on the defensive side, in addition to working on making minor changes to the starting lineup through the participation of some players who did not They participated in the last match against the Saudi Al Hilal, such as the Congolese striker Ben Malango alongside the Brazilian Caio Lucas, in order to strengthen the offensive side and make it more effective and dynamic in order to achieve a valuable victory in this match, and scored the first three points in the tournament.