Argentine Federico Cartabia scored a goal in the first minute of stoppage time to save Shabab Al-Ahly from losing against Foolad Al-Irany. 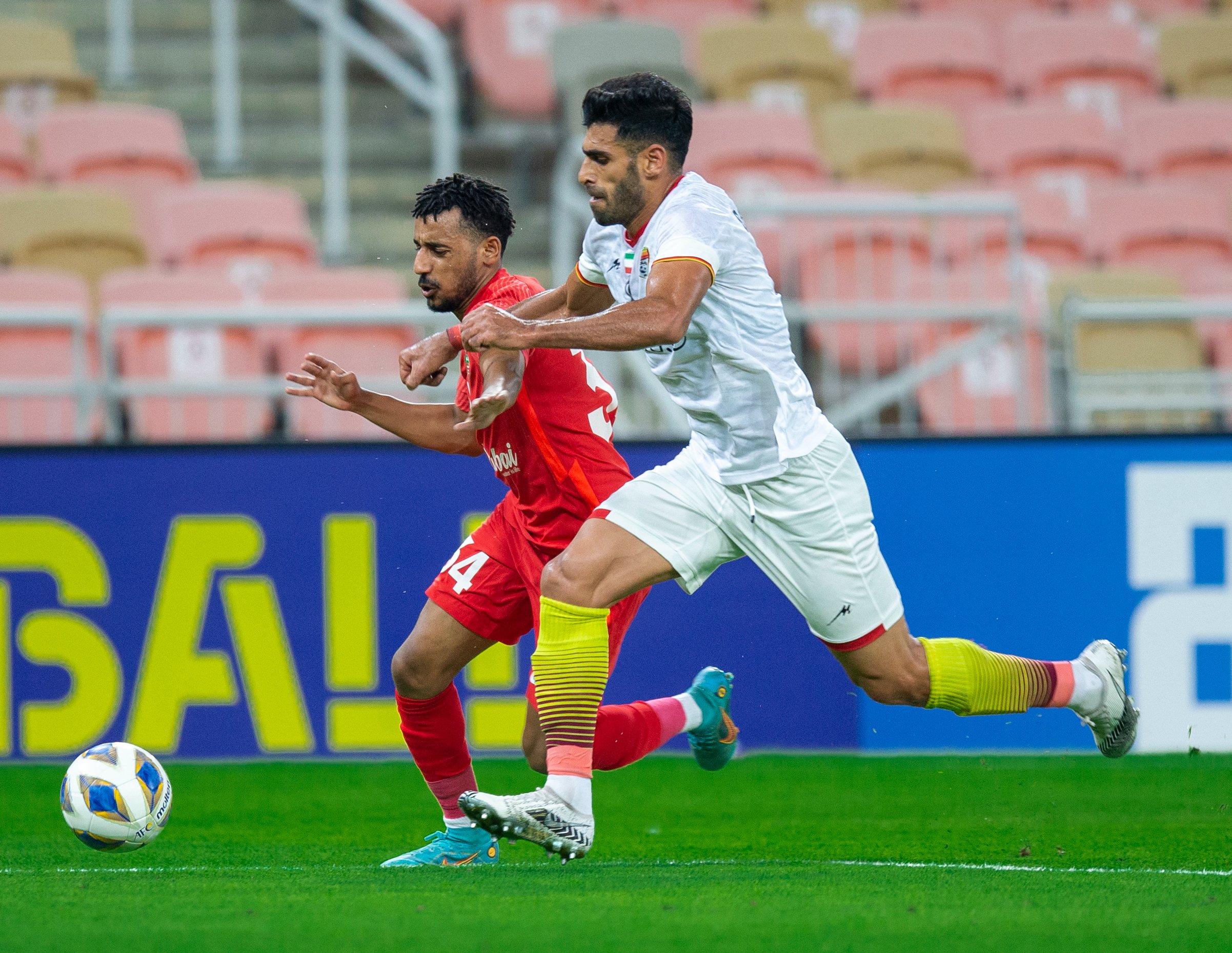 Argentine Federico Cartabia scored a goal in the first minute of stoppage time to save Shabab Al-Ahly from losing against Foolad Al-Irany. The match between the two teams, which was held on Sunday evening, ended in a tie with a goal for each of them in the second round of Group C matches, bringing the "Dubai Knights" to two points, which is the balance The same as the Iranian team.

The "friendly fire" almost contributed to the first loss of the Al-Ahly youth team, after the Iranian Ahmed Nourallah scored the only goal in the match against goalkeeper Majed Nasser in the 83rd minute, but Kartabia scored the equalizer in the deadly time and saved the team from losing.

Foolad's team dominated the game in the first ten minutes of the match, but without a risk to goalkeeper Majed Nasser, while Muhammad Juma'a Pele almost scored the first goal from a counterattack, and Pele was alone in the goal, but he hit the ball next to the post (13).

Al-Ahly youth relied on the launchings of Sohail and Pele, and Sohail threatened the Folad team's goal with a strong shot that was pushed away by the defense (23), on the other hand, the large number of wrong passes from the two teams contributed to the absence of danger to the two goals.

The second half witnessed a strong start from Foolad's team, who almost scored the first goal from a cross that reached the Brazilian Luciano Pereira, who played a strong ball with his head that passed next to the post (54).

In the 66th minute, Majed Nasser starred in stopping a dangerous ball played by Hamid Bouhamdan with his head and brilliantly grabbed by the Al-Ahly youth goalkeeper. Mahdi Ali made two substitutions, with Omar Abdel Rahman and Argentine Federico Cartabia instead of Mohamed Juma Pele and Aziz Ganyev.

While the performance of the "Dubai Knights" improved, Folad scored the first goal after Hamid Bu Hamdan hit a ball that hit the Iranian Ahmed Nour Allah and entered the goal (83), before Kartabia responded in the first minute of stoppage time by scoring the equalizer after receiving a beautiful cross from Yahya Al-Ghassani to end the match with a tie.