Watch - A rare goal from a corner kick garners more than 5 million views... FIFA: Does it deserve the Puskas award?

The surprise goal, scored by Barcelona's Ecuadorean player Guayaquil, in the net against Uruguay's Wanderers, from a corner kick directly towards the goal, garnered more than 5.5 million views, and FIFA interacted with him. 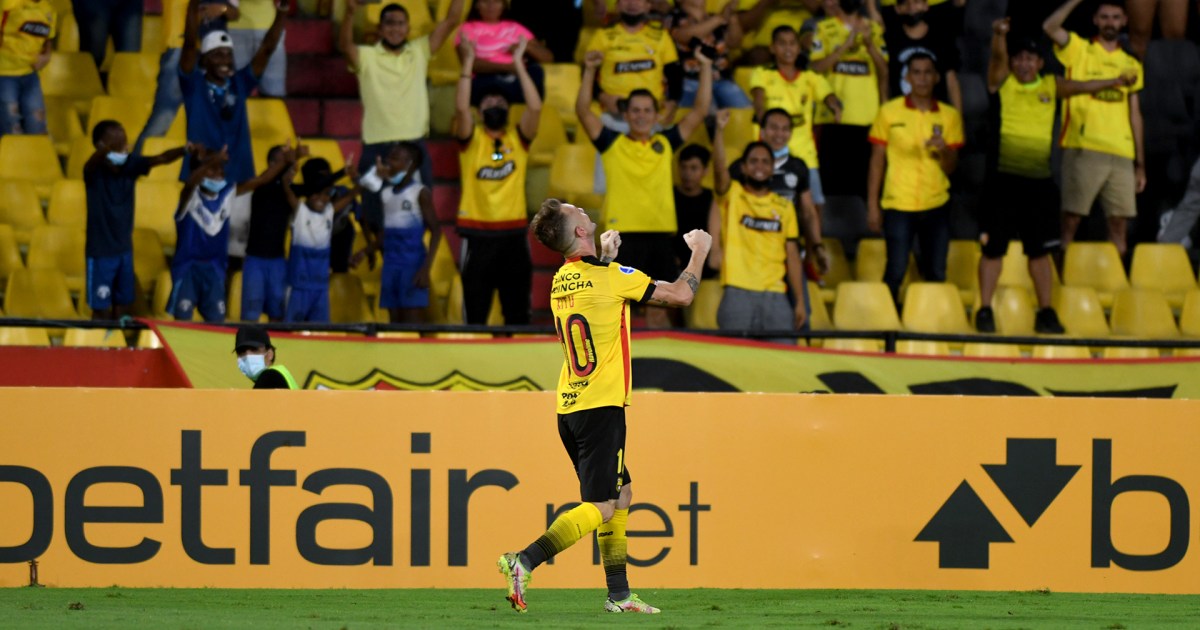 The surprise goal, scored by Barcelona's Ecuadorean player Guayaquil, in the net against Uruguayan Wanderers, from a corner kick directly towards the goal, garnered more than 5.5 million views, as it was shared by many sports accounts and thousands of followers interacted with him.

The deceptive goal came from player Keto Diaz in the match between the two teams, yesterday, Friday, in the first leg of the group stage of the "Copa Sudamericana" championship for the South American Football Confederation, and ended with Barcelona winning Guayaquil 4-2.

And the official account of the tournament - on Twitter - posted a video of the goal, which he described as "crazy", after Diaz took advantage of the guest goalkeeper's gag by leaving his place to direct his fellow players before taking the corner kick, to be paid by the player immediately with a distinctive technical movement and a creeping ball that lived in the net.

And the tournament account, in its comment on the goal, referred to the International Football Association, saying to him: “Hello FIFA, we have a goal here that is nominated for the Puskas award.”

FIFA responded to this by sharing the video on its official account on Twitter, asking football fans, “Does Puskas deserve (the award)?”, to receive a very wide interaction on the account of the International Federation of followers, most of whom agreed to nominate him for the award.

In turn, Barcelona Club Guayaquil commented on FIFA's question, saying: "Yes, the goal deserves the Puskas Award," a view agreed with by a large number of tweeters who responded to FIFA's tweet.

PUSKAS AWARD FOR HIM PLEASEEEE!!!