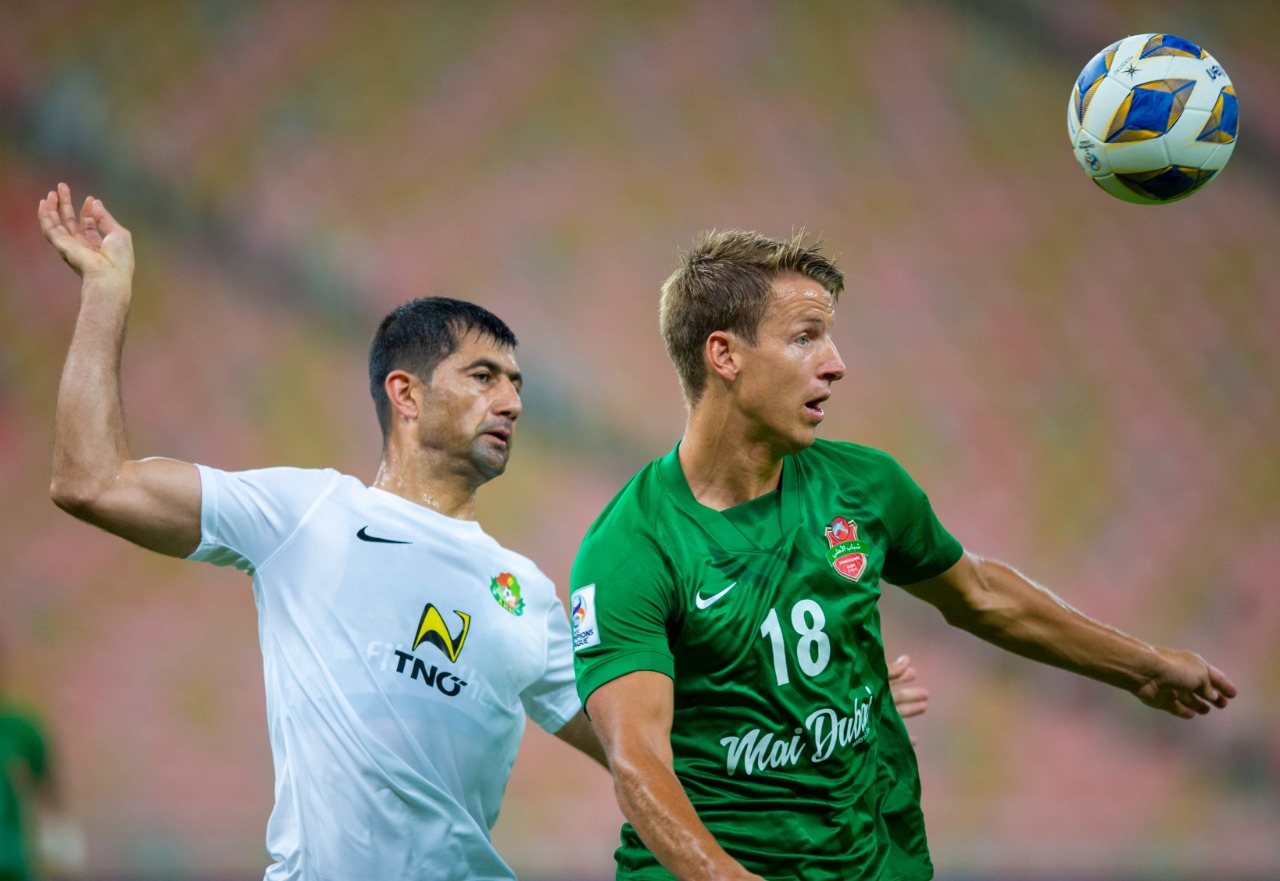 The same group witnessed the Iranian Foulad's draw with Qatar's Al-Gharafa without goals, as Al-Ahly youth will play in the second round with Foulad next Sunday, and Al-Gharafa will meet with Ahal.

Al-Ahly youth dominated the midfield and missed more than one chance to score the first goal in the first 15 minutes of the match, as Muhammad Juma Pele played a direct free kick and Muhammad Marzouk met it with a shot that passed next to the post (6), followed by the Norwegian Thomas Olsen with a strong shot that crossed the crossbar ( 7), while Hareb Suhail hit a beautiful ball from outside the penalty area, which was blocked by the goalkeeper of Ahal team (11).

In the 33rd minute, Muhammad Juma'a Pele missed a dangerous opportunity when Majed Hassan played a beautiful pass, after which Pele shot the ball towards the goal, but Ahal Shariev's goalkeeper pushed the ball away to a corner kick. The Turkmen goalkeeper continued his brilliance by blocking a strong shot from Hareb Sohail (43).

In the second half, coach Mahdi Ali made two substitutions, with the Iranian Mahdi Qaidi and Yahya Al-Ghassani replacing Muhammad Juma Pele and the Brazilian Gustavo Silva, and Mahdi Qaidi almost scored the first goal with a powerful shot that the defense pushed away to a corner kick (53).

On the other hand, Ahal's team threatened Hassan Hamza's goal with a dangerous ball that Gandeev headed and passed near the post (66), while the post blocked a powerful shot from Beknazarov (68).

And in the 72nd minute, Omar Abdel Rahman participated in the place of Hareb Suhail, before the Ahal team scored the first goal through Bashimov, who followed a cross ball into the penalty area and hit the ball in the goal (75).

Shabab Al-Ahly returned in the match after Thomas Olsen got a penalty kick and the Uzbek Aziz Ganyev shot in the goal, scoring the equalizer (79), and despite the pressure of "Dubai Knights" in the last minutes of the match, but the Ahal team maintained the result of the tie, so Shabab Al-Ahly lost two points at the beginning of the match. His career in the continental championship.