Shabab Al-Ahly will start its ninth participation in the AFC Champions League with a mysterious confrontation against the Turkmen team, Ahal Al-Turkmani, in the first round of Group C matches, which will be held at 12:15 at night at King Fahd City Stadium in Jeddah, Saudi Arabia. 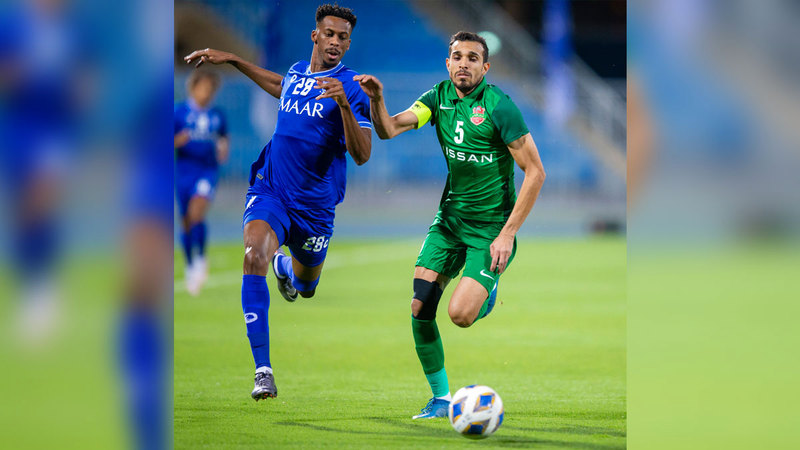 Shabab Al-Ahly will start its ninth participation in the AFC Champions League with a mysterious confrontation against the Turkmen team, Ahal Al-Turkmani, in the first round of Group C matches, which will be held at 12:15 pm at King Fahd City Stadium in Jeddah, Saudi Arabia.

The Dubai Knights seeks to achieve a strong start and win for the first time in the first round of the group stage since 2017, when the team beat Iran’s Istiklal two goals to one, while Al-Ahly youth lost in the 2020 edition against Uzbekistan’s Pakhtakor with two goals to one, and tied in the last version against Istiklal. Dushanbe, Tajikistan without goals.

Shabab Al-Ahly’s participation in the AFC Champions League will see the team writing a new history, after the draw resulted in “new confrontations” with the clubs of the third group, as Al-Ahly youth had never played with the Qatari Al-Gharafa, Ahl Al-Turkmani and Foolad Khuzestan Iranian clubs in the previous team’s participation.

The Ahal match for Al-Ahly youth is a mysterious confrontation, especially since this is the first historical participation for the Turkmen team, whose continental participation is limited to playing in the AFC Cup, while its most prominent achievements are winning the Turkmen Cup three times in 2013, 2014 and 2017, and winning the local Super Cup. in 2014.

Al-Ahly youth hope to appear in a different way in the “Asian Champions” after the team achieved disappointing results for the aspirations of its fans in the local championships, after the team moved away from competing for the ADNOC Professional League title, and also lost the Super Cup title against Al Jazira and bid farewell to the President’s Cup by losing against Sharjah, while Qualified to face Al-Ain in the final of the Professional Cup.

The Dubai Knights will meet in the first leg of the group stage with Ahal Al Turkmani, Foolad Al Iranian and Al Gharafa Al Gharrafa on 7, 10 and 14 of this month, while it plays in the first stage with Al Gharafa, Ahal and Foolad, respectively, on 18, 22 and 26 of the same month.

Shabab Al-Ahly is participating in the AFC Champions League this season, as a champion of the President's Cup last season, after defeating Al-Nassr 2-1 in the final.

Despite the decline in the return of Al-Ahly youth in the current season, especially in the ADNOC Professional League, as the team occupies fifth place with 30 points, collected from eight wins, six draws, and six losses, during which it scored 24 goals, compared to 24 goals against it, but the presence of a large number of players who They have great experience in continental participation, which makes him a strong candidate to reach advanced roles in the tournament.

The team is betting on the great experiences of the prominent national coach and expert, Mahdi Ali, who has previously achieved great achievements with the first national team, most notably winning the Gulf Cup in 2013 and achieving third place in the Asian Cup in 2015. Mahdi is looking forward to achieving an Asian footprint at the level clubs.

To view the history of Shabab Al-Ahly’s participation in the AFC Champions League, please click on this link.