Benzema .. the number 9 is currently the most deadly in the world

French Karim Benzema confirmed once again that he is the number 9 most lethal now in the world, after scoring a hat-trick of victory for Real Madrid against Chelsea, the defending champion, in his stronghold (3-1) on Wednesday in the first leg of the quarter-finals of the Champions League. It can be said without hesitation that Benzema is not a 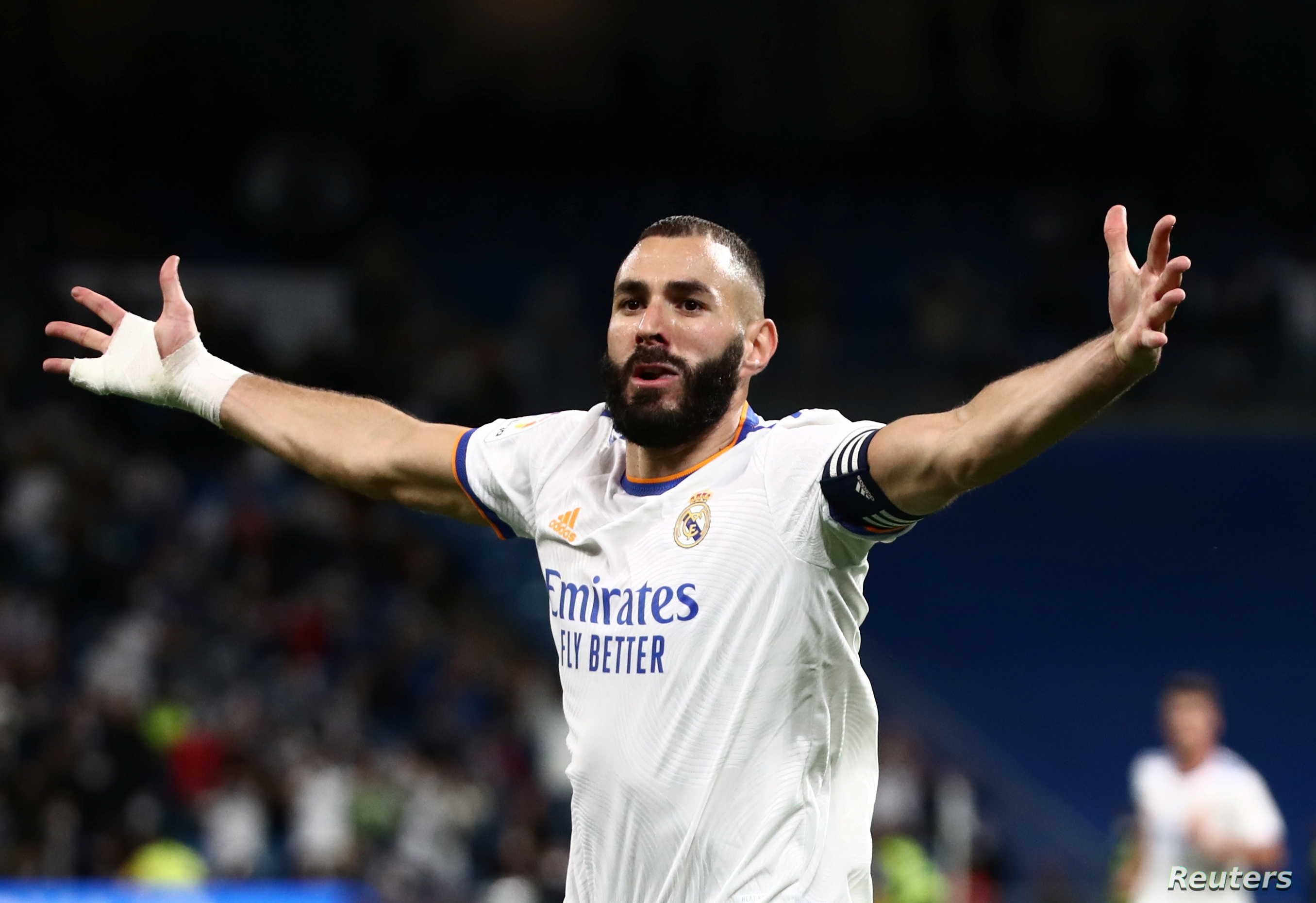 Benzema .. the number 9 is currently the most deadly in the world

French Karim Benzema confirmed once again that he is the current number 9 deadliest in the world, after scoring a hat-trick for Real Madrid's victory over Chelsea, the defending champion, in its stronghold (3-1) on Wednesday in the first leg of the Champions League quarter-final.

It can be said without hesitation that Benzema is not only the best scorer in the world, but also the best player overall, given what he offers this season at the local and continental levels.

After his triple, in which he turned the table on Kylian Mbappe and his fellow Argentine Lionel Messi and Brazilian Neymar, and led Real to eliminate Saint-Germain from the price of the Champions League final, Benzema struck again on Tuesday at "Stamford Bridge" by scoring another hat-trick that made Chelsea greatly threatened to give up the title.

In the race for the Ballon d'Or awarded annually by "France Football" magazine, Benzema did not get the appreciation he deserves again, and in the last edition came fourth behind Messi, Poland's Robert Lewandowski and Italian Jorginho.

But Benzema "does not cry" about losing his dream of winning the Ballon d'Or again, according to his Italian coach Carlo Ancelotti in November, and continues to focus on leading Real to regain the Spanish League title from its neighbors Atlético and win its fourteenth title in the Champions League.

In light of the continuing talk of Real's desire to include Mbappe or the Norwegian Erling Haaland from Borussia Dortmund, Benzema repeatedly confirms that he is still the "king" in the royal club.

Thanks to his hat-trick on Wednesday on a "magical evening like the one that was against Paris Saint-Germain at the Bernabeu", according to what he reported on Wednesday, Benzema raised his score to 37 goals in 36 games this season in all competitions, including 11 in 8 matches in the main continental competition and 24 at the top. The Spanish league standings, led by his team, 12 points ahead of its closest competitors.

Thus, he became the first Frenchman to reach 10 goals or more since the launch of the Champions League in the early nineties, and the first in the competition in its previous and current formats (the European Champion Clubs Cup) and the current one, since Just Fontaine, the 1958-1959 season, according to Opta statistics.

"He feels that he has become more important in the team." And if Real managed to build on his victory at Stamford Bridge during the return leg on Tuesday in Madrid and succeeded in going to the end and enhancing his record for the number of competition titles (currently 13), in conjunction with winning as well. With the domestic league title, Benzema will finally fulfill his dream of winning the Ballon d'Or as he will be nearly two months away from his 35th birthday celebration (this year the party is in October and he celebrates his birthday in December).

Despite his 34 years, Benzema seems to be in continuous improvement, or it is correct to say that the world is starting to pay more and more attention to him, after he lived for a long time under the shadow of Portuguese star Cristiano Ronaldo before the latter decided to leave Madrid in the summer of 2018.

After the match at Stamford Bridge, Ancelotti indicated To Benzema's growing sense of his importance in the team, he explained, "He is a player who feels his role as a leader is increasing day by day, and he feels that he has become more important in the team."

"That's what makes the difference for him, that's his character," the Italian said.

Benzema began to feel his increasing importance since 2018, when Ronaldo left for Italian club Juventus, coinciding with the decline in the level of Welshman Gareth Bale, up to the departure of former captain Sergio Ramos to Saint-Germain last summer.

Benzema stayed in the White Castle, and his sense of responsibility grew more and more.

Croatian Luka Modric, German Toni Kroos and Brazilian Casemiro "kings" of the midfield, and Belgian Thibaut Courtois may be the faithful goalkeeper of the "Merengues" den, but Benzema is the mascot, the only player that Real cannot replace him now.

Benzema celebrates his thirty-fifth birthday on December 19, the day following the final match of the World Cup Qatar 2022, which means that the celebration will have a very special flavor if he succeeds with Mbappe and their companions in leading the "roosters" to their second successive world title and third in their history.

But from now until then, Benzema will try to consolidate his position as one of the best players who have passed through the royal club alongside legends such as Ronaldo, whether the Portuguese or the Brazilian, Alfredo Di Stefano, Raul Gonzalez, Hungarian Ferenc Puskas or his compatriot and former coach Zinedine Zidane.

Pending what matters regarding the deal of Mbappe or Halland coming next summer, Benzema will give everything he has for the remainder of Ancelotti's career this season to confirm that he will not live in any scenario similar to the era of Ronaldo and will not return to being in the shadows again.