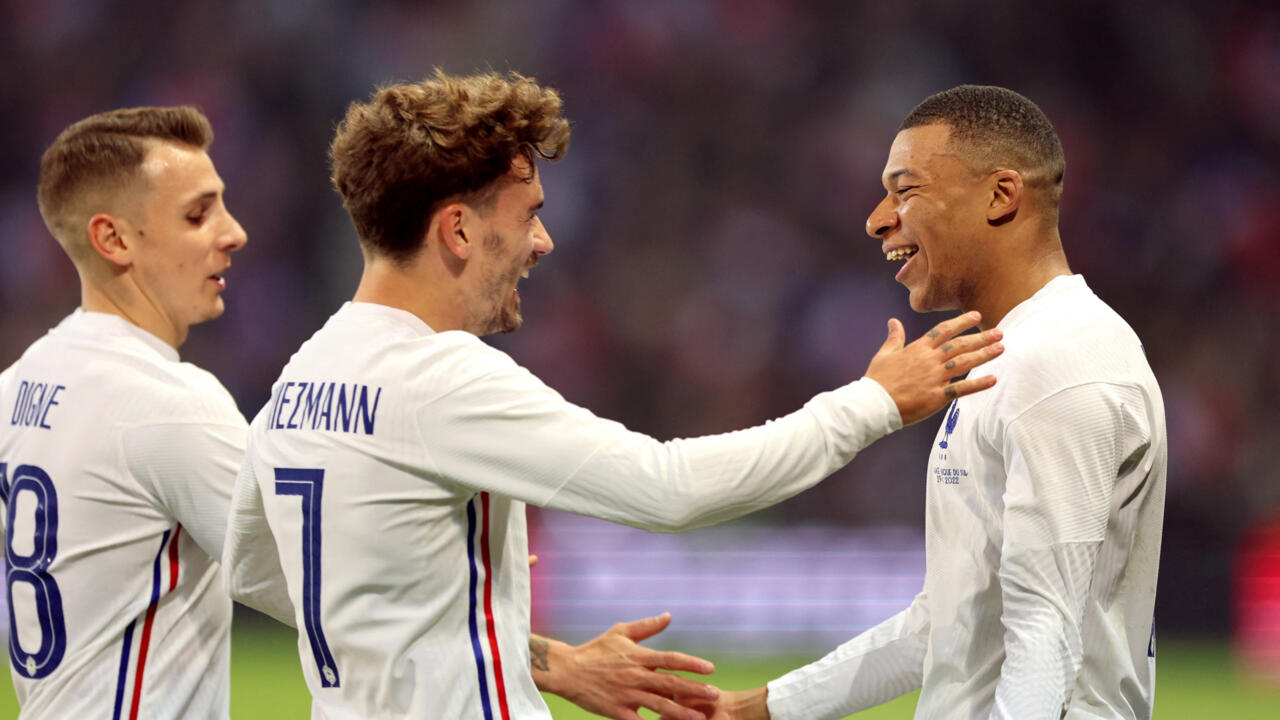 The players of the French football team, Kylian Mbappé, Antoine Griezmann and Lucas Digne (from right to left).

While fans have been waiting for this moment for a long time, some do not hide their fears about the cost of this World Cup 2022.

Following the final draw, which took place on Friday 1 April, fans now know the program for the group stage.

They can now orient their choices towards the posters that interest them the most.

Except that some are already warning about the complexity of attending the 2022 World Cup.

Nothing is fluid, I would even say that it is complicated, unlike the last World Cups

”, advances Anne Costes in the columns of

The vice-president of the Irrésistibles Supporters Français, the main association of French supporters, who hosted an information meeting with its members, indicated that the prices increased by 12% compared to Russia, in 2018, for anyone who would like to attend to the seven meetings of the Blues if they reach the final.

A dry ticket for the final has increased by 30%.

It will be necessary to pay 1280 euros in category 3 (the lowest) for the three matches of the first round, plus the four knockout matches.

But the biggest problem for tricolor supporters is on the accommodation side.

(the organizing committee) has informed supporter associations around the world that a capacity of 130,000 beds will be deployed during the competition, French supporters say they are in the dark.

The problem is that we don't know if we're talking about rooms or beds, which isn't quite the same thing

The other concern is that the organization requires us to book at least two nights, and even four nights if we attend the final.

Which is not very consistent with the fact that the country is not overwhelmed with accommodation.

Which will be difficult to verify.

In Russia, we had counted 600 members who had attended at least one match, reports Anne Costes.

According to the Football Supporters Europe association, it will take nearly 6,000 euros “

counting only flights, accommodation and tickets

” to be able to attend all the matches of the Blues.

The cheapest offer available in Qatar is around 100 euros per night in a shared room.

For the Football Supporters Europe association, the World Cup in Qatar could cost up to three more than the previous one in Russia.

The housing issue was largely ignored.

This is not specific to Qatar.

This happens very often in tournaments or in the finals of European competitions.

The priority is to accommodate the sponsors, the VIPs, the staff of the organization.

So this issue has been dragged under the rug for a very long time.

And today, Fifa, like the Qatari authorities, largely ignores the problem

More than 800,000 tickets found takers during the first phase of sales.

The random selection procedure period begins today and will end on April 28.

Customers whose order has been satisfied, in part or in full, will be notified of the result no earlier than May 31, 2022. Too late for some supporters who fear ending up with the most expensive accommodations.

If 600 supporters of the Blues had made the trip to Russia with the association of Irresistible French Supporters, they would only be barely a hundred at the present time wanting to attend the 2022 World Cup in Qatar.

It must also be said that a World Cup in November remains problematic for taking time off.

", expresses a fan in

Four types of tickets are available: tickets for a particular match (in four price categories, the last of which is reserved for residents of Qatar), tickets reserved for the supporters of one team for the entire group stage or for a match of the second phase in which their team is likely to participate, and tickets giving access to four matches in four different stadiums.

For spectators from abroad, the prices of individual tickets for the first round range between 250 and 800 Qatari riyals (between 62 and 200 euros) for a match.