Sembrant about the comeback: "Very proud to be here"

Linda Sembrant is back in the national team for real after her serious knee injury. Now she will help Sweden get to the World Cup, when on Thursday they take on Georgia away - just a few miles from the Russian border. - The whole situation is very awful, the 34-year-old says to SVT Sport. 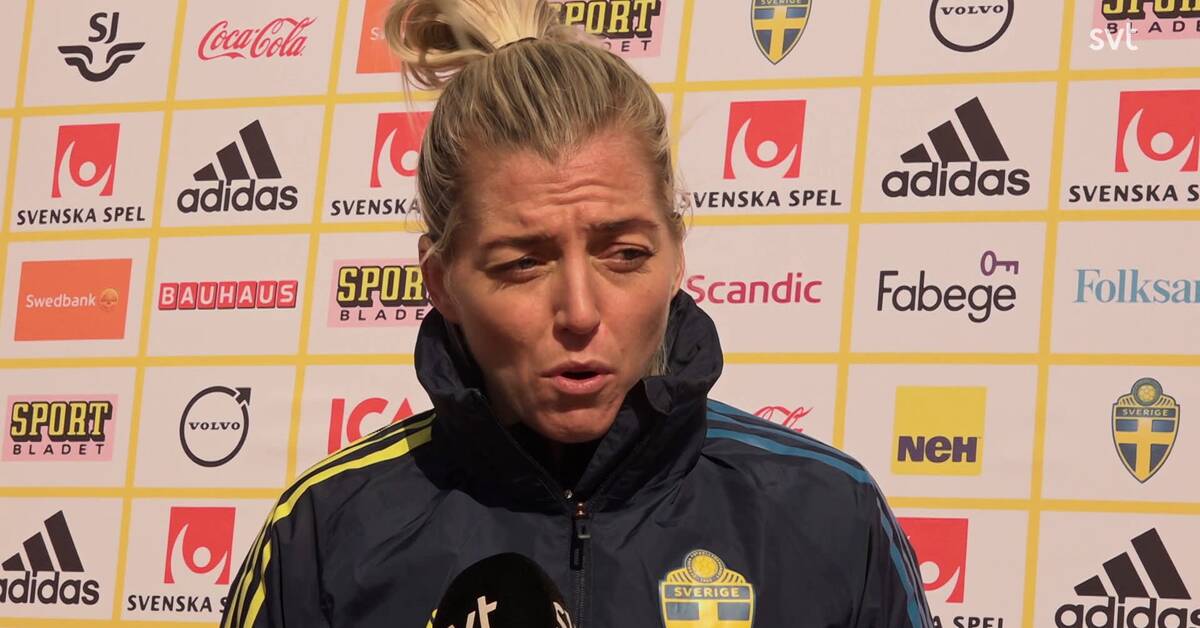 Linda Sembrant injured her cruciate ligament on May 14 and missed the Olympics in Tokyo this summer.

In February, the defender was back in action for the first time for his Juventus and when the Algarve Cup kicked off, the national team captain Peter Gerhardsson had taken out Sembrant again.

For her part, the national team star focused on stepping up training and getting back to the max - which she is now ready for - when the ladies take on Georgia to try to secure a place in the World Cup in Australia and New Zealand next year.

- The Algarve was fun, I got to feel it and train with the team, but to now be here for real is fantastic, says Sembrant to SVT Sport.

"Our security department does everything for us"

- It is a day I had with me during my long rehab and in tough times.

That I want to return to this environment and this team.

That I am now here for real makes me super happy and very proud based on everything I have done to actually be able to be here, she says

However, the trip to Georgia is a moment of uncertainty, given the war in Ukraine.

The World Cup qualifiers for the ladies are played in Gori, just a few miles south of the border with Russia.

The national team also had a safety meeting yesterday.

- The whole situation is very awful, our security department does everything for us, they are in control and are very careful.

We feel much more secure with them.

They give us security, says Sembrant.

Sweden has long been ready for this summer's European Football Championship in England.

But now two matches await where the national team can also secure games in the World Cup next year.

Sweden will meet Georgia away on Thursday and then return to Gothenburg for a match against Ireland on Tuesday next week.