A city, surrendered to Carlos Alcaraz: "How can you be so calm?"

I hadn't had a chance to meet Carlos Alcaraz until the Sunday before the final, when I went to watch tennis with my children. We ran into him in a hallway, and the... 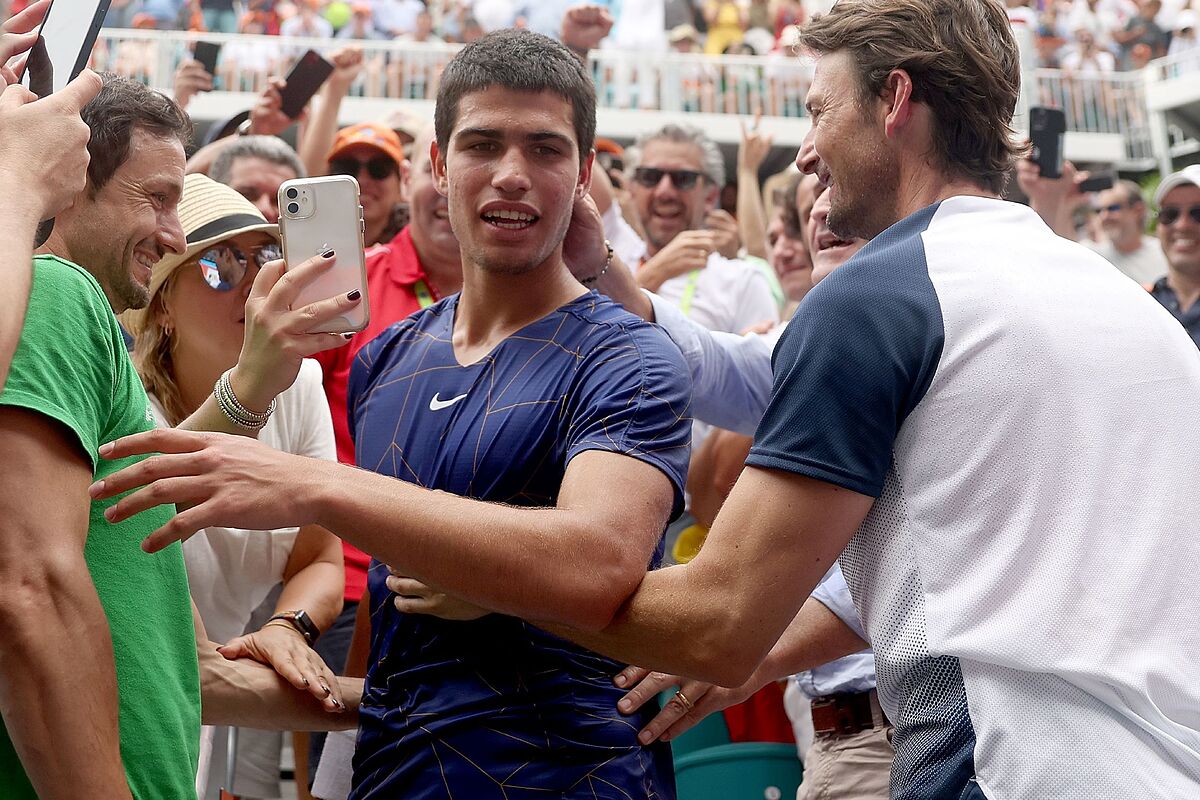 I hadn't had a chance to meet

until the Sunday before the final, when I went to watch tennis with my kids.

We ran into him in a hallway, and the truth is that when he took photos he already impressed me.

He is a boy who is not normal, he has a brutal energy and does not leave you indifferent, his humility surrounds you.

My tennis player son, who had not been able to come because he was playing a tournament, began to insist on me.

In the end I called

, his manager and a colleague from my club, and he invited us to the box.

On the way, while driving I was already tense, I wanted to see him on the track.

As soon as he arrived and entered the players' restaurant, there he was with his

As soon as he saw us he got up, very calm, polite, he took a photo of him with my son, we went to have a drink, there was more than an hour left to play.

My son commented to me: “How can he be so calm there?

Doesn't he get nervous?

And the truth is that his way of approaching the game is impressive.

We went outside, and whoever you talked to, the subject was Carlos.

He inspires energy, security but, above all, a desire to see him.

Going to the court, I ran into

his rival in the quarterfinals, and he told me: "If my boy plays well, he can have a game, but he must also add the extra that Alcaraz has", referring to the aura from Spanish.

He was a match.

He gained the aura.

During the game, when he laughed, we all laughed.

A key moment, after the point with which he almost lost, 3-5 in the third set tiebreaker, he found the public's spirit and at the moment he made a gesture of getting up with his arms, but with a smile on his face. her face.

We all get up.

I looked impressed at the people, the whole stadium standing applauding and laughing, joyful, happy.

This boy had awakened the illusion and happiness of seeing this sport.

He won the next four points and the match.

Tremendous ending, the entire stadium at his feet.

The people, full, all leaving delighted.

A mix of Nadal, Federer and Djokovic

Seeing and breaking down the reason for his pull and his success, I would say that his game is

-type aggressive , he volleys with incredible effectiveness, he makes devastating drop shots, he has the capacity for suffering and the tenacity of

For me he is a mixture of the three and also has that energy, and confidence to make the most difficult things easy at key moments.

We were lucky enough to share the stands with Carlos's father and the president of his club, who happened to have given me an invitation to Murcia in my first professional tournament.

And when I asked his father how he had managed for a two-handed backhand player to have such good balance on backhand dropshots and volleys, he was honest by saying that he believed that the thousands of hours on the fronton at any time of the day had given that ability to maneuver out of the ordinary.

He has an exceptional game.

Some eloquent numbers: 11 serves and volleys that were 11 points in the final.

Doing that on key points like he does and winning on those percentages is magic.

People feel it, players live it and he enjoys it.

will have a lot to do with giving him confidence in those key moments.

Thank you Carlos for being brave, for making tennis so beautiful, plastic, and, above all, for awakening my heart and being able to fall in love again with how it is possible to play tennis so different.

Thanks to the team for the great work.