Qatar World Cup stars are shining, who will write a new legend?

China News Service Client, Beijing, April 2 (Liu Xingchen) In the early morning of Beijing time on the 2nd, the Qatar World Cup draw ceremony was held. This four-yearly top football feast will be unveiled in November. A major football event held every four years, big-name players are about to gather in Doha and stage a new legend there. On March 12, local time, in the Premier League match betwe 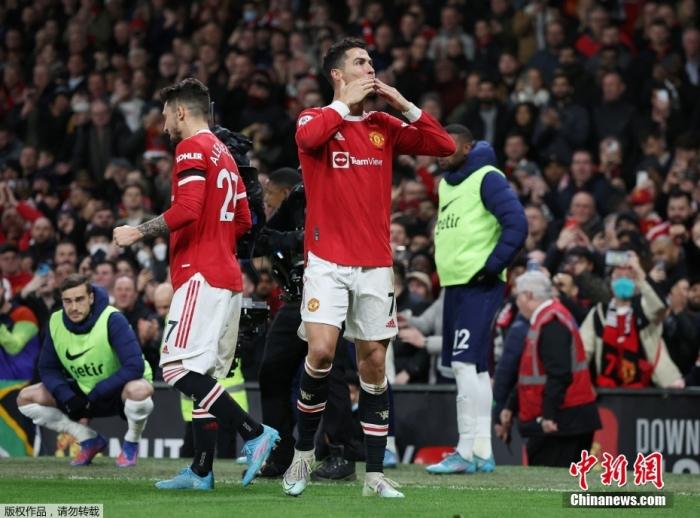 China News Service Client, Beijing, April 2 (Liu Xingchen) In the early morning of Beijing time on the 2nd, the Qatar World Cup draw ceremony was held. This four-yearly top football feast will be unveiled in November.

A major football event held every four years, big-name players are about to gather in Doha and stage a new legend there.

On March 12, local time, in the Premier League match between Manchester United and Tottenham Hotspur, Ronaldo scored 3 goals to complete a hat-trick, and the total number of goals in his career reached 807 goals, crowned the first in professional football history. shooter.

When the final whistle of the World Cup European play-off final against North Macedonia rang, the 37-year-old Portuguese Ronaldo fulfilled his promise and ushered in his fifth World Cup trip.

"We advanced to the Qatar World Cup, and this is the seat we deserve." Ronaldo was still so confident, he declared to the world that his sword was not old.

In the Premier League match between Manchester United and Tottenham in mid-March, Cristiano Ronaldo scored a "hat-trick" and became the top scorer in history with 807 goals.

Despite being an out-and-out veteran, he still maintains a good competitive state.

Looking at Ronaldo's honor book, he lacks a World Cup champion. This time, can this lack be made up for?

From leading Argentina to the Copa America after a lapse of 28 years, to breaking the South American national team's scoring record held by Pele, to winning the Ballon d'Or for the 7th time, like his old rival Ronaldo, Messi is also writing himself. the legend.

He led the Argentina team to advance to the Qatar World Cup finals early.

Bringing memory back to 2014, Argentina in the World Cup in Brazil went all the way to the final. They struggled with Germany to the end and lost 0-1 in extra time.

This is the closest Messi has come to the Hercules Cup. The honor he has been longing for seems to be within reach, but finally passes by.

At the time of the Qatar World Cup, Messi was 35 years old. This time, he must be very eager to make up for the regrets of 8 years ago.

Data map: Neymar in the game.

In November last year, in the World Cup South American qualifier against Colombia, Brazil won 1:0, locking in tickets for the World Cup finals in advance, and it was Neymar who sent the winning assist.

In 2010, Neymar was selected for the Brazilian national team for the first time, and he ushered in a goal in his national team debut.

Although his state is not outstanding after his recent return from injury, in the eyes of national teammate Paqueta, he is the best player in the Brazilian team, and everyone feels very reassured to have Neymar on the court.

This time, he will lead the "Samba Corps" to once again attack the highest honor in football.

"For this year's World Cup, I hope to participate in the best state." England star Kane said in an interview.

Today, he is the undisputed leader of the England team.

After losing the championship on penalties in the European Cup final last year, the "Three Lions" set their sights on the Hercules Cup.

This time, Kane is still the vanguard of the team, and he will lead his teammates to achieve better results.

Data map: Lewandowski in the game.

Although the Polish team only got on the train to the Qatar World Cup finals at the last minute, this does not mean that Lewandowski has lost his power.

The 33-year-old "Fengba" is currently occupying the top spot in the Bundesliga scorer list with an absolute advantage.

In the Group B final of the World Cup European qualifiers play-offs, Lewandowski broke the deadlock with a penalty kick. Poland finally eliminated Sweden 2-0, breaking the curse of invincibility for 30 years.

In the selection of the World Footballer of the Year award at the beginning of the year, Lewandowski defeated Messi and achieved the award for the second consecutive year.

It was the best reward for his outstanding performance last year.

In the 2020-21 season, Lewandowski broke the Bundesliga season scoring record set by Gerd Muller with 41 goals.

In the World Cup, the Polish striker's performance deserves attention.

"There is not much time left for the Belgian golden generation." This is a popular saying among fans.

During the European Cup last year, De Bruyne, the core of the Belgian team, celebrated his 30th birthday.

In the quarter-finals of the FA Cup a few days ago, De Bruyne took a penalty kick and made his goals surpass last season.

As you can see, he is still in good shape.

De Bruyne, Lukaku, Hazard... In the Qatar World Cup, the competitiveness of Belgium's "golden generation" is particularly strong, and they are still the favorites to win the championship.

Mbappe won the penalty by virtue of his personal ability, and then staged a "brace" to help France beat Argentina 4:3.

This battle became Messi's farewell battle in the current competition, and it was also the battle of French No. 10 Mbappe, who was less than 20 years old at the time.

In the World Preliminary match against Kazakhstan, Mbappe scored 3 goals in 32 minutes, completing the "Big Four".

After this battle, the French team advanced to the Qatar World Cup finals one round ahead of schedule.

After 4 years of hard work, Mbappe has become more mature and powerful, and he will lead the "Gallic Rooster" to defend the title.

During the European Cup last year, "Modric is too difficult" was on the hot search.

With age, Modric's footsteps are no longer as sharp as before, but he still dedicates everything to the team.

"Modric and Brozovic are both world-class players." Croatian coach Dalic commented after the game.

In his opinion, Modric will continue to be the leader of the team.

Four years ago, at the World Cup in Russia, Modric led the team to the final.

And this time, perhaps his last World Cup, he will fight hard and try not to leave any regrets.

"Qatar, here we come!" The German media said this after the German team revenge North Macedonia 4-0 in the World Qualifiers last year.

The victory made Germany the first team to qualify for the World Cup in Qatar.

In this German team, Havertz is undoubtedly a shining star.

"A once-in-a-century genius" and "The future of the German team", the 22-year-old Havertz already has too many titles, from the Bundesliga Bayer Leverkusen to the Premier League Chelsea, this "football golden boy" has broken out into a world of his own .

"I absolutely believe that Havertz will play a very important role in the World Cup." This is Havertz in the eyes of German legend Rudy Waller.

The Qatar World Cup, this rising star is worth looking forward to.

After missing the World Cup in Russia, the "Orange Legion" Netherlands team announced their return this time.

After the Netherlands beat Norway 2-0 in the European qualifiers for the World Cup, they secured the top spot in Group G and went straight to Qatar.

At the last moment of the game, Depay received a good pass from his teammates and scored a goal that "killed the game".

"I'm proud of the whole team!" Depay said excitedly after the game.

After scoring in that game, Depay was also tied for the top scorer in the European preliminaries with England striker Kane at the time.

As Depay wrote after the game: "World Cup, here we come".

As the world's top feast of football, Qatar World Cup, there will be new classics.

The last fight of the veteran and the grand debut of the teenager are all the charms of football. We look forward to the wonderful performance of all players!