Al-Ain and Al-Wasl Clasico top the 20th round matches

The Emirates League train returns again next Sunday, with the establishment of the 20th round, after a long international hiatus, due to the team’s participation in the two Asian qualifiers for the 2022 World Cup in Qatar, and the “Al-Abyad” kidnapped the Asian supplement card to face Australia on June 7. 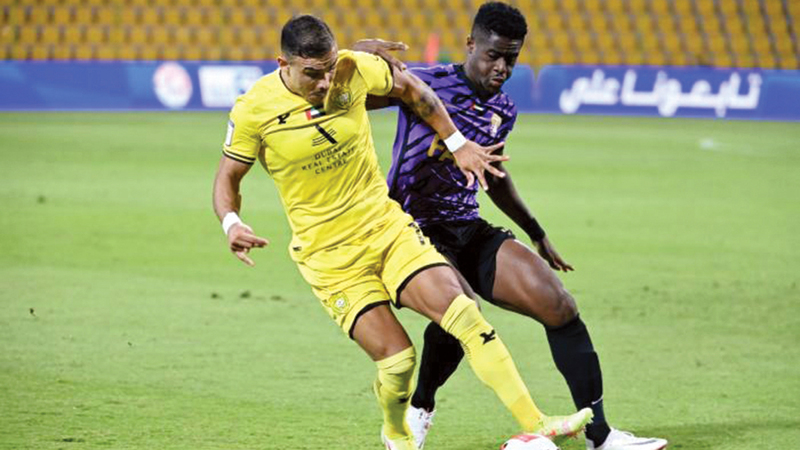 Al-Ain and Al-Wasl Clasico top the 20th round matches

Al-Ain and Al-Wasl are top-of-the-line.

The Emirates League train will return again next Sunday, with the establishment of the 20th round, after a long international pause, due to the team’s participation in the two Asian qualifiers for the 2022 World Cup in Qatar, and “Al-Abyad” kidnapped the Asian supplement card to face Australia on June 7. Overtaken to meet Peru a week later.

Al-Ain had won the top of the league in its favor by defeating Al-Wahda in the 19th round with a free goal, and the 20th round will witness heavy-caliber matches, most notably Al-Ain with Al-Wasl in the Emirati Clasico, and the first opportunity through which the leader looks for revenge against Al-Wasl, who took him out of the President’s Cup quarter-final .

The defending champion Al-Jazira is also playing at home, against the struggling Shabab Al-Ahly this season, after scoring a hat-trick last season. A step forward after a series of negative results, I settled in fifth place with 30 points.

Another summit in the 20th round at Al Maktoum Stadium, Al Nasr gathered with Sharjah in a match in which Sharjah is looking to maintain its fourth position, and the continuation of the conflict at the top of the ranking, in addition to avenging the loss that he had suffered against Al Nasr in the first round, and on the other hand, the season ended Theoretically, the victory is in ninth place with 25 points, and the board of directors begins work from now on in preparation for the next season.

The runner-up Al Wahda team will be on a perilous journey at the Emirates Stadium in Ras Al Khaimah, where it will have to face the bottom of the standings, who is looking for a lifeline in every match he plays in order to approach the Al Dhafra team, and try to save the season, while Al Dhafra is looking to continue providing its positive results in the last rounds. And seeks to bypass Ajman and approach the safety zone.

In other confrontations, Al Orouba will host the Ittihad Kalba team, and Khor Fakkan will receive its rival Baniyas.

Matches of the 20th round will be held at 10 pm