An atmosphere of disappointment and criticism prevailed after Iraq's dream of reaching the World Cup finals in football for the second time in its history evaporated. 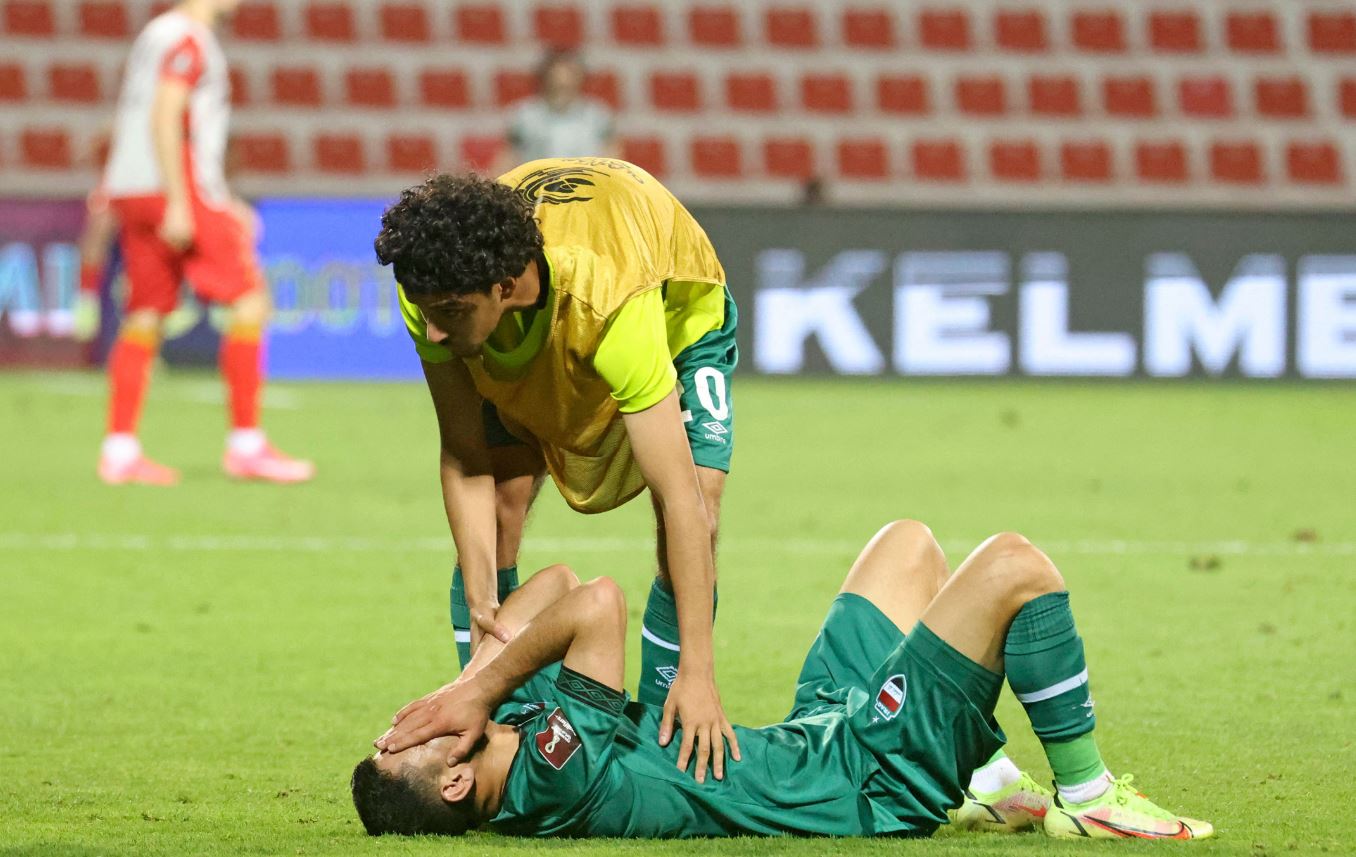 An atmosphere of disappointment and criticism prevailed after Iraq's dream of reaching the World Cup finals in football for the second time in its history evaporated.

Iraq reached the World Cup finals once in its history, in the World Cup Mexico 1986, thanks to a group of stars who wrote a history of football that is still firmly rooted in the country's memory and that Iraqis sing about with every setback experienced by the "Blacks of Mesopotamia".

The team bid farewell to the continental qualifiers for the 2022 World Cup in Qatar, where it was hoping to snatch third place in the first group and face Australia (third, second), after its disappointing draw against Syria (1-1) on Tuesday, and the UAE's victory over South Korea to be the play-off for its share.

The "Lions of Mesopotamia" team entered the decisive third round of the qualifiers in a better technical position, which made it one of the candidates to go far, especially after its strong start and snatching a valuable point from the land of its South Korean host before shaking its career with a succession of bad results.

Social networking sites witnessed reactions that reflected the shock and anger of Iraqis, so they published pictures of the Iraqi team, which achieved their dream of reaching the 1986 World Cup.

Karim Saddam, one of the stars of that achievement, said that the main reasons for Iraq's failure to reach the World Cup in Qatar are "the changes that the team faced in terms of constantly changing coaches, and this caused the emergence of more than one unstable squad."

Saddam, 61, told AFP, "The passing of four coaches to the national team in the qualifying campaign, especially the decisive ones, leads to a negative outcome. Each coach has a vision, and this reflected negatively on the team's journey and its failure to reach the play-off at least."

For his part, the former international, one of the pillars of the Iraqi national team's defense and its former coach, Radhi Shnaishel

, blamed the Iraqi Federation's nomination of four coaches to lead the team within a short period.

"The current chaos in football is an extension of the chaos that the country is experiencing in all fields," added Shnaishel, who led his country to fourth place in the 2015 Asian Cup in a preparatory period of no more than 45 days.

Shanshel called on the federation to review the team's failure and discuss what happened and the reasons for its failure to reach the World Cup in Qatar "to come back stronger and better and restore its position."

For his part, Shahd defended his mission with the "Lions of Mesopotamia" and said after the Syria match, "The situation of the team when I received the task was very difficult to the point where goalkeeper Fahd Talib was the best player throughout the qualifiers."

He added, "The team was suffering from poor scoring and a weak defensive aspect. We tried to correct the situation in the last two matches, and it was a positive thing to return to the competition. The early goal of Syria confused our accounts, in addition to missing several opportunities."