Goodbye between tears of Paula Badosa in Miami

The Spanish Paula Badosa, number 6 in the world ranking, withdrew due to injury and in tears from the Miami tennis tournament, 17 minutes after jumping onto the court to play... 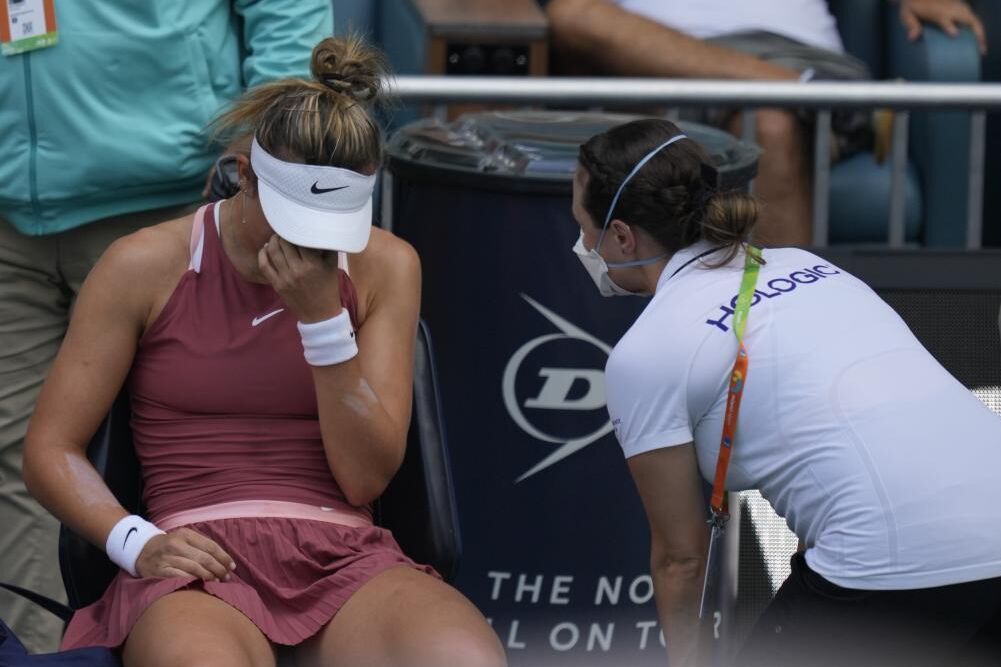 , number 6 in the world ranking, withdrew due to injury and in tears from the Miami tennis tournament, 17 minutes after jumping onto the court to play the quarterfinals against the American Jessica Pegula.

Badosa, who was a semi-finalist in Indian Wells last week, was down 1-4 in the first set when he reported his withdrawal visibly frustrated by a physical problem.

The Spanish player, champion of Indian Wells last year, had already had physical problems during her round of 16 match against the Czech

, although in that case she managed to overcome and advance to the next round.

Last Monday, Badosa triumphed 6-2, 6-3 against the 16-year-old Czech player, but she seemed dizzy on the court, with

breathing problems and symptoms of exhaustion

In that case, the Catalan player, born in Manhattan in 1997, received assistance in the third game and the doctors measured her pressure before she could resume competition.

And those symptoms were noted again in the quarterfinal match against Pegula, despite the fact that the match started positively for Badosa, with a break in the first game.

However, Pegula's reaction was forceful.

He recovered the break to love and held serve, back to love, to take a 2-1 lead against a struggling Badosa.

You could see the concern of the Catalan player, who knew that she was not in top form.

After the break, Pegula took Badosa's serve again and held hers to take an easy 4-1 lead.

It was at that moment that Badosa called for medical help and, a few seconds later, put away his racket to report his withdrawal from the tournament.

He was moved by disgust and Pegula went over to give him a hug.

Barely 17 minutes had passed since the start of the match and Pegula advanced to the semifinals, where she will face the winner of the match between Poland's

The other semifinal will be played by the Swiss

twenty-second favorite, and the Japanese

TennisPaula Badosa remains firm in the footsteps of Navratilova