Watch.. Iraq tied with Syria and the UAE defeats South Korea and qualifies for the Asian World Cup

The UAE preserved its chances in the competition to qualify for the World Cup Qatar 2022, with its precious 1-0 victory over South Korea on Tuesday in the tenth and final round, and its Iraqi rival drew 1-1 with its Syrian counterpart. 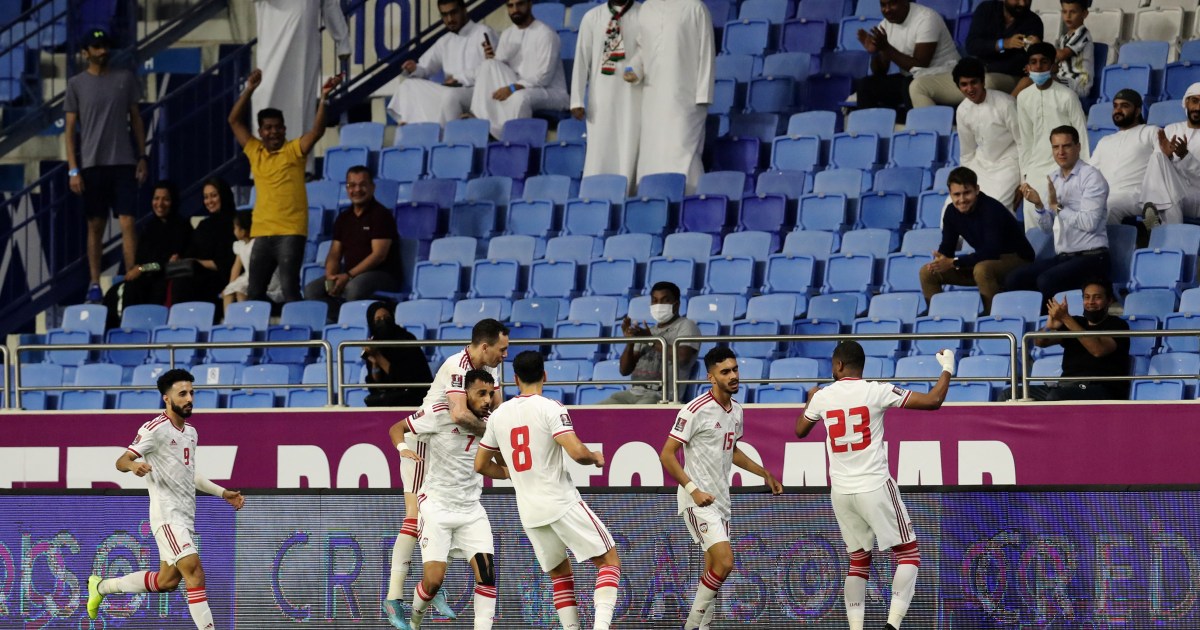 The UAE national football team maintained its chances in the competition to qualify for the Qatar World Cup 2022, with a precious 1-0 victory over South Korea today, Tuesday, in the tenth and final round of the first group matches in the final round of the Asian qualifiers for the World Cup, while its Iraqi rival tied with its Syrian counterpart 1- 1 in another match today in the same round.

The UAE team raised its score to 12 points in third place, 3 points ahead of its Iraqi counterpart, so that Al-Abyad booked his seat in the Asian playoffs.

The balance of the South Korean team froze at 23 points in second place in the group, two points behind the Iranian team, knowing that the two teams guaranteed qualification for the 2022 World Cup before the matches of this round.

At Zabeel Stadium in Al-Wasl Club in Dubai, the UAE team snatched a valuable victory over its Korean counterpart, with a clean goal scored by Hareb Abdullah Suhail (54), to be the first defeat for the Korean "Shammoun" in this round in the qualifiers.

Also in Dubai, the match, which was held at the same time, ended in a 1-1 draw between the teams of Syria and Iraq.

The Syrian team was the first to score through Aladdin Al-Dali (3), and Ayman Hussein tied for the Iraqi team (31), and the Syrian team's balance rose to 6 points to advance to the penultimate fifth place in the group, with a goal difference only against Lebanon.