The number of qualified teams for the 2022 FIFA World Cup in Qatar reached 21, after Ghana joined the ranks of the qualifiers with a 1-1 draw with its host Nigeria. 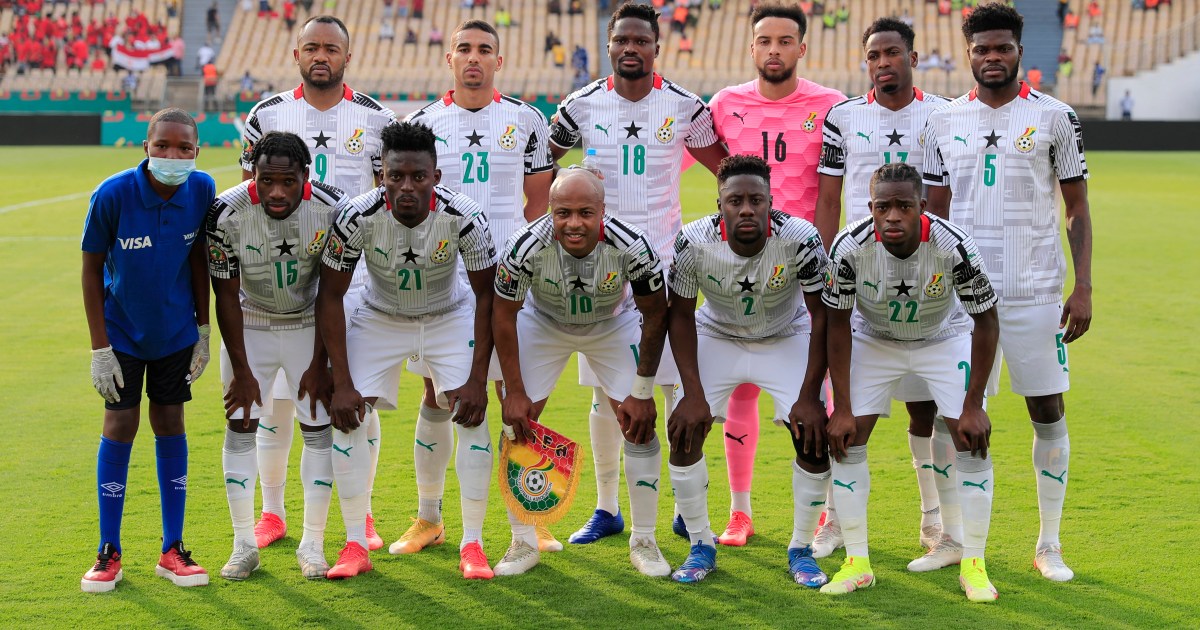 The Ghana national football team joined the ranks of the 2022 World Cup qualifiers by drawing a precious 1-1 with its host Nigeria today, Tuesday, in the second leg of the final round of the African qualifiers for the tournament.

The two teams had a 0-0 draw last Friday in Kumasi, Ghana, for the Ghanaian team to beat its Nigerian counterpart by a legal goal after their 1-1 draw in Abuja on Tuesday.

The Ghanaian national team became the first to qualify from the African continent for the 2022 World Cup and the 21st team to reserve its place in the tournament.

The Ghanaian team scored the net through Thomas Partey (10), and William Ekong tied for Nigeria (22 from a penalty kick).

The Canadian team qualified for the Qatar World Cup with a crushing 4-0 victory over its Jamaican counterpart last Sunday in the penultimate 13th round of the third-round matches of the Concacaf Confederation (North, Central America and the Caribbean) qualifying for the World Cup.

The Canadian national team crowned its successful career in the current qualifiers and booked its place in the finals, to be the first qualified from the Confederation of Concacaf to the World Cup in Qatar.

The Canadian team raised its score to 28 points at the top of the qualifiers table, 6 points ahead of the US and Mexican teams. The Jamaican team's balance was stuck at 8 points in seventh to penultimate place in the qualifiers table, knowing that it lost the opportunity to qualify before the matches of this round.

The qualification of the Canadian national team is historical because it is the first appearance in the World Cup after an absence of 36 years from its only previous participation in the World Cup in the 1986 edition in Mexico.

It is also a very important qualification on the road to building a strong team before the joint hosting of Canada, America and Mexico for the 2026 World Cup.

The qualified teams for the World Cup

The number of qualified teams for the World Cup in Qatar has become 21, in addition to the Qatari team representing the host country, which are: Germany, Denmark, France, Belgium, Croatia, Spain, Serbia, England, Switzerland and the Netherlands from the European continent, Brazil, Argentina, Ecuador and Uruguay from South America, Iran, South Korea, Japan and Saudi Arabia from Asia, and Canada From CONCACAF, Ghana from Africa.

The Canadian team won the match significantly in its first half, with two clean goals, scored by Sail Larren and Tajun Buchanan in the 13th and 44th minutes.

In the second half, the team consolidated its victory with a third goal scored by Junior Howlett in the 83rd minute, while the team's fourth goal came through friendly fire, as Adrian Mariappa of Jamaica scored the goal by mistake in his team's goal in the 88th minute.

Larren raised his score to 13 goals in the top scorer list of the current CONCACAF qualifiers for the Qatar World Cup, knowing that he scored 6 of them in this final round of qualifiers.

Lareen occupies the second place in the list of top scorers in these qualifiers in the world, only one goal behind Emirati Ali Mabkhout.