New amendments to 5 articles in the football law 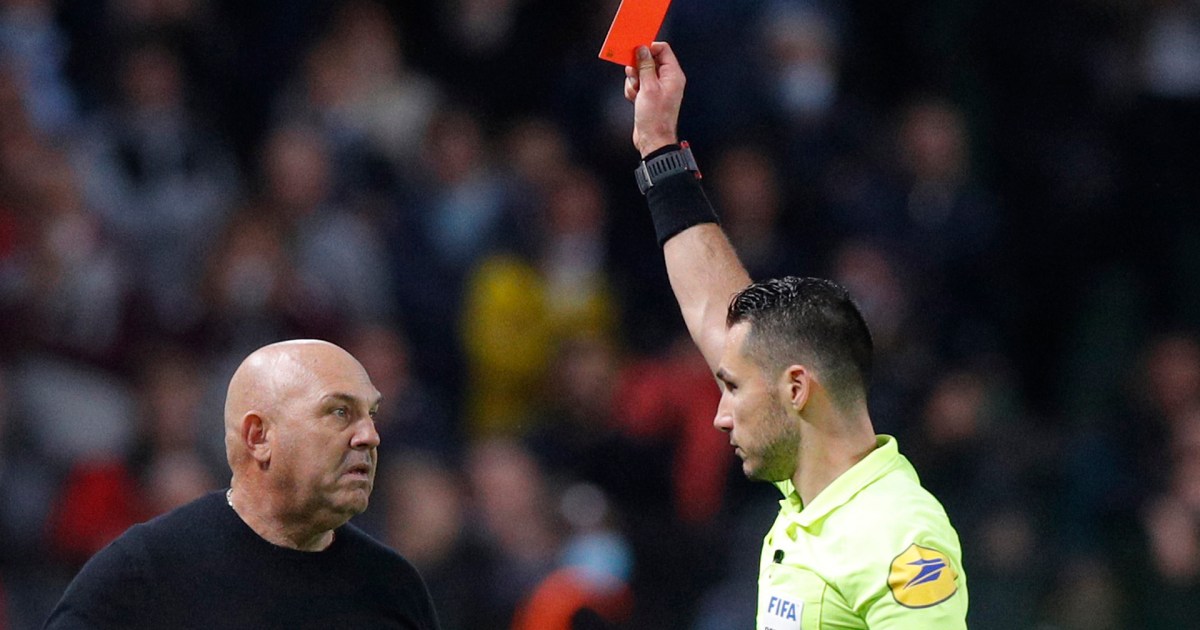 Hamdi Al-Qadri, the former international referee and arbitration expert in Al-Kass channels, told Al-Jazeera Net that those who hear about the issuance of new amendments believe that they are at the heart of the law of the game and it takes a long time to understand and get used to them, as was the case in previous versions of changes and fundamental amendments, but this time most of the amendments came Easy, clear and full of cosmetic touches in its formulation, as it clarifies or confirms previous legal texts.

If a substitution is made before extra time, the procedure must be completed before the match restarts.

If the referee is not informed and notices this:

➡️ the substitute may continue to play

➡️ no disciplinary action is taken

➡️ the matter is reported to appropriate authorities pic.twitter.com/wQbegIJhQj

The new amendments approved by IFAP to the Football Law are as follows:

Adding the phrase that the referee throws a piece of the lottery to determine the kick-off, as the text previously did not refer to the referee’s doing this procedure, even though everyone who follows football knows that the lottery is carried out by the match referee.

3. Article 10 (Determining the outcome of the match):

Paragraph 3 Disciplinary penalties: The legislator added a clarification to the previous text: “The player is expelled if a goal is prevented or a clear opportunity to score a goal is stopped by touching the ball with his hand.”

He added the following clarification: “This procedure does not apply to a goalkeeper inside his penalty area,” which is self-evident but has been drafted to match the text regarding the handball penalty in general, in which the law states that a goalkeeper is exempt from the penalty for handling the ball if he does so within the penalty area. his reward.

Paragraph 3 Resumption of play after errors and misconduct: With regard to a player leaving the playing field and committing an offense against an external element, this amendment is the most important, because the previous text considers that any violation committed by a player against an external element during play is appealed by dropping, but in this amendment an important addition If a player goes outside the field of play without the referee's permission and the player commits an offense against an outside player during play, play must be resumed with an indirect free kick from the point at which the player left the playing court.

The penalty here is an indirect free kick due to the player leaving the field without the referee’s permission. As for the disciplinary penalty for the offense against the outside element, it remains according to the type of offense.

The amendment came in the method of implementation paragraph, where the phrase (or behind the goal line) was added regarding the position of the goalkeeper during penalty kicks or penalty kicks.

The previous text indicated that the goalkeeper's feet or at least one of them must touch the goal line at the moment the penalty kick is taken.

In the new amendment, and to prevent controversy, the phrase “or behind the goal line” was added, which means that a goalkeeper can have one foot in front of the goal line and the second behind the line, and this does not have any advantage for the goalkeeper.

Team A takes a corner kick and Team B penalty catches the ball within their penalty area.

After that, before releasing the ball, the goalkeeper deliberately touches Team A player's head with their hand and pushes the opponent.

What is the referee's decision?

The new amendments are among more than a hundred amendments to the football law, since Gianni Infantino took over the presidency of FIFA, which sparked controversy and sometimes objections from teams that have become lost due to the many arduous amendments even to the referees themselves, and need training courses to install them.

Al-Qadri believes that most of the new amendments in recent years were approved in a hasty manner and some of them are not important for the development of the game, stressing that the haste in their approval showed defects and loopholes when applied, which forced the International Legislative Council to re-amend them again, or even cancel some of them permanently, or clarify some points and add points Others to reduce the ongoing controversy and attack it.

Al-Qadri demonstrates his point of view with controversy and confusion in the application of the hand touch amendment, which took a large part of the amendments every year in recent years, as Evab approved amendments to the hand touch and was forced to approve other new instructions that cancel the previous instructions.

In order to reduce this confusion, the former Syrian international referee suggests that proposals for amendments to the football law be studied once every three years, so that any amendment takes sufficient time from experiments, as was the case in the nineties and the beginning of this millennium.