Bentuho suffered a disappointing defeat in the final match against the United Arab Emirates in Qatar World Cup final qualifiers, ending their undefeated streak and losing their first place in the group. The Korean national football team, led by coach Paulo Bento, conceded a winning goal to Abdullah in the 9th minute of the Asian final group A match 10 away at Al Maktoum Stadium in Dubai, UAE and lost 1-0 to UAE. 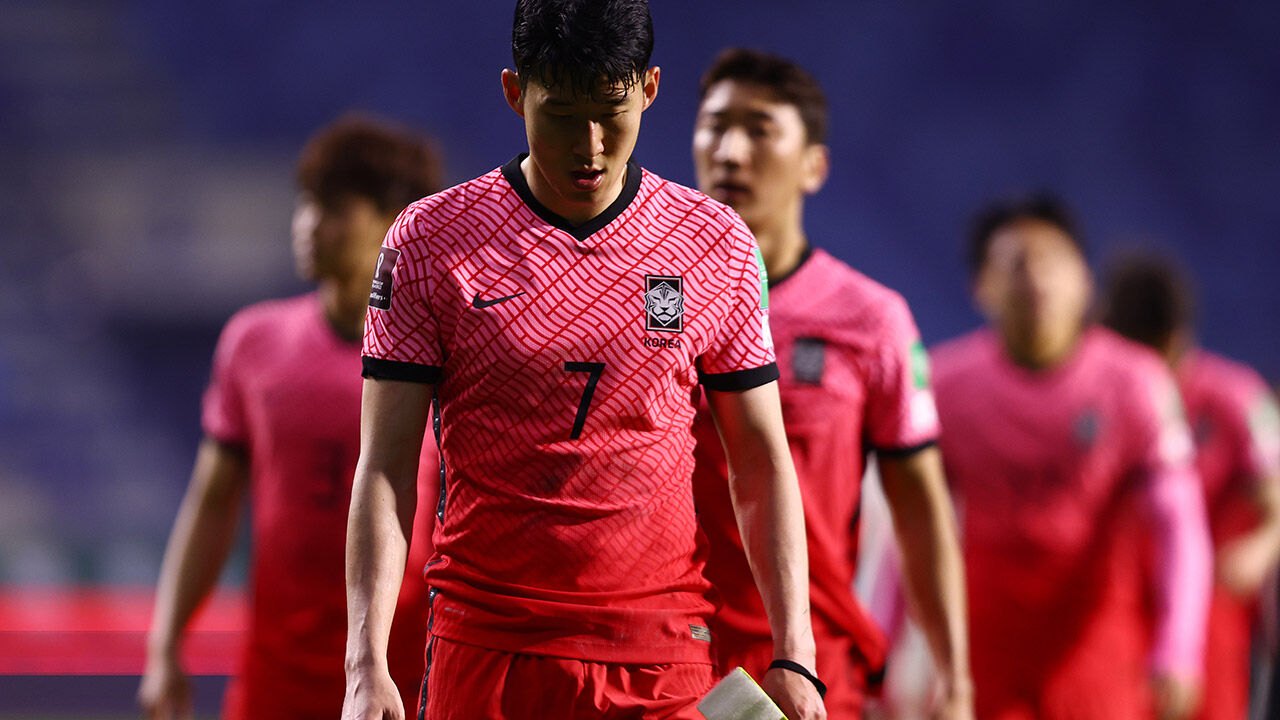 Bentuho suffered a disappointing defeat in the final match against the United Arab Emirates (UAE) in the Qatar World Cup final qualifier, ending their undefeated streak and losing their first place in the group.

The Korean national football team, led by coach Paulo Bento, conceded a winning goal to Abdullah in the 9th minute of the Asian final group A match 10 away at Al Maktoum Stadium in Dubai, UAE and lost 1-0 to UAE.

Korea has already confirmed that they will advance to the finals for the 10th consecutive World Cup, but after losing the final match, they remained on 23 points (7 wins, 2 draws and 1 loss), and Iran won the previous home match against Lebanon 2-0 (25 points, 8 wins, 1 draw and 1 loss). They finished the final qualifier with 2nd place in the group.

In addition, Bentuho did not achieve the undefeated record in the World Cup qualifier, which he had been aiming for in 12 years since the 2010 South African Games.

The UAE is ranked 69th in the FIFA World Rankings, one step lower than Korea (29th), but after trying their best to advance to the playoffs (PO), they gave a blow to Korea.

The United Arab Emirates secured the 3rd place in Group A with 12 points (3 wins, 3 draws and 4 losses) and played a play-off with Australia, who placed 3rd in Group B.

A win in this match will challenge the 5th placed team in the South American qualifiers to Qatar in an intercontinental playoff.

The teams that Korea will face in the Qatar World Cup group stage, which begins in November, will be selected in the group draw to be held at the Exhibition and Convention Center in Doha, Qatar at 1 am on April 2nd.

In the face of the UAE, which is trying to keep hopes of qualifying for the World Cup, Bento started off with captain Son Heung-min, Hwang Ui-jo, and Hwang Hee-chan.

In the 36th minute of the first half, Kwon Chang-hoon infiltrated the left side of the opponent's penalty area and laid low on the ball, and Hwang Ui-jo held out his right foot, but it passed.

Two minutes later, Lee Jae-seong's cross raised from the left side of the penalty area was returned to Hwang Ui-jo's head, but it went slightly over the goal, and the assistant referee's offside flag was also raised.

In the 43rd minute of the first half, Son Heung-min's corner kick was cleared by the opposing defense, and Hwang Hee-chan, who was on the right side of the penalty tee, launched a non-stop shot with his right foot, leaving the ball hit the cross bar and left a disappointment.

South Korea attempted five shots in the first half, but none were on target.

Korea, who started the second half without change, took the lead in the 9th minute.

From the left flank, Mohamed Al Balusi's header passed through a defensive wall, and Harib Abdullah Suhail drove to the left of the goal area to open the goal with a left footed shot against goalkeeper Jo Hyeon-woo in a one-on-one situation.

It was Korea's third goal in the final qualifying round.

Korea made a comeback in the 15th minute of the second half, but Kim Tae-hwan's cross from the right side of the penalty area was headered by Hwang Ui-jo from the front of the goal, but the ball passed the goalkeeper's fingertips and hit the crossbar again.

Coach Bento tried to make up for it by replacing Kwon Chang-hoon and Nam Tae-hee a minute later.

In the 32nd minute of the second half, Kim Tae-hwan and striker Cho Young-wook were added to attack more, but the UAE's thick defensive wall could not be broken.

In the second half of extra time, Son Heung-min took a free kick from a good spot on the left side of the arc, but the ball that he hit with his right foot was deflected and blocked by the goalkeeper and missed the last goal opportunity.

On the other hand, Iraq, who placed 4th with the possibility of going to the playoffs, drew 1-1 in the away match against Syria in Dubai, leaving only 9 points (1 win, 6 draws and 3 losses), and the elimination was confirmed.