Danish playmaker Christian Eriksen launched his return to international competitions after nearly nine months of cardiac arrest, by scoring a goal two minutes after entering the friendly match that Denmark lost 4-2 against its host, the Netherlands, at the Johan Cruyff Arena. 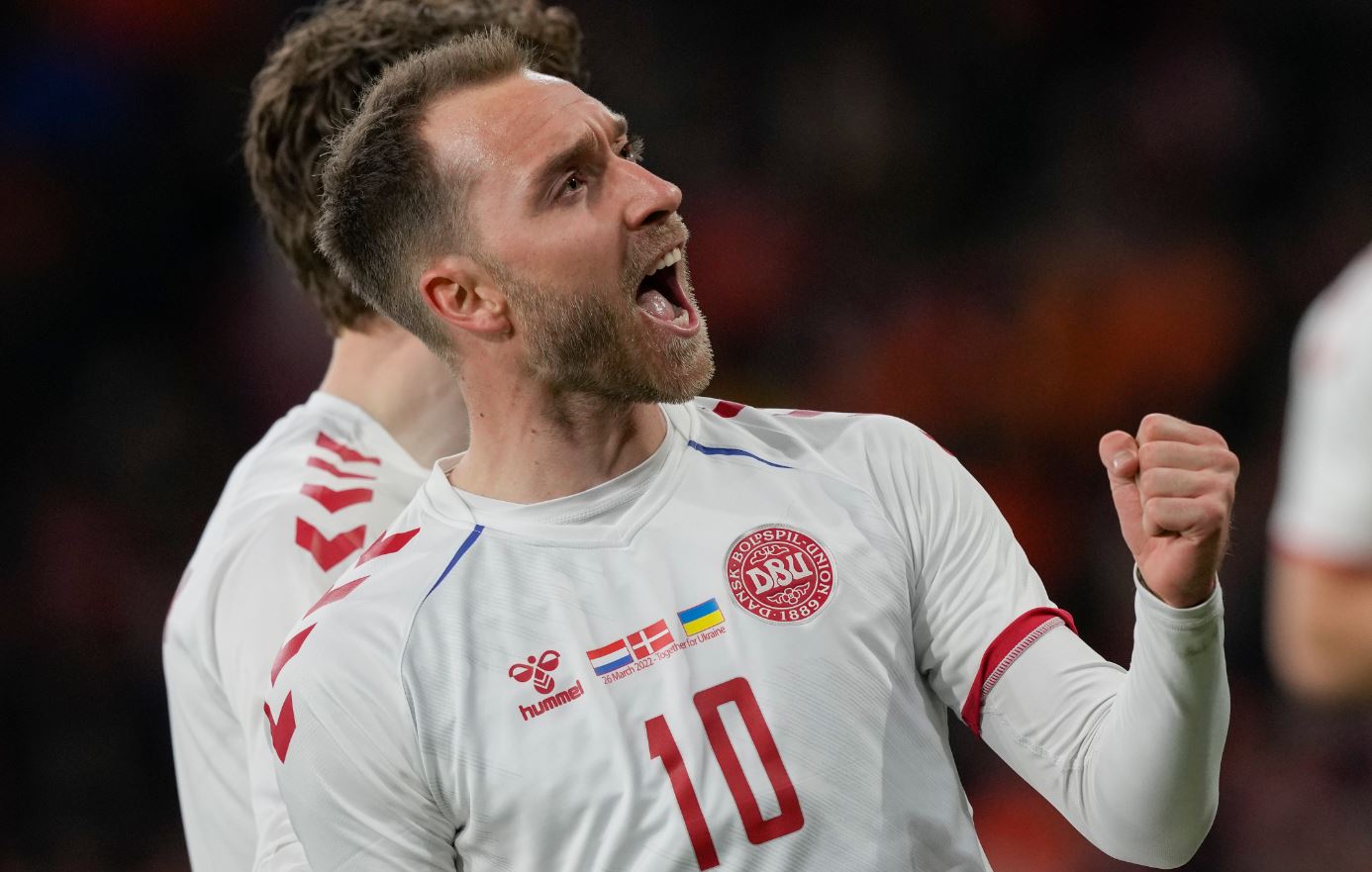 Danish playmaker Christian Eriksen launched his return to international competitions after nearly nine months of cardiac arrest, by scoring a goal two minutes after entering the friendly match that his country lost 4-2 to Denmark against its host Netherlands at the "Johan Cruyff Arena" in Amsterdam yesterday. As part of the two teams' preparations for the 2022 World Cup in Qatar.

Eriksen, 30, suffered a heart attack during Denmark's opening European Cup match against Finland in Copenhagen last June, and needed resuscitation on the field before he could complete his recovery in hospital.

After implanting a pacemaker, he returned to the competitions with the English club Brentford after he was forced to terminate his contract with Inter, because the Italian League does not allow him to play the game at a professional level with this device.

He participated for the first time in an official match since the incident on February 26 against Newcastle in the Premier League and was awaiting his international return.

Doubts were raised about his participation against the Netherlands after he was infected with the Corona virus, but he was ready to enter from the bench immediately after the break, amid warm applause from the Dutch fans, who also repeated that after his goal just two minutes after he came to the field (47).

The Netherlands opened the scoring with a header by Steven Berchwein, the English player, Tottenham Hotspur, after a cross from Daily Blind (19).

Denmark did not need more than three minutes to equalize the numbers after Yannick Westergaard rose to the cross of Joachim Mihli (19).

The war of headers continued, this time through Nathan Aceh, after a cross from Stephen Berkhais, to restore progress to the "mills" (29).

Memphis Depay scored the third goal for the orange team, who will participate in the World Cup in Qatar after his absence from the last edition in Russia, from a penalty kick obtained by Ajax player Berkhais (38).

After the two-half break, Eriksen entered the match to the applause of the audience, including Holland coach Louis van Gaal, and quickly scored the goal to reduce the difference with a powerful shot in the top right corner from inside the area after a pass from the other substitute, who entered with Andreas Svok Olsen (47), recording His 37th goal in his 110th match with his country.

The former English Tottenham player is expected to receive a hero's welcome in Copenhagen on Tuesday when his country hosts the Serbian national team.

However, Bergwein thwarted any hopes of returning to Denmark after he scored his second and fourth international goal with a superb curling shot from inside the area in the top left corner of goalkeeper Kasper Schmeichel (71).

The Netherlands is awaiting a strong match in the same stadium on Tuesday against its neighbor Germany.