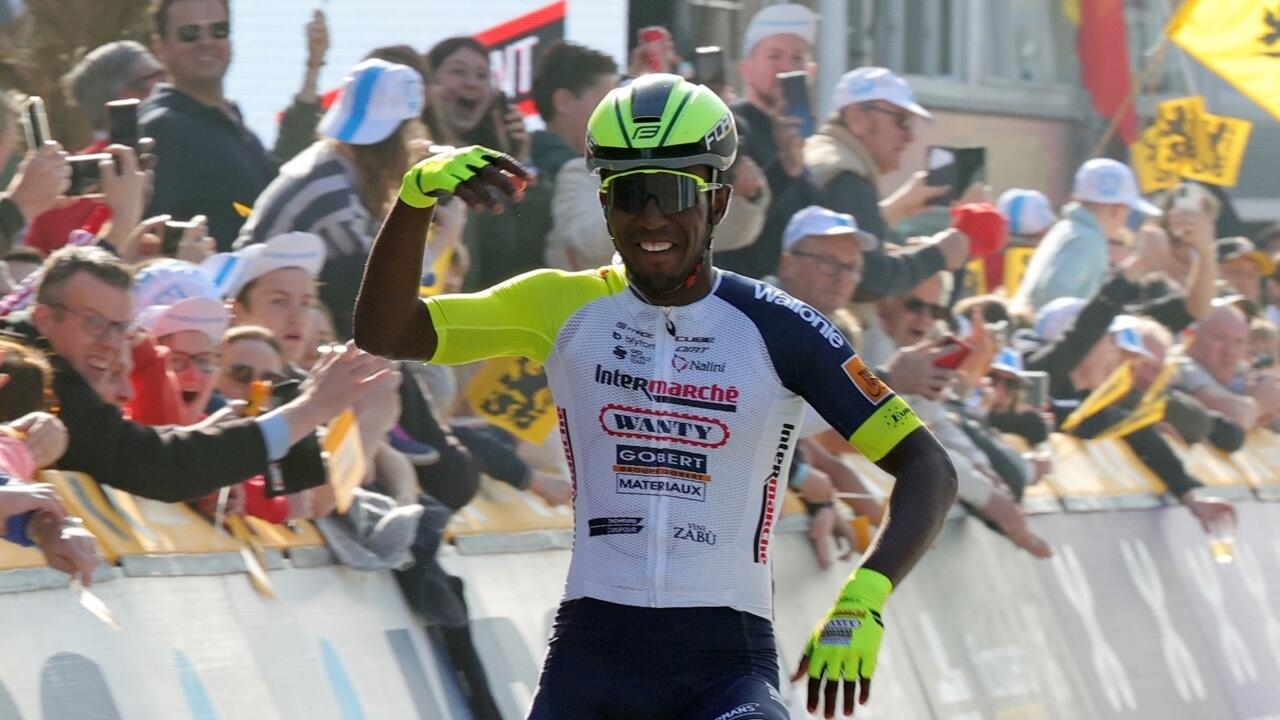 A historic victory for Biniam Girmay: the Eritrean enters the history of cycling by winning, Sunday March 27, Ghent-Wevelgem.

This is the first victory for a rider from a sub-Saharan African country in a cycling classic.

Girmay, who is 21, beat Frenchman Christophe Laporte in a sprint that brought together four runners at the end of 249 kilometers.

Silver medalist in the hopes category at the Worlds last year, Girmay signed the most important victory of a rider from sub-Saharan Africa in cycling.

The Eritrean, who turned professional in 2020 with the French team Delko, joined the WorldTour level last spring.

He asserted himself at the end of the season by winning the Classic Grand Besançon before starting the 2021 season with a success at the end of January in Mallorca.

Under the sun, the race could not settle in the various "mountains" despite the attacks of the Jumbo formation.

A quartet leading the pack

Belgian champion Wout van Aert set the pace on the third and final ascent of the Kemmel, 34 kilometers from the finish, and brought with him a small group of strong men (Asgreen, M. Pedersen, Laporte, van Baarle, Kragh Andersen, Mohoric then Benoot) without managing to create a sufficient gap afterwards on the flat roads leading back to Wevelgem.

A quartet (Laporte, Van Gestel, Stuyven, Girmay) broke away at the start of the last 25 kilometers and the main peloton, comprising several sprinters, failed to close the gap.

"It's just incredible, I couldn't hope for so much!" exclaimed Girmay, who planned to return to his country and then return to Europe to run the Giro.

"I suffered a bit on the cobbles, it was really not comfortable. Afterwards I felt better and better and I took up places. In the sprint, I was dealing with strong riders but I I had confidence", added the winner who launched the sprint from afar.

"It will change a lot of things for my future and that of African riders," concluded the Eritrean, representing cycling on the rise symbolized by the organization of the 2025 Road Worlds in Rwanda.