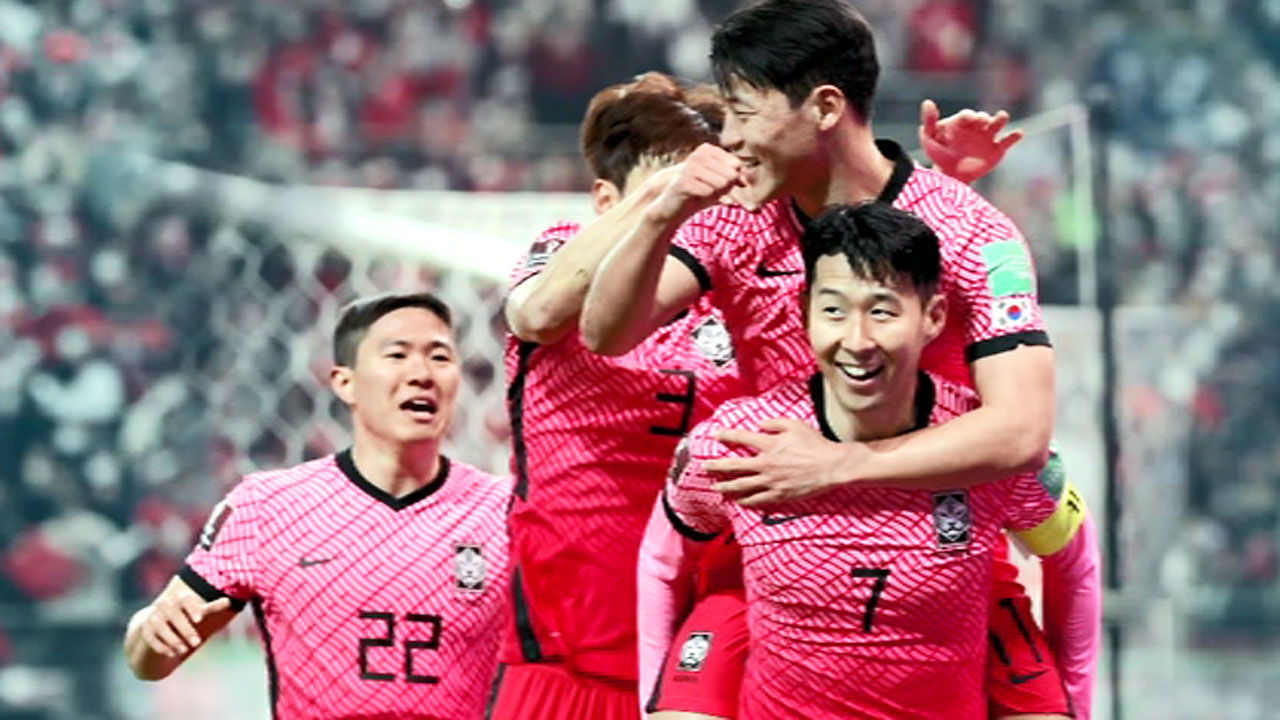 The Seoul World Cup Stadium, where the soccer match against Iran was held on the night of last night (24th), was filled with cheers of 64,000 people.

It was a cool win over Iran, which they have not won in 11 years.

As the stadium was filled with over 64,000 spectators, the largest number of domestic sports spectators in the era of Corona, the fans prayed for victory with one voice.

Like this wish, and like the card section embroidered on the stadium, the scenes 'I wanted to see' unfolded splendidly.

When captain Son Heung-min broke through Iran's goal with a stunning non-rotational mid-range shot in extra time in the first half, the stadium turned into a crucible of enthusiasm.

The key goal in the second half was the result of perfect teamwork.

Hwang Hee-chan broke the flank and gave the ball to Lee Jae-seong, and Kim Young-kwon, who received a one-touch pass, finished with a left footed shot.

The national team with a 2-0 win over Iran coolly broke the 11-year unbeaten jinx and climbed to the top of the group in the final qualifying round.

[Heung-Min Son/Soccer Team Captain: It was great to be able to show that we are a better team, and I am really happy that I went through the final qualifier comfortably like this while insisting, and I am very grateful to the players.]

Final qualifier 7 wins, 2 draws Bento, who led the undefeated streak, won his 28th victory after taking office in 2018, breaking the record for the most wins in the history of the national team.

[Bento / Soccer Team Manager: It was a really beautiful atmosphere.

We will try to make all our fans as happy as possible.

I want fans to be proud of their players.

This is the most important thing.]

Bentuho, who celebrated their early finals with a hot win at home, will finish the final qualifier campaign with an away game to the United Arab Emirates next week.