19 qualifiers out of 32.. Learn about the qualified teams for the 2022 World Cup in Qatar

Ecuador and Uruguay joined the ranks of the qualifiers for the 2022 FIFA World Cup in Qatar, after they booked the third and fourth direct qualification tickets for the South American qualifiers, bringing the number of qualified teams to 19. 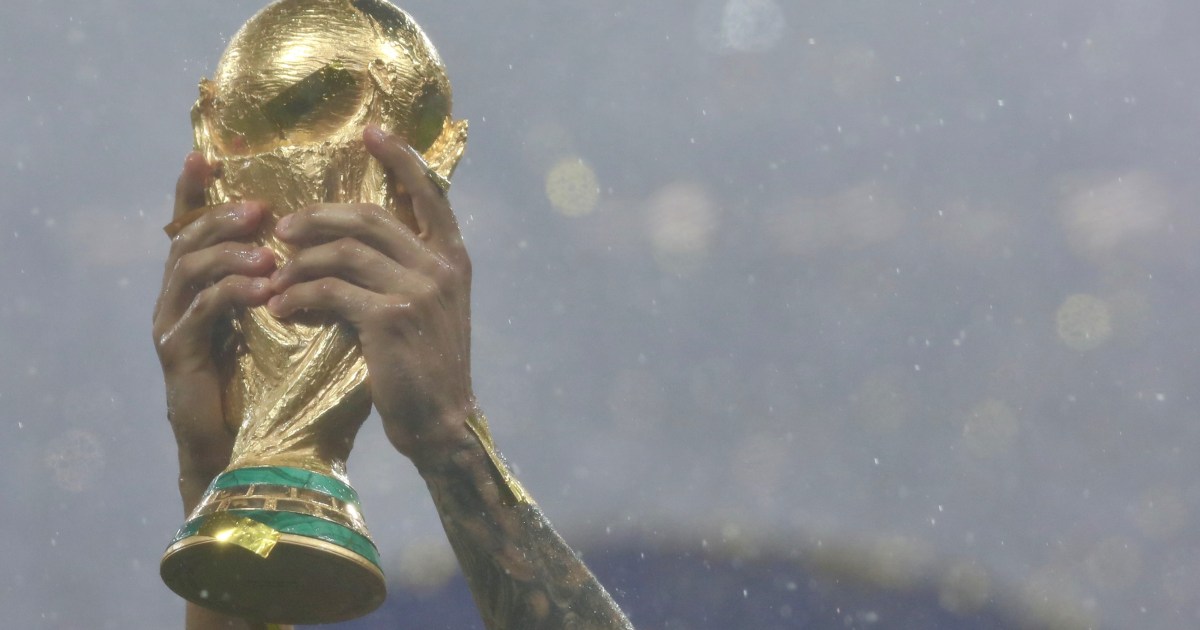 Ecuador and Uruguay joined the ranks of the qualifiers for the 2022 FIFA World Cup in Qatar, after they booked the third and fourth direct qualification tickets for the South American qualifiers, bringing the number of qualified teams to 19.

And the Brazil and Argentina teams decided earlier the first and second cards for South America, and the matches of the 17th penultimate round of the qualifiers, which were held on Thursday evening, resulted in Ecuador and Uruguay deducting the third and fourth places cards.

The struggle between Peru, Colombia and Chile was limited to winning the fifth place, whose owner is playing the world play-off against the fifth Asian qualifiers for another qualification for the World Cup.

In Asia, Saudi Arabia and Japan decided yesterday, Thursday, the direct passes for the second group, after Iran and South Korea secured qualification for the first group earlier.

Australia, which secured third place in Group Two, will have to play a first match against the third-placed in Group A, which the UAE, Iraq and Syria are competing against, to ensure passage to the international play-off match against the fifth in South American qualifiers.

The Qatari national team is playing the tournament without qualifying as the representative of the host country.

It is expected that 3 teams will join the 10 European teams that previously qualified for their qualifications: Germany, Denmark, France, Belgium, Croatia, Spain, Serbia, England, Switzerland and the Netherlands.

The identity of the three teams will be determined after completing the play-off, which is being held this time in a different way than in the past, as the ten teams that ranked second in their groups in the European qualifiers qualified for it, and two teams joined them through the European Nations League.

The 12 teams were divided into 3 tracks, each with 4 teams competing in two semi-finals and a final, so that the winner in the final of each track qualified for the finals to complete the seats on the European continent.

The draw for the European supplement resulted in the teams of Scotland and Ukraine falling together in the semi-finals of the first track, and this match was postponed at the request of Ukraine in light of the circumstances of the current Russian-Ukrainian war. Thursday over Austria 2-1.

In the second track, the Polish national team was supposed to meet its Russian counterpart, but the International Federation of the Game (FIFA) finally excluded the Russian bear from the qualifiers because of the Russian war on Ukraine.

The Polish team qualified directly to the final of this track to meet next Tuesday with Sweden, which beat the Czechs 1-0 yesterday.

In the third track, the Portugal team, which defeated Turkey 3-1, faces the North Macedonia team, which triggered a major surprise, with its 1-0 victory over Italy on Thursday.

It is expected that 5 African teams will join the qualifiers for the World Cup in Qatar at the end of the decisive role. Today, Friday, the first leg matches between the Republic of Congo and Morocco, Mali and Tunisia, Cameroon, Algeria, Ghana, Nigeria, Egypt and Senegal will be played, and the return matches will be held next Tuesday.

In the Confederation of North, Central America and the Caribbean (CONCACAF) qualifiers, Canada leads the final round of qualifiers with 25 points, 3 points ahead of Mexico and the United States.

The winners of the first 3 places qualify for the finals directly, while the fourth-ranked player in the world play-off against a team from Oceania.