The Volkswagen and Seat battery factory will be in Sagunto

"The battery factory that we will have in Spain will be in Sagunto (Valencia)". "More than 100 criteria have been taken into account and you will have about 3,000 employees in the... 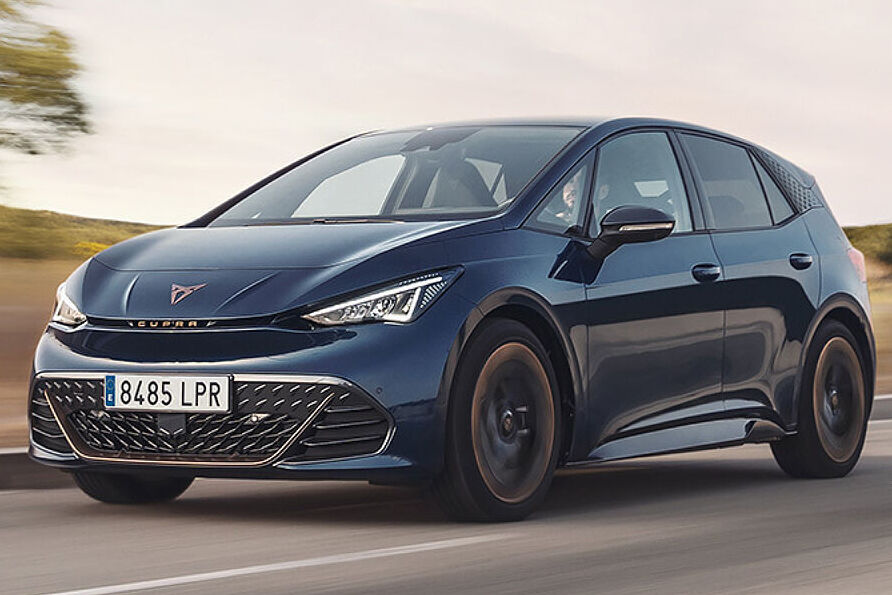 some 3,000 employees in the future and will have a capacity of 40 GWh per year"

, according to Thomas Schmall, Chairman of the Board of Directors of Seat.

Although one of these criteria was that the Valencian Community has a very important port "for connections", in addition to "which makes it easier for us to start building the plant at the end of this year and have the plant operational in 2026".

Wayne Griffiths, CEO of Seat, explained that "the investment of more than 7,000 million euros is one of the most important in the Spanish automotive industry".

The investment in the Spanish battery plant will be around 2,500 million euros and it will be one of the six gigafactories

that the Volkswagen Group will have in Europe.

Sagunto will supply the half million units of electric vehicles it plans to manufacture at Seat Martorell from 2025. These models will be from three brands,

, and will be urban vehicles.

For its part, Volkswagen Navarra will produce two pure electric models within the SUV segment.

As for the financial results of 2021, Seat lost 256 million euros according to Spanish accounting, due to the 233 million losses recorded in Germany by the parent company, the Volkswagen group.

According to the Spanish accounts of Seat SA, the net losses rise compared to 2020, going from 194.2 million euros to 256.2 million.

grew to 9,256 million from the 8,784 million obtained in 2020, with the gross operating result being 370 million, which represents a reduction in operating losses given that in 2020 they rose to 417 million.

According to Seat, one of the problems in increasing losses is that in 2020, Seat SA received 98 million from VW Navarra in profits, for no euro of benefit in 2021. Hence, the accounts of the Spanish subsidiary of the Volkswagen Group have increased their losses. .

However, despite this negative result, there is

compared to the previous year.

The average per unit sold amounted to 16,850 euros.

, "without being able to produce all the cars we would have wanted due to the semiconductor crisis".

The ebitda amounted to 278 million, which represents an increase of 77%

compared to the previous year.

Wayne Griffiths said that "in the last three years we have had a perfect storm thanks to Covid, semiconductors and Russia's invasion of Ukraine."

Production in Zwickau has been interrupted where we manufacture the Cupra Born and the Seat Tarraco that we manufacture in Wolfsburg is also affected,"

said the CEO of Seat and Cupra, who said that in the company "we are doing everything possible to raise the numbers of Cupra".

In Spanish, Griffiths addressed the employees:

"We have to look for more flexibility measures. Our future is based on the search for opportunities together

. Transformation is the only way."

The transformation towards electrification creates

a workforce surplus of between 2,500 and 2,800 million at Seat Martorell and Seat Components in Barcelona.

And he insisted that the two keys to the company in the present and future are "the electrification of the company and the growth of Cupra".

"There is no plan B and we have to go out and win."

"With the Future Fast Forward (F3) project we have a unique opportunity to transform the company and the Spanish automotive industry."

And he insisted again that

, thanking "the support of the Government and the different Autonomous Communities".

Motor"The electric car creates a surplus of between 2,500 and 2,800 workers in Seat"