The South American qualifiers train for the FIFA World Cup 2022 will reach its penultimate station with 4 important and decisive matches tomorrow, Thursday, while the fifth match in this round of qualifiers will be held on Friday. 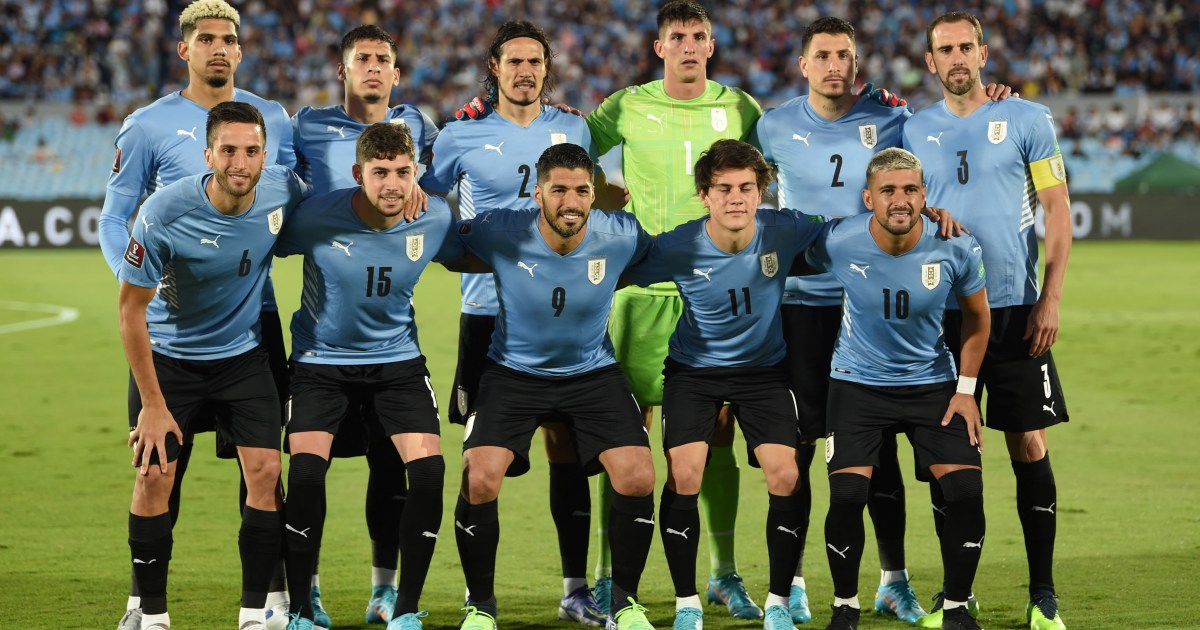 The South American qualifiers train for the FIFA World Cup 2022 will reach its penultimate station with 4 important and decisive matches tomorrow, Thursday, while the fifth match in this round of qualifiers will be held on Friday.

After 16 rounds of qualifiers, and just one week before the finals draw, only two South American teams qualified for the Qatar World Cup, the two poles of the game in this continent: Brazil (39 points) and Argentina (35 points).

Paraguay (13 points) and Venezuela (10 points) were also eliminated from the qualifiers, both empty-handed, at a time when the conflict is still going on between 6 teams in these qualifiers for two and a half seats remaining for the continent in the Qatar World Cup.

5 of these teams have the opportunity to compete for the two direct qualification tickets from these qualifiers to the 2022 World Cup, as well as a visa to qualify for the international qualifiers: Ecuador (25 points), Uruguay (22 points), Peru (21 points), Chile (19 points) and Colombia ( 17 points).

On the other hand, the Bolivian team has a very slim chance (15 points) to compete for qualification, knowing that the team's hope is limited to qualifying for the international qualifiers.

The remaining two rounds of qualifiers in this continent are decided by the direct qualification tickets as well as the qualification for the global supplement.

Tomorrow, Thursday, the penultimate round will witness matches:

The match between Uruguay and Peru attracts great interest among all the matches of the penultimate round of the qualifiers, as the struggle between the two teams ignites for the fourth place, which is currently occupied by the "Celeste" team, only one point ahead of Peru.

On the other hand, the Peruvian team did not lose in the last 4 rounds of the qualifiers, as it won 3 matches and drew in one match, and the last two matches between the two teams ended in a 1-1 draw, between them the first match of the two teams in the current qualifiers on the third of last September.

It is expected that the Uruguayan national team will recover in this match its goalkeeper, Fernando Muslera, who has recovered from injury after an absence of 3 months.

It is also expected that Luis Suarez and Edinson Cavani will continue to lead the team's attack, while Benfica striker Darwin Nunez will sit as a reserve for them.

The team, which won the World Cup in 1930 and 1950, needs to win this match in order to ensure qualification for the World Cup finals in Qatar.

Ecuador is also looking forward to finalizing its qualification through this round, which will witness its visit to Paraguay.

A draw is enough for Ecuador if Peru does not beat Uruguay, while a victory over Paraguay will be necessary if Peru wins on Thursday, knowing that the four matches tomorrow will be held at the same time.

Despite the big difference between the balance of the two teams and their ranking in the qualifying table, the Ecuadorean team may find a difficult confrontation with the Paraguay team, which is playing for fame, in light of its actual exit from the circle of the struggle for one of the qualification cards.

Chile is a guest of Brazil, who has actually qualified for the finals, while Chile needs to win tomorrow's match to maintain its hopes in the qualifiers, but it will also need help from other competing teams.

At the same time, the Colombian team will only have to win its two matches against Bolivia on Thursday and Venezuela next Tuesday if it wants to preserve its chance of qualifying, knowing that the hopes of the team and its famous star James Rodriguez will not be based only on the two victories but on the results of the rest of the competing teams.

The Colombian team did not achieve any victory in the last 7 matches it played in the qualifiers, which is what the team seeks to change tomorrow.