The first national football team will play a difficult and fateful confrontation against Iraq, at nine o’clock this evening, at King Fahd International Stadium in the Saudi capital, Riyadh, within the penultimate ninth round for the first group in the decisive round of the Asian qualifiers for the World Cup. 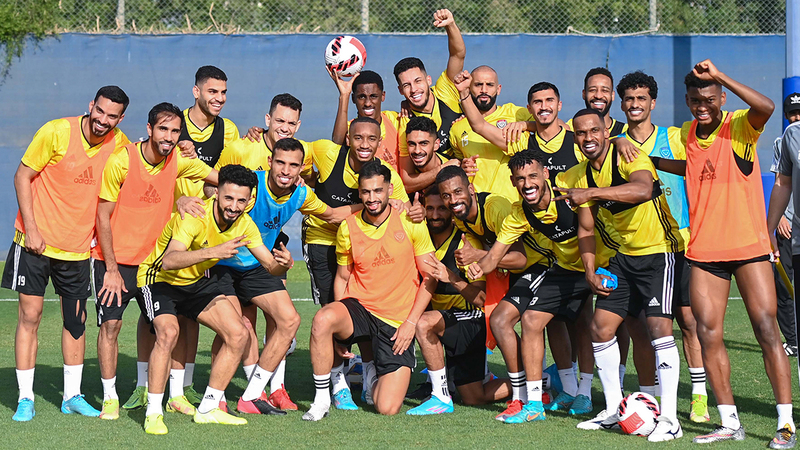 The first test for Aruwaparina.. Mabkhout strengthens the attack

National team players during the last training before traveling to Riyadh.

The first national football team will play a difficult and fateful confrontation against Iraq, at nine in the evening, at King Fahd International Stadium in the Saudi capital, Riyadh, within the penultimate ninth round for the first group in the decisive round of the Asian qualifiers for the 2022 World Cup, knowing that the first-leg match between The two teams had ended in a 2-2 draw, as the team (has nine points) needs to win this match to ensure that it gets third place, and qualifies to face the third-placed in Group B, within the qualifying play-off for the World Cup, regardless of the result of its match in the last round against South Korea, where Al-Abyad beats fourth-placed Lebanon with six points, with a difference in head-to-head confrontations, as it had defeated it in the second leg.

The match was scheduled to take place in Baghdad, but it was moved to Riyadh for security reasons, according to what was announced by the Asian and International Football Associations.

This match is the first test for the new coach of the new national team, Argentine Rodolfo Arruabarina, who was contracted by the Football Association to take over the coaching of the national team, succeeding the former Dutch coach Marvik, who was sacked.

In this match, the team lacks influential papers, represented in the absence of the duo, Tahnoun Al Zaabi and Abdullah Ramadan, due to suspension, in addition to the exclusion of defender Shaheen Abdel Rahman for technical and administrative reasons.

During the past few days, the technical staff of the national team had taken care of the tactical and technical aspects, along with the physical aspects, as Argentine coach Rodolfo Arruabarina focused on implementing a number of tasks and tactical sentences in various centers, while striving to create a state of harmony and understanding among all players in each lines.

The technical staff relies a lot on the winning cards, represented by the return of striker Ali Mabkhout, along with Caio Canedo and Ali Saleh, and his quest to reduce the danger of the keys to playing in the Iraqi team.

Historically, Al-Abyad met with Iraq in 22 official matches, and the team won seven matches, and drew in the same, the last of which was in the last first leg of these qualifiers, and Iraq won eight matches.

On the other hand, the Iraqi team occupies fifth place with five points, and tied 1-1 against Lebanon in its last matches, and also has a glimmer of hope in the competition for third place, in the event that Al-Abyad stumbles.

The Iraqi team did not win any match in the qualifiers, after drawing in five matches and losing in three, and the Lions of Rafidain team misses a number of its distinguished players such as Saad Natiq, Fahd Talib, the main goalkeeper, and Amir Al-Ammari.

The match will be held at King Fahd Stadium in Riyadh.

Ranking of the first group