Filip Forsberg offered a great show and showed that Nashville did exactly the right thing that did not bother him. The 27-year-old struck with two goals and three assists when Nashville beat Anaheim 6-3 away. - Yes, for the day it looks like they made the right decision. But I must continue to show it as well, he says Filip Forsberg to Aftonbladet. 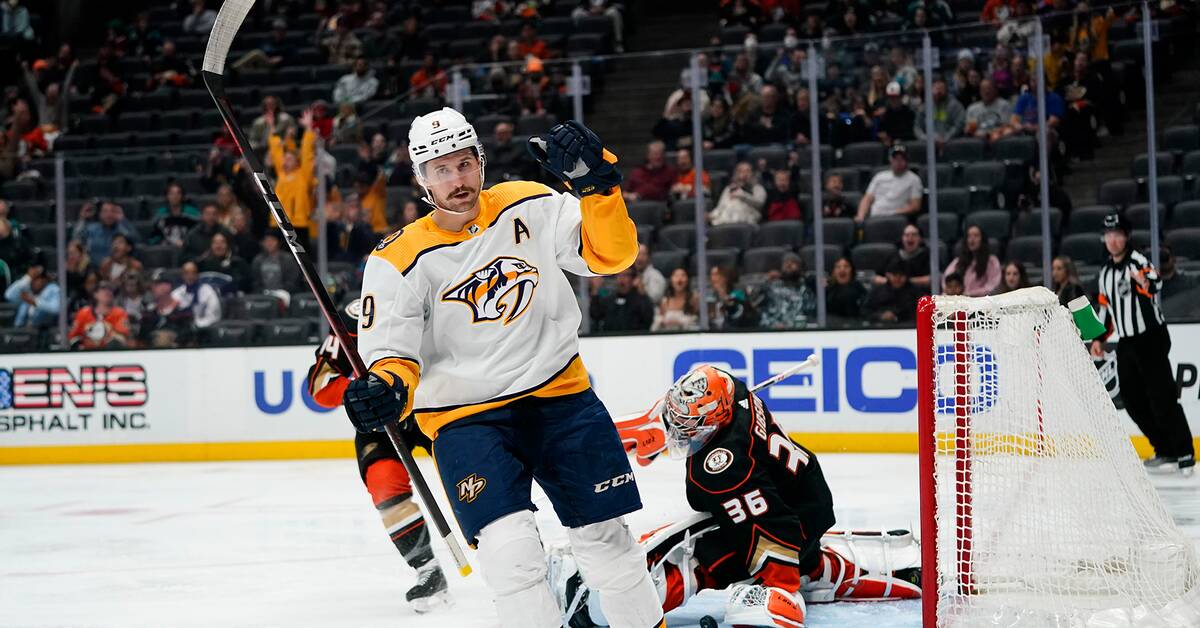 Filip Forsberg really showed that he enjoyed playing in powerplay when the Anaheim Ducks hosted the Nashville Predators at the Honda Center.

The 27-year-old Swede offered three assists in numerical superiority when he played Matt Duchene twice and Ryan Johansen to one goal.

In addition, he scored two goals himself and set the final score at 6-3 with a puck in an empty net.

After the match, Forsberg was satisfied, both with his efforts and over the trust from the club, which, as expected, did not put him on the third list.

- Tonight it went well, you have to say, and for the day it looks like they made the right decision, hehe.

But I must continue to show it as well, says Forsberg to Aftonbladet.

Forsberg, who last week became Nashville's best goal scorer of all time, has now scored 35 goals this season and thus written a new piece of club history in the Predators.

- Forsberg totally dominated the match, he was in a class of his own, says Hayward.

With his 212nd and 213th goal in total in the Nashville jersey, Forsberg thus passes Viktor Arvidsson's record listing of 34 goals from the 2018-2019 season.

So far this season, Forsberg in 50 games played has accounted for a total of 63 points, divided into 35 goals and 28 assists.