Zhou Guanyu, the first person in F1 China! Get points for the first show!

With the roar of the engine, Zhou Guanyu drove the red racing car of the Alfa Romeo team to the finish line. In the Bahrain Grand Prix, the opener of F1's new season, he ended up in 10th place, earning a point. Ferrari driver Leclerc won the championship. Image source: F1 official blog.   When he crossed the line, it was close to 1 a.m. Beijing time on the 21st, but in China, thousands of mile 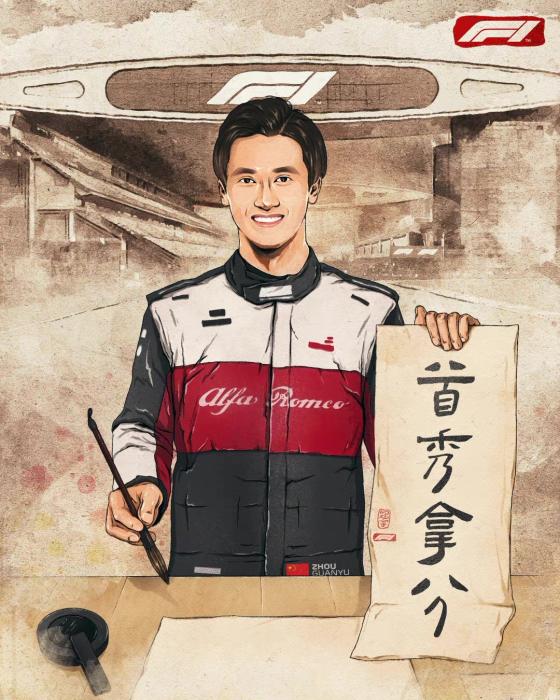 With the roar of the engine, Zhou Guanyu drove the red racing car of the Alfa Romeo team to the finish line.

In the Bahrain Grand Prix, the opener of F1's new season, he ended up in 10th place, earning a point.

When he crossed the line, it was close to 1 a.m. Beijing time on the 21st, but in China, thousands of miles away, many viewers still stayed up late to witness this moment.

Because, this is the first time a Chinese driver has participated in an F1 race.

At the beginning of the race, Zhou Guanyu's ranking once fell to the bottom, but he continued to surpass the previous car in the first few laps and gradually improved his ranking.

In the second half of the game, Zhou Guanyu was basically in the 12th or 13th place.

On the 46th lap of the race, a car caught fire and the safety car was dispatched.

The previously opened gap between the cars instantly narrowed, and after the safety car pitted, the competition in the final laps became extremely fierce.

Zhou Guanyu overtook his old F2 rival Mick Schumacher in the final stage, and the two drivers of the Red Bull Racing team retired in a row, making the situation change again.

In the end, Zhou Guanyu crossed the finish line 10th and successfully completed his F1 debut.

Zhou Guanyu's helmet is printed with blue and white porcelain patterns, with a clear Chinese style, and a bright five-star red flag is printed on the back of the helmet.

The dream of countless Chinese racing drivers was realized by Zhou Guanyu at this moment.

"This will be a weekend I will never forget, and it will also be of great significance to my motherland." Zhou Guanyu once said before the opener.

Indeed, after the race, Chinese netizens spoke highly of his F1 debut.

On Zhou Guanyu's helmet, the skyline of the Shanghai Bund is also printed.

Zhou Guanyu is from Shanghai, and Shanghai is also the venue for the Chinese Grand Prix. Since F1 races landed in China in 2004, the Shanghai Grand Prix has attracted countless attention every year.

And China can have its own F1 racing driver, which is also the expectation of many fans.

Before officially logging into F1, Zhou Guanyu had already made a lot of history in his racing career.

In the second round sprint of the F2 Russia Station in September 2020, Zhou Guanyu won his first career F2 championship.

He also became the first Chinese driver in F2 history to win the championship.

In the 2021 F2 Championship, Zhou Guanyu won 4 championships, 9 podiums, and finally won the third place for the driver of the year.

In November last year, Zhou Guanyu officially joined the F1 Alfa Romeo team. Since then, countless fans have been eagerly waiting for his F1 debut.

"No matter where you come from, it is something to be proud of to represent the Chinese in international competitions and to show China's highest level in every field and every sport." Zhou Guanyu once said.

In his personal F1 debut, Zhou Guanyu finally ranked 10th. Although he made mistakes in the starting stage, which caused his ranking to drop, in the subsequent overtaking process, Zhou Guanyu's driving was very stable, and he basically did not make mistakes that are prone to novice.

Judging from the driving performance in the opening game and the performance of the Alfa Romeo car this season, Zhou Guanyu, who won points in his F1 debut, has every opportunity to hit better results in the following races.

Every progress of Zhou Guanyu is rewriting the history of Chinese motorsports.

He will prove in the world's top paddock that the Chinese can also gain a foothold in F1!