Algeria coach Jamal Belmadi defended his options in the squad that will face Cameroon twice this month in a qualifying playoff for the 2022 World Cup in Qatar, and stressed that the changes he made are aimed at qualifying. 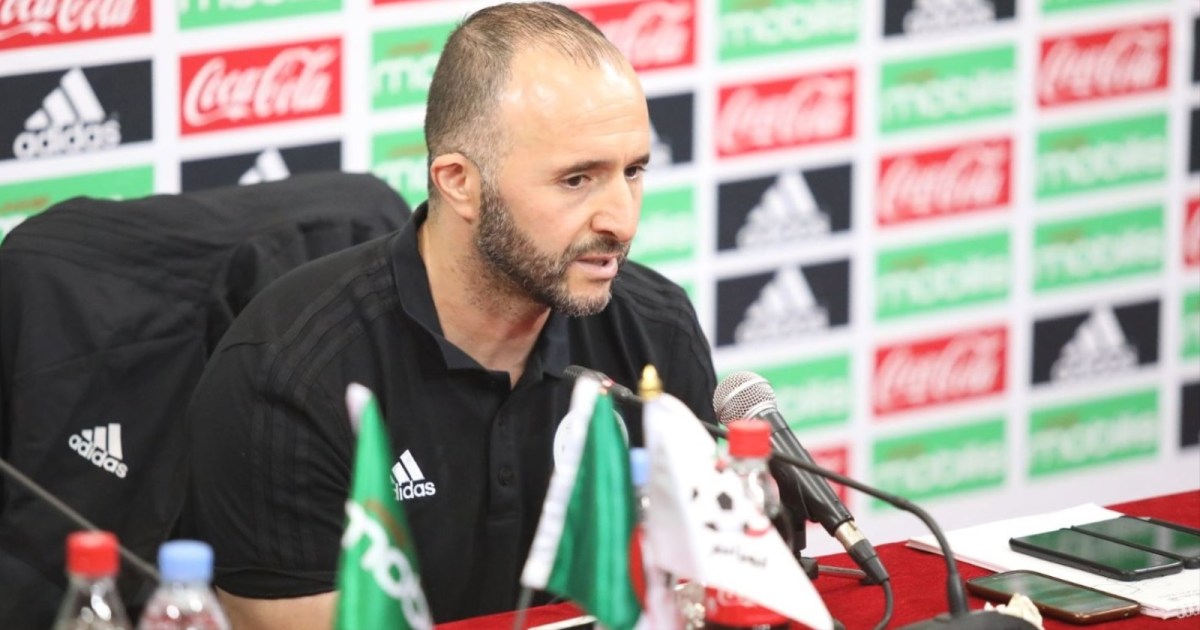 Algeria coach Djamel Belmadi defended his options in the squad that will face Cameroon twice this month in a qualifying playoff for the Qatar 2022 World Cup, and stressed that the changes he made are aimed at qualifying for the Qatar finals.

Yesterday, Saturday, the coach announced a squad that witnessed many surprises, most notably the absence of striker Baghdad Bounedjah and wingers Saeed Ben Rahma and Adam and Nas.

Bounedjah, the top scorer of Al-Sadd, the Qatari league champion, was a key choice in the "Greens" team for a long time, but his level declined recently.

Belmadi re-included the quartet, Ishak Belfodil, Adlan Guidoura, Rachid Ghazal and Hicham Boudaoui, after they were absent from the African Nations Cup in Cameroon.

Today, he told reporters in an angry tone, "Every time you talk about the list, let's play the match and then talk. Each camp repeats the same words, we preserved the integrity of the team. There are changes in all the teams, but in the Algerian team there is always a problem."

#Blamadi, do you have a problem with this list??

And he continued, "Mahrez is present and Blaili is present, we must not change every time, perhaps we do not like stability, this matter has become very tiring. Ishaq Belfodil is able to offer a lot against Cameroon, whether back or forth. He was able to participate in the 2019 African Nations Cup in Egypt without injury. And I had an assistant who worked at Lyon, who praised him very much."

Belmadi continued his defense of his technical options, saying, "There are players who have not been in the national team for a while and have returned again to the team. The options are for the national team's interest, and the future is still ahead of them."

The coach attacked the journalists in defense of his decision to expel Adam Zaqran, saying that this is a choice up to the coach, "Have you played football or have certificates in training in order to judge not to call Zarkan or another player, you have to be logical."

#Belmadi: We will fight to extract the Qatar visa pic.twitter.com/V2pBVSJR21

Regarding Kaddoura's return after a long absence, Belmadi confirmed, "He is able to provide certain things, his presence in order to implement some specific details and instructions, but this does not mean that he will participate against Cameroon."

Algeria will be a guest of Cameroon on March 25, then host the second meeting 4 days later.

The winner qualifies for the World Cup finals in Qatar.

Belmadi's team will go to camp in Equatorial Guinea before traveling to Douala to face Cameroon.