The 'hereu' is a key figure in the Catalan tradition. Each family of good needs theirs to protect their heritage and good name. Xavi fulfills that role in... 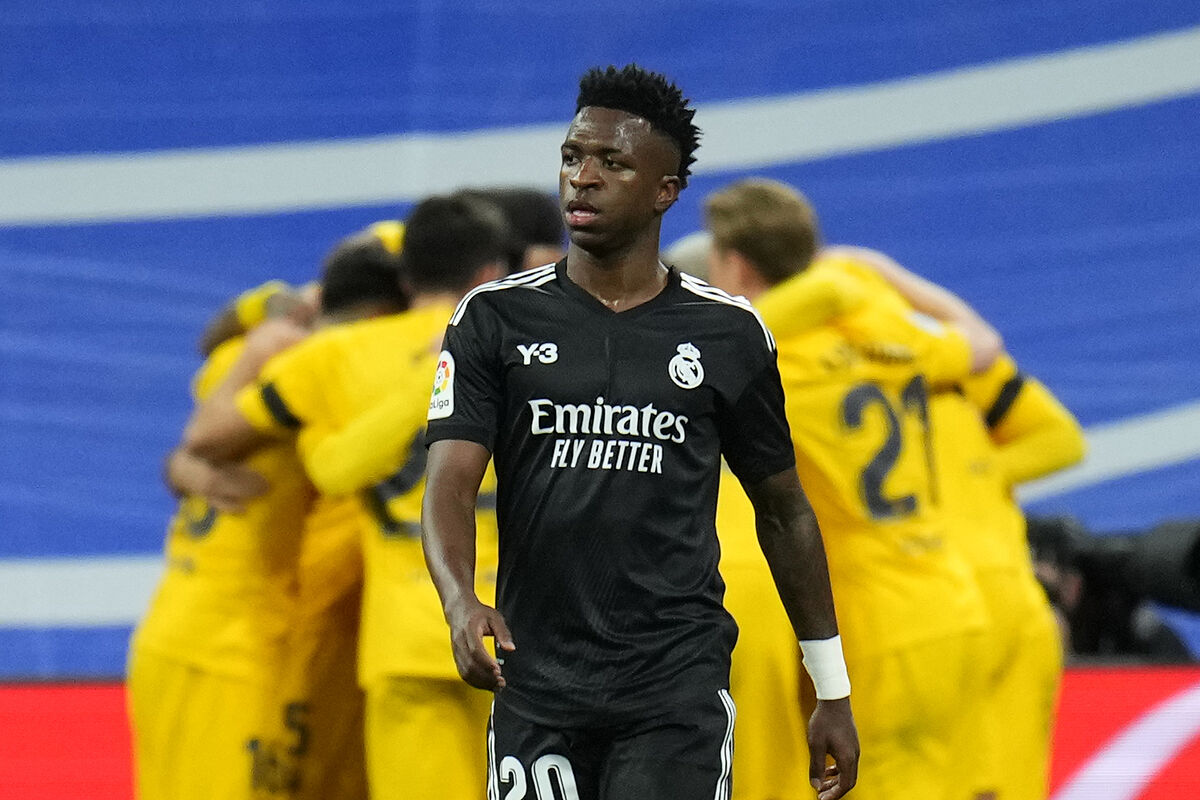 The 'hereu' is a key figure in the Catalan tradition.

Each family of good needs theirs to protect their heritage and good name.

Xavi plays that role in the Barça family, like Guardiola before, custodians of a game and a time that is like all past times: it was always better until the present says otherwise.

The classic proclaimed it with a historic result.

And it is that the 'hereu', the heir, Barça chooses the work, not the genetics.

A work that mixes the game with victories in which the Bernabéu cannot be absent, because Madrid is to Barça like its own blood.

Xavi already has his notch, and the least important thing is the circumstances, the distance to which Madrid is in the League, because the forms were colossal, with a dominance and a score that reminded of distant deeds in time: 0- Cruyff's 5 in 1974, Guardiola's 2-6 in 2009. That the insulting Barça victory against the most chaotic Madrid, disfigured by their coach, opens the League seems utopian, but what is undeniable is that it opens the era in a big way Xavi on the bench and closes Messi's.

It is like a sanctification for Barcelona, ​​proof that he is prepared for everything.

Barcelona need money, of course, but for now they have recovered something more important: emotions.

When they appear, everything is possible.

If not, the millions are useless.

Ask Messi, in a PSG that is like Ali Baba's cave without guards.

In a period of stability, waiting to recover Benzema to face Chelsea, to win the League, for Mbappé to arrive and the stadium to be inaugurated, Madrid can believe that it loses little after this nightmare.

But he loses very valuable intangibles, such as allowing his most feared rival to raise his self-esteem, with the permission of Atlético.

The madridistas know a lot about self-esteem and Ancelotti knows a lot, who smeared his team in search of the solution to the loss of benzema.

He has never hit the key when the Frenchman has been out.

He shot himself in the foot.

When he wanted to fix it, after the break, by moving to a line of three behind, he pulled the trigger again.

There was another foot.

Modric was the one who prowled the place of the false nine, with Valverde as a midfielder plus Vinicius and Rodrygo.

Only Vini really seemed to know where he belonged.

Xavi had put Araujo as a stopper, but from then on he was daring, with the choice of Frenkie de Jong instead of Gavi, and the pure imbalance at the top: Dembélé, Ferran Torres and Aubameyang.

If he manages to combine that attack that is unleashed with the control of the game, he will have found the square of the circle.

At the Bernabéu, he did it after minutes in which Madrid's disorder messed up and even surprised his rival.

Valverde, a free verse, found room to progress, team up with Vinicius and test Ter Stegen.

He stuck out a hand, nothing more.

Those of Courtois, on the other hand, would burn.

The ball suits Barça, no matter who plays, just as speed suits Madrid.

One found the first;

another, barely had room for the second.

When he discovered her, Vinicius threw himself into the area, desperate for his loneliness.

Xavi's team can filter vertically, as Pedri did for Ferran Torres, shoot long or look for their wingers.

Few like Dembélé, of the same species as Vinicius.

For Nacho, Mendy's substitute, it was too much.

When room was made for a clean cross, Aubameyang moved ahead of Militao.

The mast of Madrid broke.

The Barça goal could have come much earlier, but Courtois and Casemiro prevented it.

It is impossible to stop the flow of a waterfall.

That was his attack.

Sooner or later, you drown.

Madrid was not in a position to rebalance the score because the game was tremendously disparate and their positioning on the pitch was a calamity.

Araujo's goal, a few minutes later, demonstrates his collapse, since it occurred from a set piece, not the product of transitions in which Modric or Kroos chased figures in the mirrors, like an escape room.

Barça has also improved in that facet, a sign that they are working.

The break was the best thing that could happen to Madrid.

Ancelotti made a risky decision, which was to withdraw Carvajal and add one more striker, Mariano.

In this way, he matched chips against three terrible attackers.

In three minutes, Ferran Torres had two heads up with Courtois.

The second, it was a goal.

The breaking unchecks repeated the situation and Aubameyang, through VAR, achieved a fourth goal with half a game to go.

The catastrophe loomed as Xavi cried out for more.

The trend could have led to the biggest desecration ever carried out by the Catalans in Chamartín.

Casemiro tried to fill the space of the center back and Alaba moved to the side to avoid more water leaks.

It had been enough.

Asensio's entrance sought to make him up with a bit of pride, proof of life for a public still drunk from the feat against PSG and willing to forgive more than to whistle.

Neither Piqué nor Eric García, in addition to Ter Stegen, allowed it.

The most hated defender and the most criticized were impenetrable on Xavi's first day at the Bernabéu.

There will be more.

There is no longer any doubt.