Charles Leclerc led the Ferrari team double victory in the opening round of the Formula 1 World Championship, after Leclerc's deserved victory in the Bahrain Grand Prix at the Sakhir circuit, beating his Spanish teammate Carols Sanez, 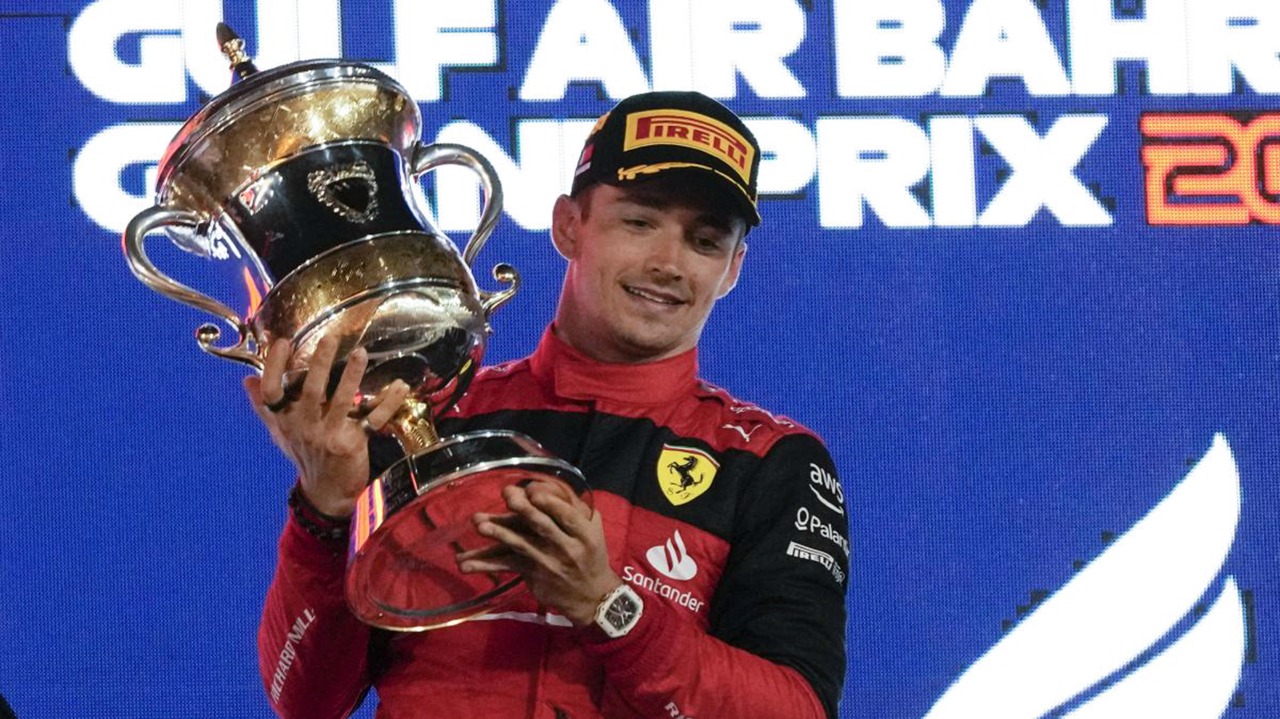 The race disappointed fans of Dutch world champion Max Verstappen and the Red Bull team, after Verstappen and his Mexican colleague Sergio Perez were forced to withdraw in the last laps of the race due to mechanical failures in the engine.

Leclerc managed to cross the finish line of the Bahrain Grand Prix, which extended for 57 laps, in a time of one hour, 37 minutes and 33 seconds, 6.4 seconds ahead of his teammate, Carols Sainz, before the Briton Hamilton received a free gift with the withdrawal of the "Red Bull" cars of Verstappen and Piers. .

Leclerc and his Ferrari team got the best possible start in the new era of the Formula 1 World Championship, after he and his colleague Sainz gave the ancient Italian team the first double, first and second places since the 2019 season.

Leclerc's victory in the Bahrain race also came to complete the "hat-trick", after he scored first place yesterday in the qualifying tests, before continuing his brilliance today during the race and recording the fastest lap in the circumnavigation around the "Sakhir" circuit and completed it by obtaining the highest percentage of the public's vote and a better title. driver in the race.

The championship is heading to Jeddah, Saudi Arabia, which will host the second round of the Formula 1 racing championship this season, which extends over 23 rounds, and the curtain will be closed next December with the Etihad Airways Grand Prix at Yas Marina Circuit in Abu Dhabi.