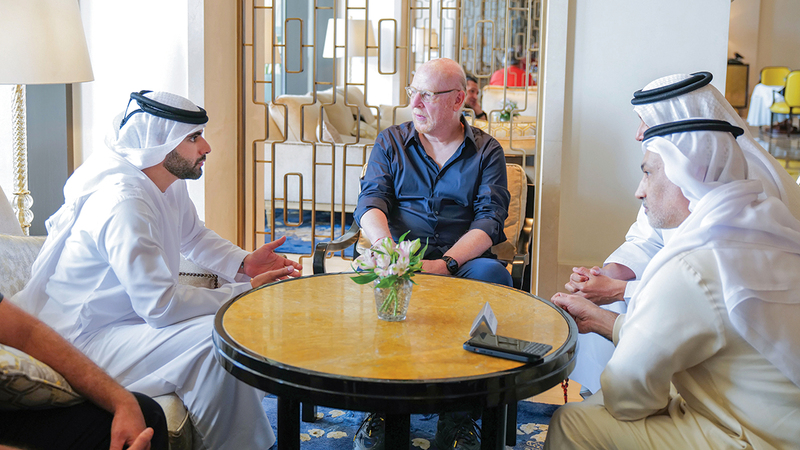 The meeting dealt with the launch of the UAE Cricket League

Mansour bin Mohammed during his meeting with the co-CEO of Manchester United Football Club.

During the meeting, emphasis was placed on Dubai's distinguished position in the world of sports, especially cricket, as it is the headquarters of the International Cricket Council, and the city's enjoyment of a global infrastructure suitable for various sports, and the ability of the Emirate of Dubai to host and organize the largest international tournaments and the most powerful international competitions, the last of which was the successful organization Six teams will participate in the Emirates League, including the recently formed Manchester United cricket club, and the next tournament will be its first foreign participation, and five other teams will participate in this tournament, which is held under the auspices of the UAE Cricket Federation. from India.

The first edition of the UAE Cricket League will be held in Dubai Sports City, while the capital, Abu Dhabi and the Emirate of Sharjah will witness part of the tournament.

The meeting was attended by Hilal Saeed Al Marri, Director General of the Department of Economy and Tourism in Dubai, and Khalid Al Zarooni, President of Dubai Sports City.