Bizarre scenes - tied himself to the goal cage

The match between Everton and Newcastle in the Premier League was paused. The reason? A spectator tied himself with cable ties in one post, around his own neck. 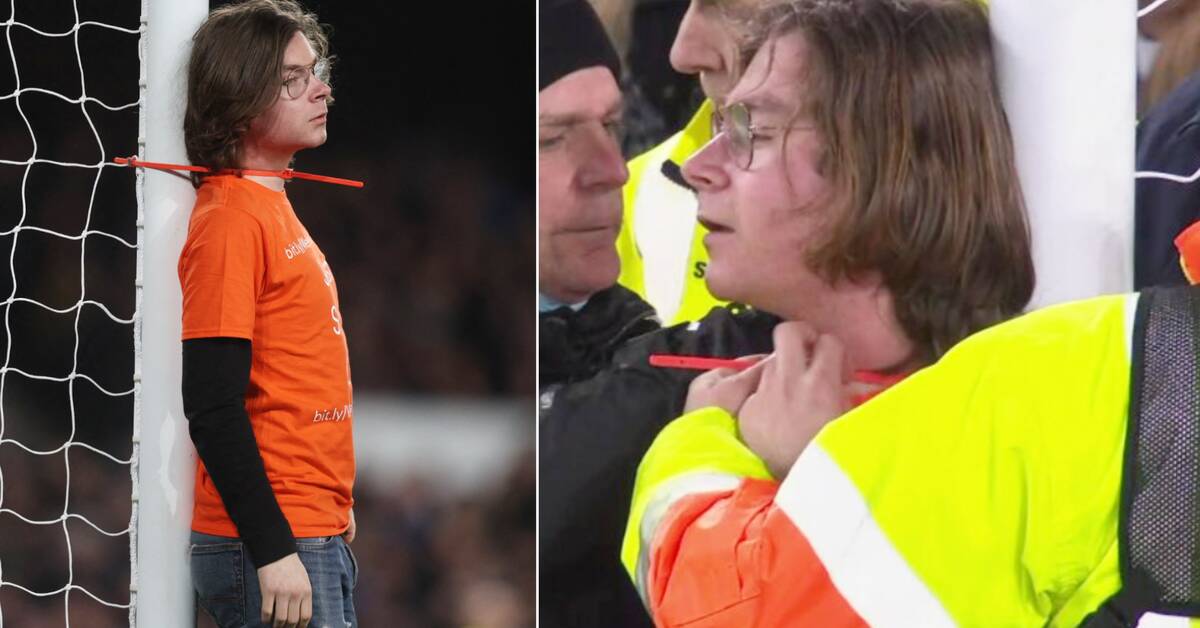 It was in the 49th minute that the match between Everton and Newcastle at Goodison Park was stopped.

A group of security guards arrived at one of the posts where Everton's goalkeeper Asmir Begovic stood, just seconds earlier.

A spectator had tied himself with cable ties, around his own neck, in one post.

The whole thing seemed to be a political protest with a message on the tied man's shirt.

Despite the security at the arena, spectators managed to get on the field and tie themselves to the goal cage.

It took a few minutes before the officials managed to free the man.

He was cut loose with bolt cutters.

Then the man was carried out of the stadium by security guards.

Before the man was cut loose, a minor riot broke out where another spectator jumped on the field and made an attack on the bound man.