The eight days that will mark Barcelona

As much as Barcelona have gotten used to their joys being ephemeral, last Thursday's disappointment against Galatasaray at the Camp Nou (0-0) caught the team with... 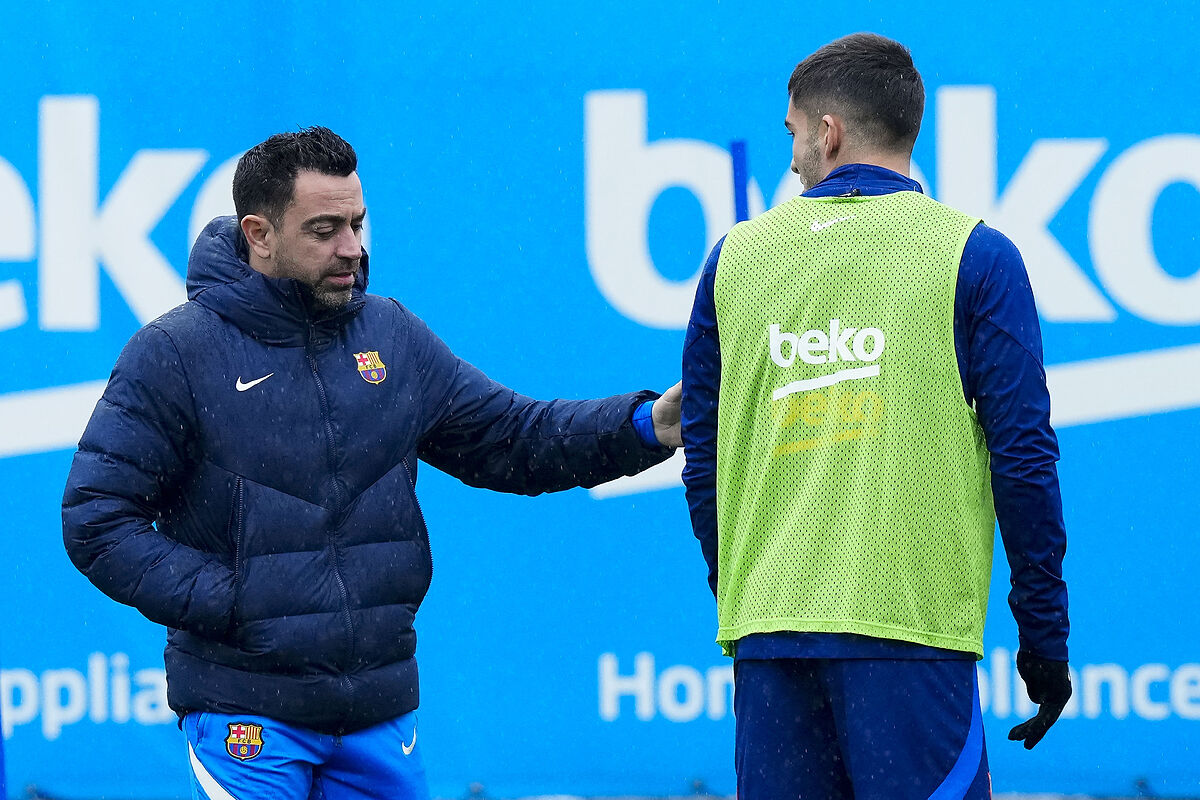 As much as Barcelona has gotten used to its joys being ephemeral, last Thursday's disappointment against

Suddenly, the Barça club opened its eyes again and noticed that, no matter how considerable the improvement was, the emergencies did not go away.

They continue to stalk him.

(his rival today at home), Galatasaray (on Thursday in Istanbul) and

(only three days later at the Santiago Bernabéu ).

Beyond utopian challenges such as the League title -Real Madrid, with one more game, leads the Catalans by 15 points-, Barça needs to secure its place in the Champions League, a capital objective of the season for the club's management.

That is to say, for

, president who is proud to be the one who manages and commands.

The most accessible way to regain access to the European bourgeoisie should be to occupy any of the first four positions in the League.

, now third in the table after beating Cádiz, and the relative closeness of Pellegrini's

(fifth and two points behind Barça, although with one game in hand) force extreme caution.

Hence, members of the board twist the gesture before a hypothetical disaster in the round of 16 of the Europa League, even more so after Barcelona, ​​​​in the previous round, took

, one of the main favorites, ahead.

The winner of the tournament is assured of a place in the next Champions League.

And in the entity they do not want to lose that alternative path so soon.

from linking four wins for the first time this season when Domènec Torrent's Galatasaray, who were 32 points behind the leader in the Turkish Super League, left the azulgrana without scoring a goal after 16 games.

A result that Xavi himself, beyond the creative difficulties in the face of a tight defense or the remarkable performance of goalkeeper

, attributes to a sudden decompression.

Or, put another way, overconfidence.

«It is true that Galatasaray was at a defensive level that we did not see when we analyzed the game.

What cannot be is that they beat us in intensity.

When you are not one hundred percent and you lower the intensity a little, they go over you, ”Xavi warned in his public appearance this Saturday, visibly upset.

Barcelona have won 25 of the last 33 possible points in La Liga.

In addition, he has not lost since December 4, when he was defeated at the Camp Nou by Betis (0-1).

But Xavi was able to reaffirm last Thursday the price to pay for the substitution of some of his capital pieces, such as veterans

Both should be starters in the team's next three games.

, Xavi will have to decide if he risks taking on Ronald Araujo.

The Uruguayan central defender, whose technical deficiencies at the start were exploited by both Elche and Galatasaray, will miss the classic if he sees a card.

Who should take his place in the eleven is

, who did not play in the Europa League due to suspension.

The Sevillian, who suffers as a false left-winger, could recover one of the two precious interior positions.

LaLigaEl Barcelona rescues a draw in an agonizing derby against Espanyol