Heavy words after the final loss: "Close to tears"

It was a heavy final loss for team Pettersson-Dahl against China at the Paralympics. Afterwards, the Swedes were emotional. - I am close to tears, I must admit, says Ronny Persson to SVT Sport. 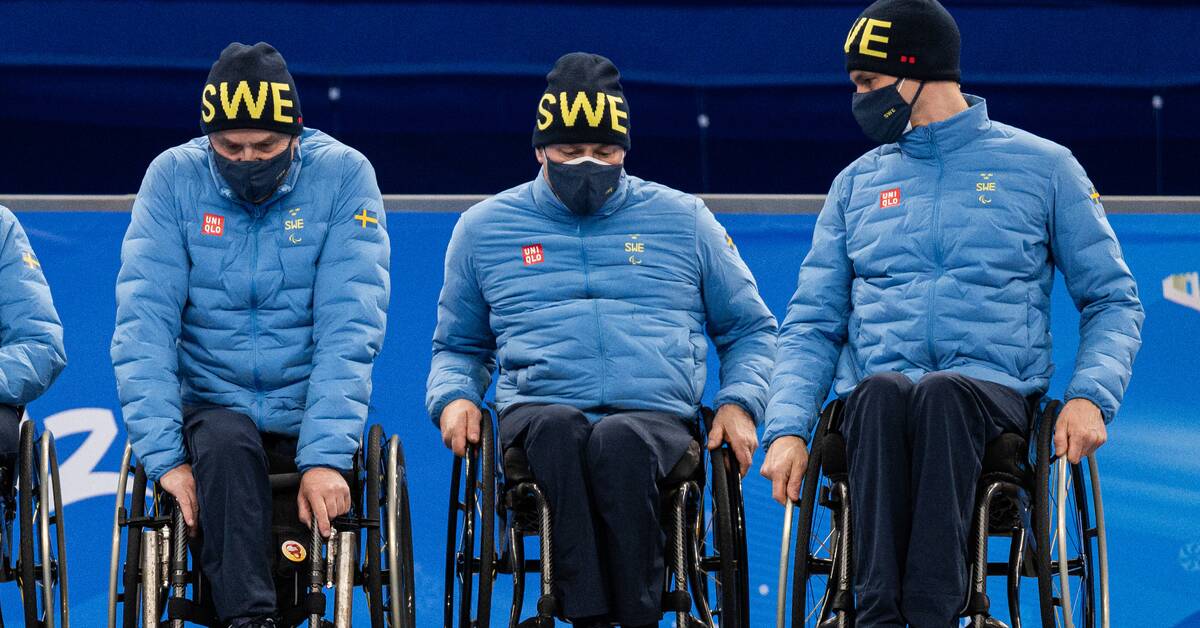 The curling final against China was a one-sided event.

China pulled away in round five and was finally able to win and crown themselves Paralympic champions after the numbers 8-3.

Team Pettersson-Dahl was disappointed afterwards - and during the ceremony, team member Ronny Persson had a tough time.

- I thought it was shitty.

I'm close to tears, I must admit.

I have to fight a little up there.

Right now it feels like we lost a match where we had the grip and it ran away for us.

I do not know how to explain it in any better way, he says to SVT Sport.

The feelings are, despite the disappointment, divided for Persson.

Partly I feel wow, to get this far.

It's awesome in its own way.

But it feels like we reach all the way to the door, but we are not allowed to open it and enter properly.

It feels so damn sour right now: damn we were there!

It's like pulling the plug out of a tub.

Everything feels crap, but it will probably get better later, I guess.

Uncertain about the future

Of course, I'm proud of the team's performance that we got there.

We would have liked to go home with the gold, we have dreamed of it for a long time.

It takes a while before it settles down, he says.

Pettersson-Dahl explains that he is unsure whether the investment in the sport will continue.

- It consumes with an investment of four years.

There is a lot that you have to sacrifice to get here.

If you have a family and a job, it is difficult.

We'll see what the future holds, I can not answer that now.

As usual, it's about money, that you should be able to afford and train more.