What is life if not suffering and survival? Why should football be any different? Barcelona was stunned against Galatasaray, whom no one had had in... 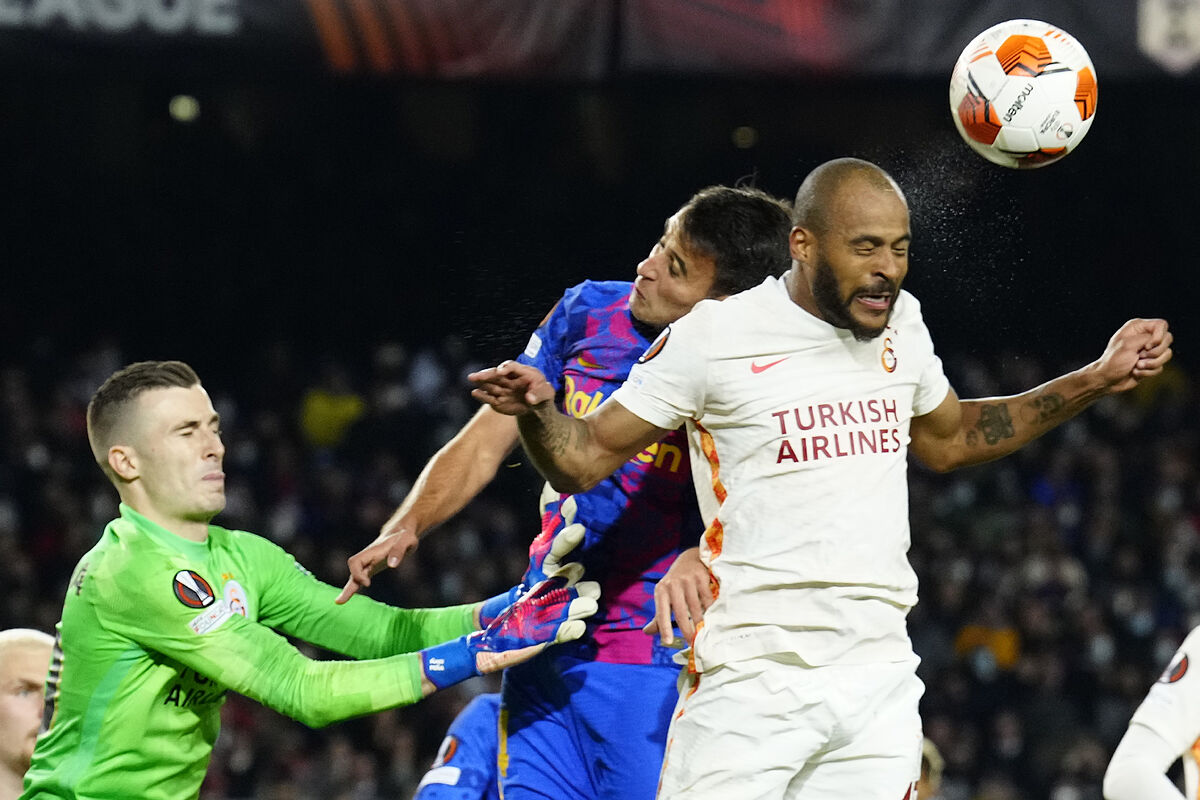 What is life if not suffering and survival? Why should football be any different?

Barcelona was stunned by

, whom no one had taken into account despite leading the group stage of the Europa League.

) and a goalkeeper that no one took into account in Barcelona (

), carried out an emotional survival exercise at the Camp Nou.

men will have no choice but to play for access to the quarterfinals in Istanbul, where stage fright makes sense.

, now a Galatasaray coach, is being pursued by a fame that can become very damning.

He lived closely the birth of

He climbed the steps thanks to his obsessive search for tactical answers to the dilemmas that the Santpedor coach found himself in, who ended up making him his main assistant at both

Dome , who is one of those brave coaches in choosing destinations -in 2020 he already tried to redefine

Brazilian - continues to try to prove that it deserves a story of its own.

Something that he will only achieve by understanding his own fears and awakening those of the rival.

Torrent rejected the temptation to feed his ego in such an appetizing setting.

He moved away from the ball, refused to press in the rival field, brought his midfielders close to the chins of his central defenders and arranged an aid system in the lane where first

Although nothing like the torment to which the Galatasaray coach subjected

Torrent blocked the exit of

and ordered his players to leave the Uruguayan alone.

And Araujo, with the whole field ahead of him and with the rival footballers moving away from him, could only walk towards a black hole.

No technical resources to fall back on.

Contributing to the constructive blackout, of course, was the absence of

from the start , and the low incidence of

in his return to ownership.

Although the disharmony also reached the offensive front, with

Memphis , little given to sticking to the lime, occupying the zone of influence of a blurred

for longer than it should

The best options for Barcelona in the first half, thus, could only be generated from individual outbursts.

Memphis had them, with a free kick and a shot from the top of the area to which Iñaki Peña responded with pleasure, a goalkeeper that Barcelona never noticed and who tries to vindicate himself in his Turkish loan.

Those situations were far from intimidating Galatasaray, who could still rely on

The flashing winger is called

, though his dying football should bring him closer to

A footballer of those who enjoy running off the cliff, and who was about to score the opening goal after breaking

Eric García prevented his shot from ending up staying in the squad.

Xavi had no choice but to correct himself as soon as possible.

He had to find air both in the interior corridors and on the left side, so he enlisted Piqué, Busquets and Dembélé to replace the players who had worked the worst: Araujo, Nico and Ferran Torres.

who would try to hunt down a shot in the area.

was the last to enter.

Not even with those.

Galatasaray fell back even further, hoping that between their central totemics and Iñaki Peña they would pierce Barça's patience.

The Camp Nou breathed when they saw how

' goal was annulled for offside.

And Barça wondered how the hell a Galatasaray that wanders 32 points behind the leader in its league could resist so much.

Europa LeagueAubameyang's adventure with Camacho in Gabon: "Mister, I don't drink anything here. I don't trust it"

Europa LeagueXavi, before the "war" in Naples: "This is about results, not sensations"