At the Beijing Paralympic Games, the wheelchair curling team made a sensation by beating Canada, which was the leader, and continued their hopes of advancing to the quarterfinals. Reporter Lee Seong-hoon from Beijing. 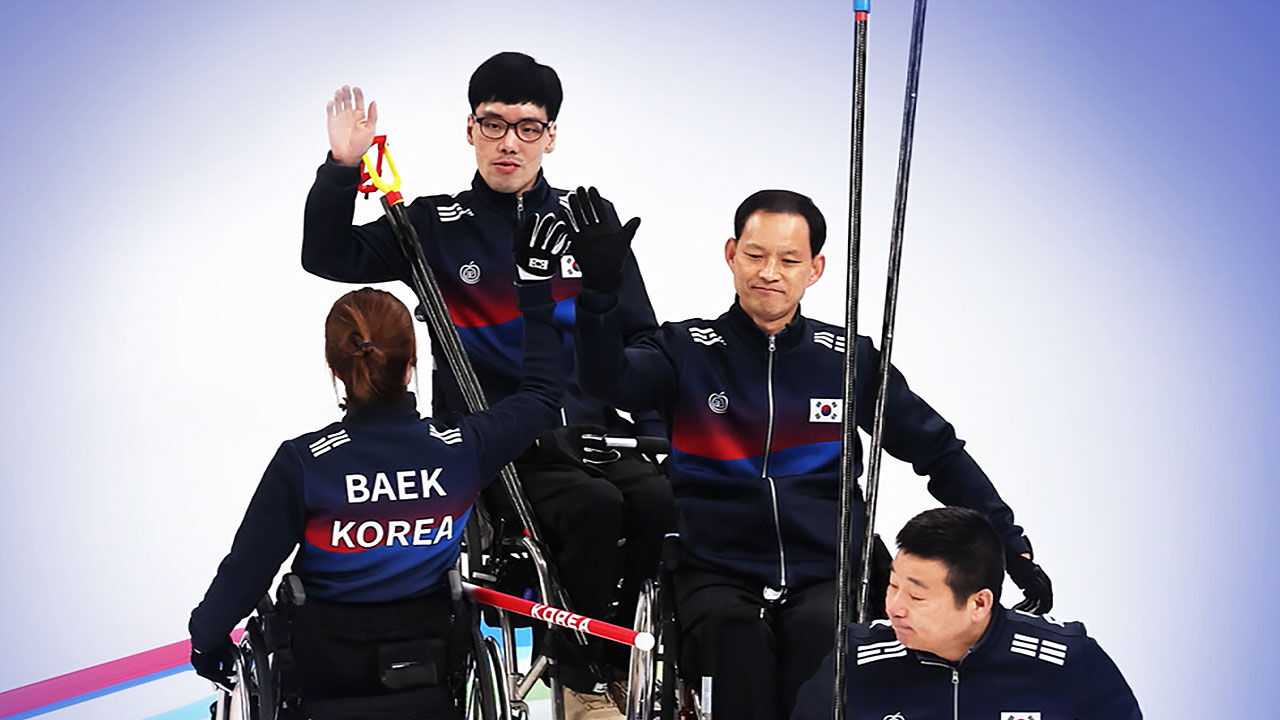 At the Beijing Paralympic Games, the wheelchair curling team made a stir by beating Canada, which was the leader, and continued their hopes of advancing to the quarterfinals.

national team, which was pushed to the brink with 1 win and 3 losses until the 4th game, made a big change against the leader Canada.

Instead of the previous captain Ko Seung-nam, the only female player and lead, Baek Hye-jin, took over the skip to plan the strategy,

Jang Jae-hyeok, the third, came out as the last solution. This hit.

In the 2nd end, which was disadvantageous as a first move, Jang Jae-hyuk made the lead with a perfect hit and roll shot, and succeeded in stealing 3 consecutive shots with exquisite shots in the 3rd and 4th ends.

In the 6th end, which was chased 4-2, Jang Jae-hyuk led a large number of 4 goals with a perfect draw shot, putting the wedge in a 9-4 win.

[This is the best scene of the game.

It's an amazing performance.

Do you believe it?]

[Jang Jae-hyeok / National Wheelchair Curling Team: I don't know if I'll be able to come back to the Paralympic Games anyway, but let's do our best, and the result seems to be good.] The

national team played 7-2 in the afternoon against Slovakia. It was unable to continue the upward trend.

This is the biggest watershed in saving hopes for the semi-finals.

The ice hockey team lost to Canada 6-0 and placed 3rd in Group B, and today will play in the quarterfinals against 3rd place Italy in Group B.