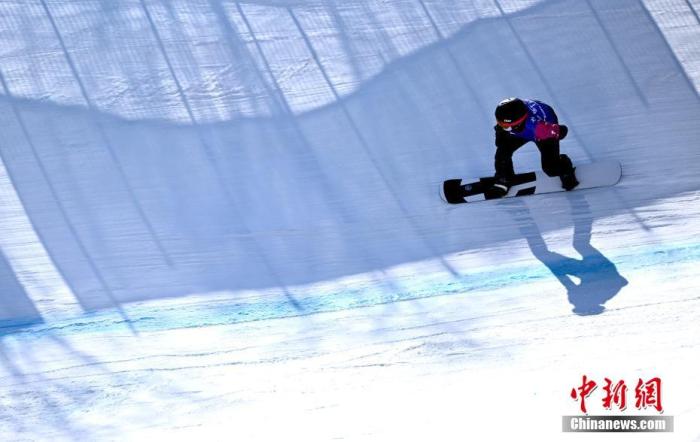 China News Service, Beijing, March 7 (Reporter Wang Zumin) On the third day of the Beijing Winter Paralympics, the Chinese delegation made persistent efforts and won 1 gold, 4 silver, 4 bronze and 9 medals, with 7 gold, 8 silver and 10 bronze totaling 25 medals. Still at the top of the gold medal and medal list.

Ukraine (4 gold, 3 silver and 1 bronze) and the Canadian delegation (4 gold, 2 silver and 6 bronze) ranked second and third respectively in the gold medal list.

The picture shows the champion Ji Lijia in the final.

The Paralympic snowboarder with 8 gold medals will start the gold medal battle on the 7th.

This time, the Chinese team sent 6 players to participate in the snowboard men's obstacle chase-UL competition, of which 5 were "post-00s".

After the first, second, quarter-final and semi-final rounds, four Chinese "post-00" teenagers, Ji Lijia, Wang Pengyao, Zhu Yonggang, and Zhang Yiqi, swept up four seats in the final, securing the first, second, and third place for the Chinese team ahead of schedule. .

In the end, Ji Lijia, Wang Pengyao, and Zhu Yonggang won the gold, silver and bronze medals respectively. This gold medal is China's first Winter Paralympic gold medal in snowboarding. This is also the first time that the Chinese delegation has achieved a single medal in the Winter Paralympics .

Zhang Yiqi (17 years old), the youngest in the "Post-00" group, ranked fourth in this category.

In the other two finals, the French player won the women's obstacle pursuit LL2 championship, and the Finnish player took the men's LL2 gold medal.

There are 4 major snow sports in this Winter Paralympic Games.

In the first two days of the event, the Chinese team has achieved zero gold medal breakthroughs in alpine skiing, biathlon and cross-country skiing.

Now, snowboarding has won the championship again, and the Chinese delegation has achieved full gold medal coverage in the four snow sports of the Winter Paralympics.

On March 6, Zhang Mengqiu displayed the gold medal on the podium of the Yanqing Awards Plaza.

The two will also participate in the women's slalom and giant slalom competitions respectively, which is expected to further expand their results.

On the 7th, the Paralympic cross-country skiing had four competitions between men and women in the long distance (traditional technique).

The two medals on the day were both from the men's long distance (traditional technique) - standing arena. "Post-00" teenager Cai Jiayun and 33-year-old veteran Qiu Mingyang won the silver and bronze medals respectively, and the gold medals were won by Japanese players.

Regrettably, in the women's long distance (traditional technique) - standing and visually impaired competition, Chinese players Zhao Zhiqing and Wang Yue both placed fourth and missed out on the medal.

After defeating the South Korean team at 9:4 on the afternoon of the 7th, the defending champion Chinese wheelchair curling team ushered in two consecutive victories, with 2 wins and 2 losses in the first 4 games.

On the evening of the 7th, Beijing time, the Chinese wheelchair curling team in the one-day double competition will also play against the Swiss team, and on the 8th will face the US team.

The Chinese Paralympic ice hockey team defeated the Czech team 5:2 on the evening of the 6th, and also won two consecutive victories.

After a 7-day break, the Chinese Paralympic ice hockey team will face the last opponent in Group B, Italy, on the 8th.

Although the Chinese Paralympic ice hockey team was only established in 2016, it has made rapid progress. In 2018, it participated in the World Championships for the first time and won the Group C championship and entered Group B. Group A, this Winter Olympics will strive for medals.

Because the 6 all-around finals of alpine skiing originally held on the 8th were moved forward to the 7th, the Beijing Winter Paralympics on the 8th will only decide the men's and women's middle distance - standing, seated and visually impaired in the biathlon arena. gold medal.