Can visually impaired players shoot? Do you know the cold knowledge of the Winter Paralympic Games?

China News Service Client, Beijing, March 8th. At the Beijing Winter Paralympics, the Chinese delegation continued to perform well. By the end of the third competition day, it continued to lead the medal list with 7 golds, 8 silvers and 10 bronzes. Many netizens lamented that they could not keep up with the speed of the Chinese team winning the medal. As the Chinese team made all appearances in 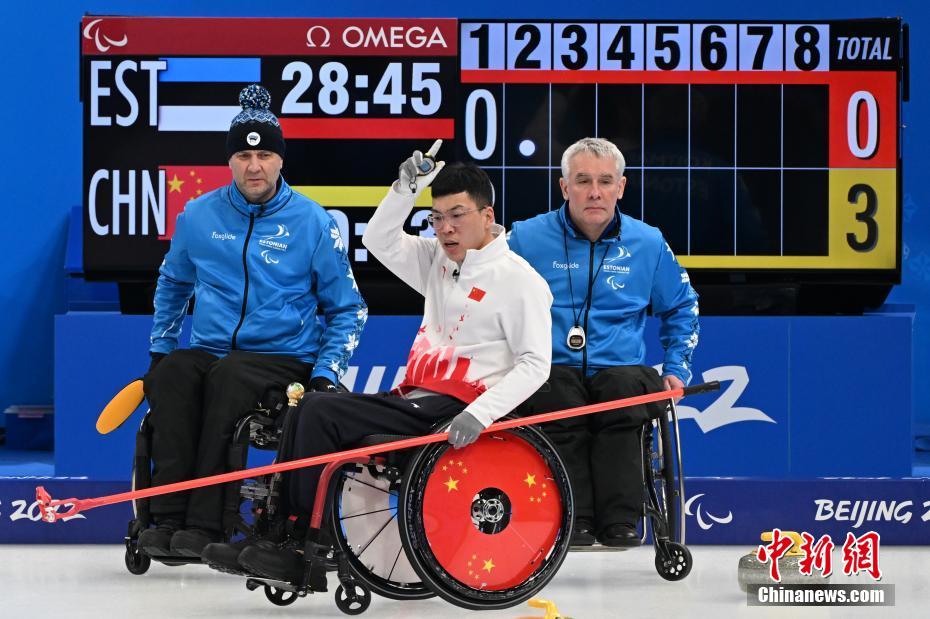 China News Service Client, Beijing, March 8th. At the Beijing Winter Paralympics, the Chinese delegation continued to perform well. By the end of the third competition day, it continued to lead the medal list with 7 golds, 8 silvers and 10 bronzes.

Many netizens lamented that they could not keep up with the speed of the Chinese team winning the medal.

So, do you know these cold knowledge?

At the Beijing Winter Olympics, curling successfully came out of the circle, and many people are very interested in this sport with the soul of "wiping the ground".

How should curling be played at the Beijing Winter Paralympics?

In the Winter Paralympic Games, the curling competition adopts the same rules as the able-bodied competition, but there is no need to brush the ice. Athletes need to sit in a wheelchair to play the competition. In addition to throwing the bowl with their hands, they can also use a throwing rod to hang above the bowl. Throwing pot.

Cross-country skiing is known as the "snow marathon", which especially tests the endurance and willpower of athletes.

At the Winter Paralympics, cross-country skiing will compete in standing, sitting and visually impaired events according to the athletes' conditions.

In the seated event, a pair of skis needs to be equipped with a chair, and the athlete sits on the chair to slide.

Visually impaired athletes will need a sighted facilitator to compete with them.

Biathlon is a combination of dynamic and static competition, and athletes need to master the skills of cross-country skiing and shooting.

Even visually impaired athletes can participate in the biathlon events at the Winter Paralympic Games.

During the game, athletes can use sound signals to assist, and determine the timing of shooting according to the signal strength.

The "youngest" event of the Winter Paralympics

With the development of the Winter Paralympic Games, more and more events have entered it.

At present, the most "young" sport in the Winter Paralympic Games is snowboarding.

In this Winter Paralympic Games, the average age of the Chinese snowboard team is only 21.8 years old, making it the youngest team in the Chinese sports delegation.

The "universal" cue on the ice rink

At the Beijing Winter Olympics, the highly confrontational ice hockey event also left a deep impression on the public.

When it comes to the Winter Paralympics, how will this project work?

In the Winter Paralympic ice hockey competition, athletes sit on special seats on sleds. The cue is an "artifact" in the hands of athletes, which is needed for sprinting, sharp turns, sudden braking, passing, and shooting.

Xue Rongrong at the opening ceremony of the 2022 Winter Paralympics in Beijing.

Does Xue Rongrong have a mouth?

Unlike Bing Dun Dun, which is based on pandas, Xue Rong Rong is based on red lanterns, and it is not as obvious as Bing D D Dun in the appearance of facial features. Therefore, whether Xue Rong Rong has a mouth or not has become a hot topic among netizens. .

In the previous interview, the person in charge of Xuerongrong's design team said that Xuerongrong has a mouth.

"The long arc at the bottom of the snowball on the face is its mouth, and the blush on both sides corresponds to the face, which is an image expression. The irregular shape at the top of the snowball is like an eyebrow arch, one left and one right, the snowball The changes of the eyebrows drive the brow arch to change flexibly, and then make a rich and varied facial expression.” (End)