The “El Clasico” confrontation between Al Wahda and Al Ahly youth, and the “Abu Dhabi Derby” between Al Ain and Al Jazira, will decide the identity of the qualifiers for the Professional Football League Cup final, when they meet this evening, in the second leg of the semi-finals, and the four teams enter with relatively equal chances, which is what increase m 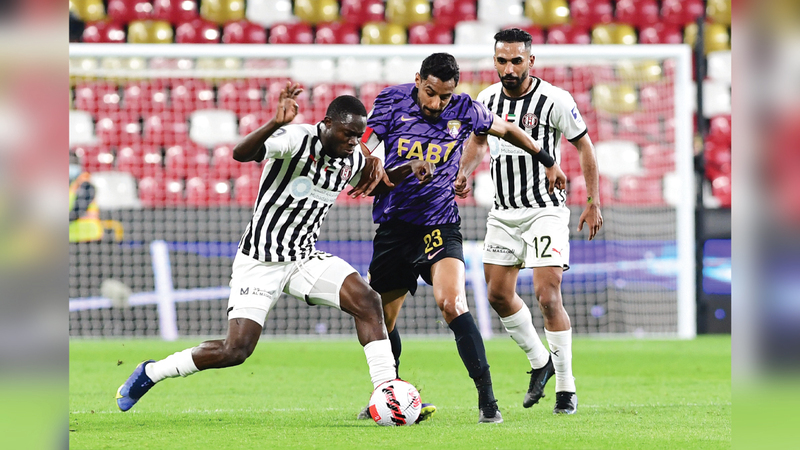 The “El Clasico” confrontation between Al Wahda and Al Ahly youth, and the “Abu Dhabi Derby” between Al Ain and Al Jazira, will decide the identity of the qualifiers for the Professional Football League Cup final, when they meet this evening, in the second leg of the semi-finals, and the four teams enter with relatively equal chances, which is what It increases the heat of the two confrontations that are considered a repetition of the semi-finals of the 2008-2009 season, as the same teams faced each other, and Al Wahda qualified to face Al Ain, and the "leader" won the title.

At Al Nahyan Stadium in the capital, Abu Dhabi, at 05:45 pm, Al Wahda will receive its rival, Al-Ahly youth, who is required to take advantage of the euphoria he is experiencing after his results in the ADNOC Professional League, in order to win the match, and compensate for his loss with a clean goal in the first leg. Which brought the two teams together in the middle of last week at Rashid Stadium, and "Al Annabi" wants to qualify to be the only team competing on all fronts, as it reached the President's Cup final, and occupies second place in the league standings behind the leaders Al Ain, by only four points.

On the other hand, the Al-Ahly youth enter the confrontation and set their eyes on taking advantage of the first leg, which they settled in their favour, with a clean goal, but at the same time the team will be required to be very careful, especially as it knows its opponent more, as they faced each other last Friday in the 18th round of the league, and lost the match 1 -3.

The guests have the advantage of winning in the previous nine matches in the League Cup, as they won 4 matches compared to three matches for the hosts, while the two matches were tied, but the Dubai Knights excel in the scoring tally by scoring 12 goals, compared to 10 for the guests.

Al-Wahda qualified for the semi-finals at the expense of Al-Nassr, with a goalless draw in the first leg at Al Maktoum Stadium, and a 2-0 victory at Al Nahyan Stadium, while Al-Ahly youth reached this role by defeating Ajman in the first leg 2-1, and back 1-0.

In the second confrontation, which starts at 08:15 pm, at Hazza Bin Zayed Stadium, Al Ain team enters to face Al Jazira in full ranks with the return of all its players to the list, the last of whom is Khaled Al Balushi, who participated in the “leader” meeting in front of the reserve of Arabism last Saturday. The team has the advantage of scoring away from home.

Al-Jazira has no alternative but to qualify to revive its chances of exiting the season with a title at the very least, after leaving the President’s Cup early, and leaving it in the competition table for the league title, as it has 32 points now with a postponed match, and the team does not suffer from absences yet. The return of his guard, Ali Khaseef.

History stands next to the "leader", as the two teams met in 11 previous matches in the Professional League Cup, and Al Ain excelled in five meetings, Al Jazira won in four, and the tie dominated two meetings, and the "leader" scored 20 goals, while "Pride of Abu Dhabi" reached the net. in 18 times.

Al-Ain’s qualification to the semi-finals came with great difficulty at the expense of Al-Wasl, as it tied in the first leg against Al-Wasl at Hazza Bin Zayed Stadium 3-3, and won the return in Dubai 4-3, and in turn, Al-Jazira made a difficult path as well, as its qualification came at the expense of Ittihad Kalba After a 3-3 draw at Kalba Stadium, and a 2-1 home win at home.