Johaug on the future of the Swede: "Jonna can become a new queen"

The three-mile race at Holmenkollen became Therese Johaug's last World Cup race in Norway. The question now is who will take over the Norwegian's role as ski queen? Johaug himself predicts that it will be a Swedish. - Jonna can become a new queen, she says to SVT Sport. 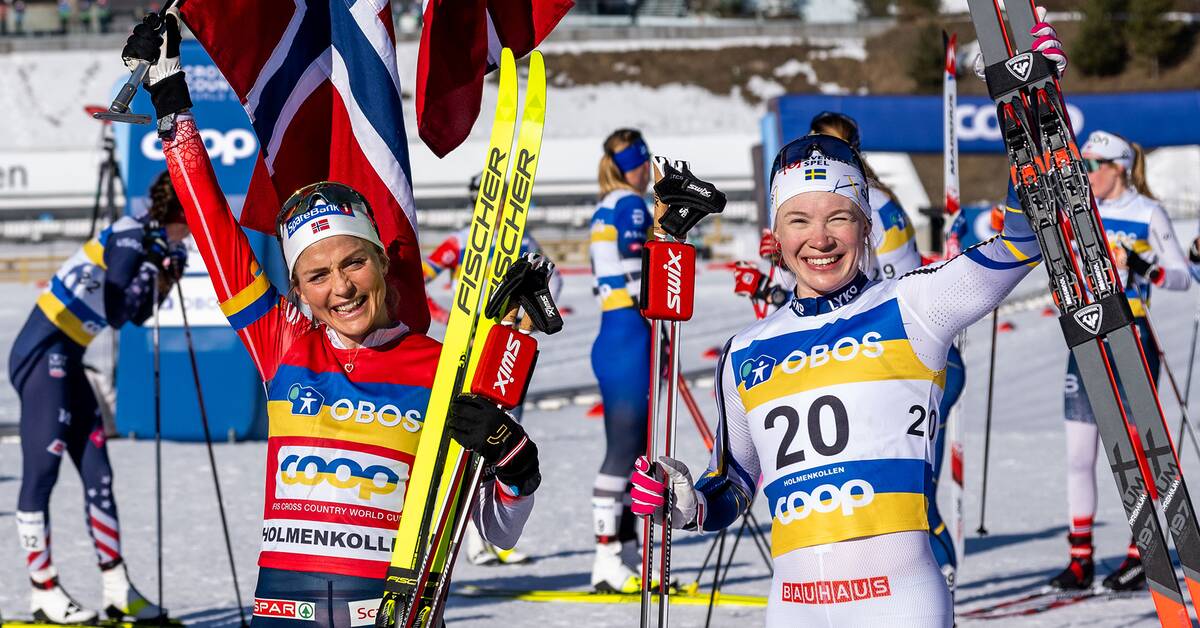 The 33-year-old's farewell race in front of the home fans in Holmenkollen was a single long triumphal procession.

"Jonna can become a new queen"

Behind Johaug, sprint specialist Jonna Sundling finished third - her first podium place in a distance race in the World Cup.

With both World Cup gold and Olympic gold in the sprint, and now also top places in distance running, Johaug predicts that Sundling will be dangerous in the overall World Cup next year.

- Jonna is definitely someone who next season can be involved and fight for the World Cup ball.

With her achievements in sprint and now at a distance, she has taken great strides.

It's great fun to watch.

She can become a new queen, says Johaug to SVT Sport.

Radiosporten's expert, Torgny Mogren, also believes that Sundling can be part of the fight for the overall World Cup in the future.

It remains to be seen.

Right now I am just very happy about my third place, says Sundling when she hears Mogren's prediction.

But the recent good results in distance have given more taste and there will probably be more longer races in the future, says Sundling.

- I do not think it will be less in any case, she states.