Last week, Dajana Jastremska was forced to seek protection from the bombs in the United States. Today she played the final of the Lyons WTA tournament. She lost it - but was greatly praised afterwards. - Everyone knows how difficult the situation is for her, says final winner Zhang Shuai. 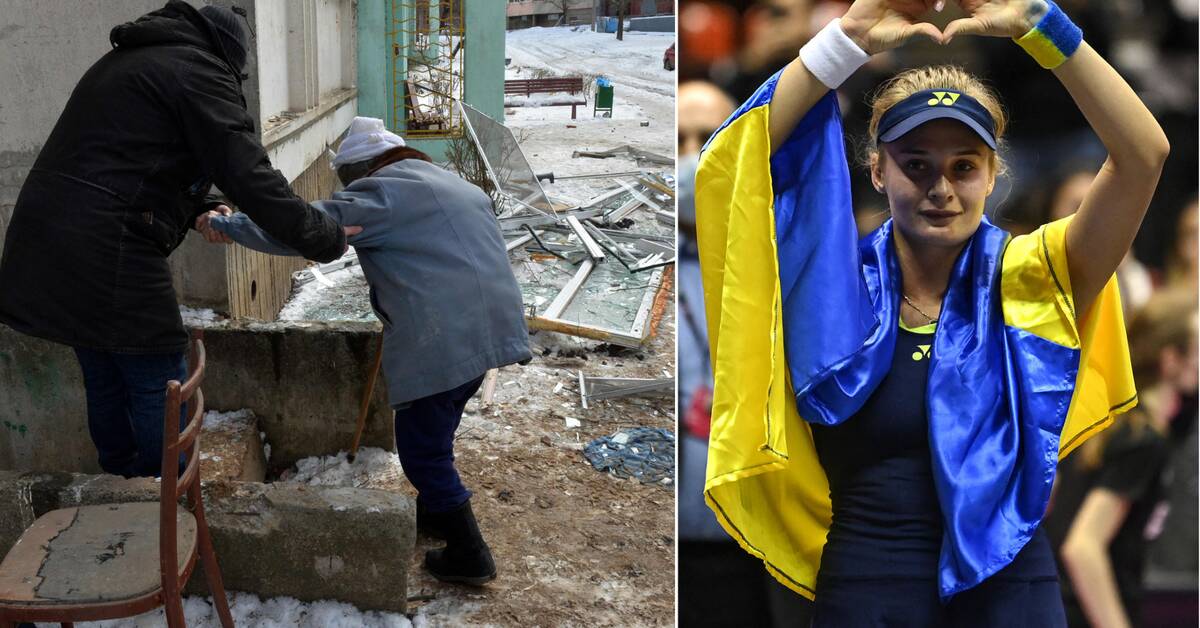 Last week, Dajana Jastremska and her family sought refuge from the bombings in Ukraine, spending two nights in an underground shelter.

But this week has been something completely different for her.

The 21-year-old, who is ranked 140th in the world, received a wild card for the WTA tournament in Lyon where she went all the way to the final.

There, however, was a loss, despite winning 6-3 in the first set against the eighth-seeded Chinese Zhang Shuay.

But the next two sets won the Chinese, despite Jastremska breaking her serve twice, 6-3 and 6-4, taking her first WTA title in over four years - and her first title outside of China.

- A fantastic week, with a high quality TV final, says Zhang, who paid tribute to his Ukrainian opponent, according to the WTA Tour's website:

- She plays so well and very powerfully.

So I was really focused on myself today.

I'm really proud of the win.

"Know how difficult the situation is"

But despite Shuai winning, it is Jastremska that has received the most attention.

And the situation in her home country was something even Shuai brought up.

- Everyone knows how difficult the situation is for Dajana.

The French people have been very kind to her, and that's why I love France.

Honestly, I understand that the audience supported her, she says, according to the newspaper L'Equipe.

Jastremska had a large Ukrainian flag around her when she gave a speech after the match, and then sent a greeting to her home country.

- The prize money I won here I will donate to the Ukrainian Federation to support the country.

If the Ukrainian people see me, I want to say hello that you are so strong.

You have such a pass and have such a fantastic fighting spirit and I try to fight for Ukraine.

I want to thank all the people of Ukraine for standing behind the country and showing what a fantastic spirit there is in the country.

Glory to Ukraine, she said.