Tuktamysheva's new program, Katsalapov's childhood photo and Kostornaya's exact diagnosis: what is being discussed in the world of figure skating

Choreographer Adam Sola shared his impressions of working with Elizaveta Tuktamysheva, and bobsledder Nadezhda Sergeeva expressed sympathy for Kamila Valieva, in whose doping test the same banned drug was found. Elena Levkovets, the first mentor of Yulia Lipnitskaya, agreed on the need to raise the age limit for women, and Nikita Katsalapov shared a childhood photo. What is discussed in the world of figure skating - in the material RT. 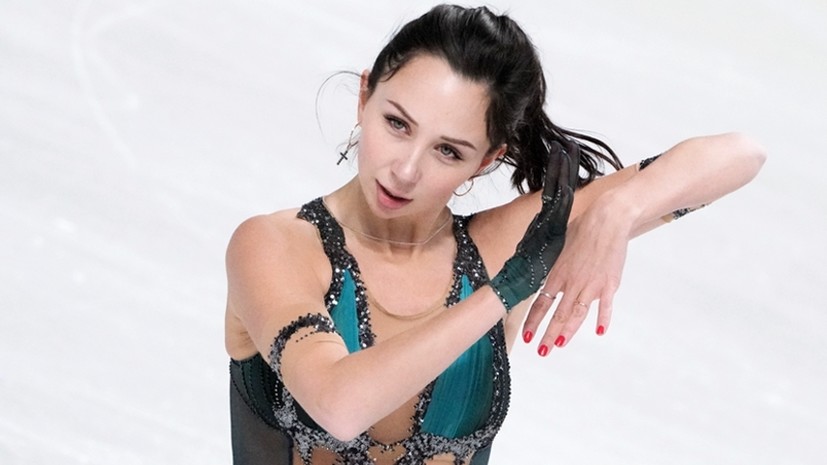 A new twist for Kostornaya

Despite the removal of Russians from international competitions, life in figure skating continues.

The main news of the week, perhaps, was the transition of Alena Kostornaya from Eteri Tutberidze to Elena Buyanova.

However, this time, unlike the “transfer” to Evgeni Plushenko, a year and a half ago, the initiator of the gap was not the figure skater, but the coach.

After the outgoing athlete, reproaches suddenly flew for a frivolous attitude to training, as well as an unwillingness to compete at the Russian championship in December, when he was selected for the national team for the Olympics.

Then, Kostornaya, we recall, had a broken arm, but Tutberidze's headquarters considered that it was quite possible to go on the ice with such an injury.

For example, the choreographer of "Khrustalny" Alexei Zheleznyakov said that Alena's career "ended on her little finger."

That even with a broken little finger on a finger, not a leg, you can work and achieve success, ”the specialist said in an interview with Sport Express.

A few days after these statements, on Instagram of the official fan club, the skaters published the conclusion of Kostornaya's computed tomography, which indicates that the injury was still somewhat more serious.

“The CT picture is more consistent with an incomplete marginal fracture of the dorsal-lateral surface of the second metacarpal bone without displacement,” says the document, which the administrators say they received from the athlete herself.

Meanwhile, Kamila Valieva and Mark Kondratyuk, who became Olympic champions in Beijing in the team tournament, received the titles of Honored Masters of Sports.

Earlier, in the analyzes of a 15-year-old figure skater, trimetazidine was found - a drug that four years ago during the Games in Pyeongchang was found in bobsledder Nadezhda Sergeeva.

The Russian woman was then able to prove that the prohibited substance entered her body by accident as a result of the use of a contaminated authorized drug.

However, she still had to serve a nine-month suspension.

This week, Sergeeva, in an interview with Match TV, drew parallels between the two cases and said that Valieva probably stepped on the “same rake”.

“Nothing has changed after my ordeals.

Four years - and no one answered for anything, ”the bobsledder was indignant.

She stressed that Valieva and her team "are not so stupid as to deliberately take meaningless microdoses."

“And then foreigners start to hate, although it would be better if they hated a Ukrainian woman who got caught on real doping.

Steroids have been caught for half a century, I don't know what she was thinking.

Valieva has a useless drug in a tiny concentration.

It is clear that this is not an intentional method, ”Sergeeva emphasized.

Elizaveta Tuktamysheva did not waste time during the Olympics and has already prepared a short program for the next season.

Belgian choreographer Adam Sola worked on the production with the Empress.

The specialist told how he and Alexei Mishin decided to reveal new facets of the figure skater's talent, which "were hidden in the depths of her soul."

“You know Lisa's repertoire: very high-speed movements, the atmosphere of the East, sensuality ... Each of her programs is filled with unique energy.

The whole week spent with Lisa, I saw how happy she was.

She welcomed me very warmly, listened carefully to all my ideas and studied the movements.

She herself contributed a lot of creativity to this program - namely creative elegant finds, ”said the specialist in an interview with Match TV.

Work on the new program took place just during the women's tournament in Beijing, and, according to Sola, it was a very wise decision for Mishin to start staging during this period.

“I have never noticed even a shadow of frustration and negativity on Lisa's face due to the fact that she did not get into the main tournament of the season.

Unfortunately, I cannot tell you the music and image of our program now.

I will only note that this is a transformation, a new Lisa on ice, ”said the Belgian.

The audience was supposed to see the Tuktamysheva program this weekend at the First Channel Cup, but the competition was postponed indefinitely.

At the same time, the discussion of the past Olympics and, in particular, the performance of Alexandra Trusova, who for the first time in the history of women's skating performed five quadruple jumps in one program, is still ongoing.

Despite the highest technical score, the figure skater took second place, losing gold to compatriot Anna Shcherbakova - and this became the subject of debate among experts.

Some, like Oleg Vasiliev, believe that Alexandra should have won, others, for example, Maxim Marinin, are sure that Anna's gold is well-deserved.

Alexander Zhulin, who gave a long interview following the results of the 2022 Games, also leans towards the latter point of view.

He noted that Trusova's record achievement in the free program is respected, but we still need to work on the second mark.

“Sasha needs to reconsider her program and understand that between jumps she just rushes on the ice ... Anya’s program is more saturated, ornate - this must be admitted.

The strength of a person lies precisely in this, to admit their mistakes, to look in the mirror more often, ”said the coach.

So, I have been standing on the ice for two years now.

There is a cassette with my first steps, I loved watching it as a child.

It seems to me that I even remember the sensations of walking, holding on to the side.

Then I didn’t know how it would all turn out, ”the skater signed the picture.

In Russia, it seems that they have come to terms with the fact that a gradual increase in the age limit will begin from the 2023/24 season, and they even find positive aspects in this decision.

So, Elena Levkovets, the first coach of the 2014 Olympic champion Yulia Lipnitskaya, agreed that this step was justified, although she admitted that the innovation appeared primarily due to the success of Russian athletes.

“On the one hand, this is even a plus.

But earlier, when the same Tara Lipinski won the Olympic Games at the age of 15, no one thought about the age limit.

When Yulia Lipnitskaya became the champion, they began to talk, and it went on increasing.

Russia has very good results in figure skating now, and, probably, someone does not like it, ”said the mentor of 14-year-old Veronika Yametova, who recently won the Russian Cup final.

According to the expert, it is necessary to raise the bar gradually and no more than for two years.

This is what the International Skating Union plans to do.

“At 16-17 years old, these are already mature athletes.

and Veronika Yametova the difference is a year, but they cannot be compared.

One is already quite an adult, and the other is still small.